The referee pushes the Astros player and shouts, "I can do anything I want" in a bizarre exchange 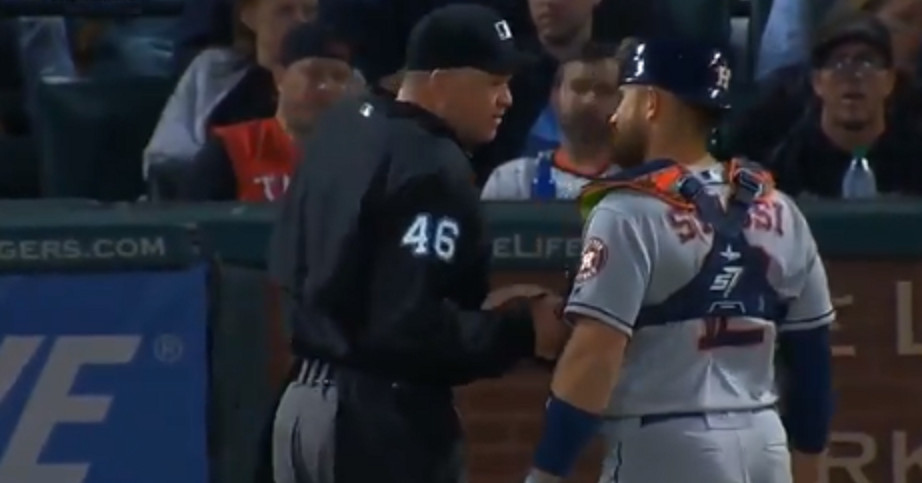 The MLB referee, Ron Kulpa, discussed with the Astros on Wednesday night, and this went beyond the line of the acceptable and absurd. It started in the second run, after Astros director A. J. Hinch left the canoe to tell Kulpa what he thought were several bad calls in the end zone.

Hinch simply said "you can not go on like this", to which the referee replied "I can do anything I want". Kulpa repeated the sentence by adding a "it's just" for good measure. It did not end the problems, not far away.

In the third set, Kulpa played again – this time with pitcher Gerrit Cole.

The video shows that Cole does his best not to say anything to Kulpa, containing his emotions and returning to the mound after giving up a shot. That's exactly what he's supposed to do in this situation – but that was not enough for Kulpa, who screams after the thrower, before pushing the Astros catcher, Max Stassi.

Then, if that was not enough, Kulpa stood between the two at the top of the fourth row, interrupting Cole's warm-up. All was a preventable mess and he left fans – as well as players asking questions.

Hinch was surprisingly calm and collected when asked about the incident after the match.

Comments were more measured this time. Hinch mostly refused to comment on what was said between his team and the referee at home, Ron Kulpa. The spring training is over, friends. pic.twitter.com/PkSAJQOedI

It is unclear why Kulpa so wanted to thwart the Astros Wednesday night. Obviously, this kind of dispute between the referees and the teams is a routine, it's part of baseball – but it has gone beyond the limits.