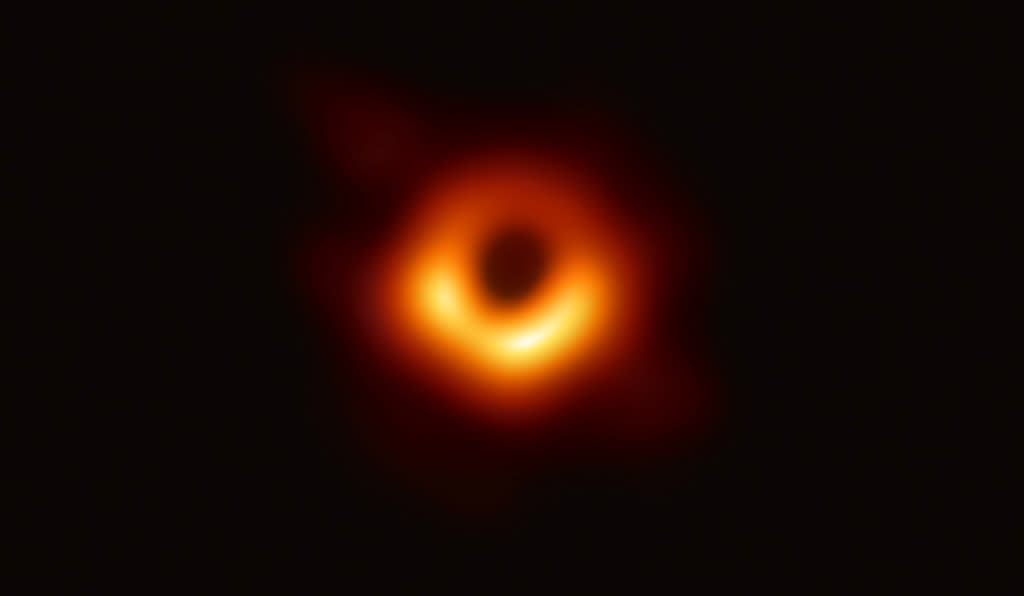 New York (AFP) – An American computer scientist named Katie Bouman has become an overnight sensation due to her role in developing a computer algorithm allowing researchers to take the first picture of a black hole in the world.

"I'm so excited that we can finally share what we've been working on for a year!" Bouman, 29, a postdoctoral researcher at the Harvard-Smithsonian Astrophysical Center, rushed to her Facebook account Wednesday after the publication of the picture.

The term "black hole" refers to a point in the space where the material is so compressed that it creates a field of gravity to which even light can not escape. The massive black hole in the photo released Wednesday stands at 55 million light-years at the center of a galaxy known as the M87.

Although the existence of black holes has been known for a long time, the phenomenon has proved impossible to observe.

In 2016, Bouman developed an algorithm called CHIRP to sift through a veritable mountain of data collected by the Event Horizon Telescope project into telescopes around the world to create an image.

The volume of data – several petabytes (several million billion bytes) – was contained in a mountain of computer hard drives weighing several hundred pounds that needed to be physically transported to the Haystack Observatory of Westford, Massachusetts, managed by the Massachusetts Institute of Technology (MIT).

To ensure image accuracy, the Harvard-Smithsonian Astrophysical Center, managed by Harvard University, transmitted the data to four different teams. Each team independently used the algorithm to obtain an image.

After a month of work, the four groups presented their results to the other teams.

"It was the happiest moment I've ever had [when] I saw that all the other teams had very similar pictures, with the lower half brighter than the top half. It was great to see everyone understand that, "Bouman told The Wall Street Journal.

"No algorithm or person has created this image," wrote Bouman, who will debut in the fall as an assistant professor at California's Institute of Technology (Cal Tech).

"It took the incredible talent of a team of scientists from around the world and years of hard work to develop the instrument, the data processing, the imaging methods and the techniques analysis needed to achieve this seemingly impossible feat, "she said on Facebook.

"It's truly an honor and I'm very lucky to have had the opportunity to work with you all."

Joggers and cyclists should wear masks – here’s why