The son of Osama bin Laden: the United States offers $ 1 million for information 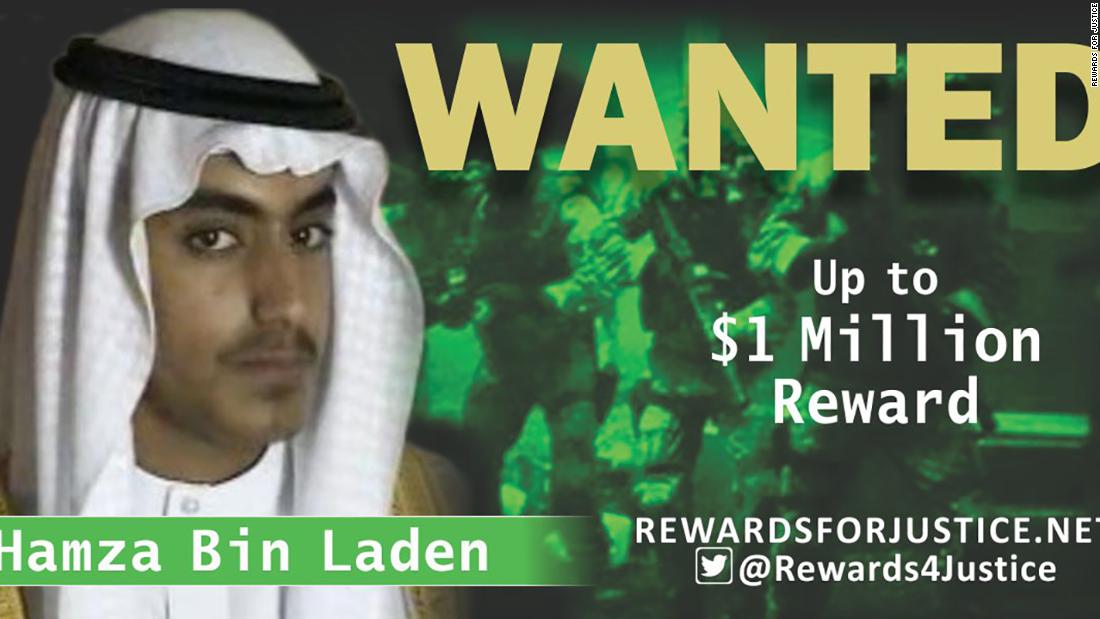 Hamza bin Laden, whose father was killed by US seals in Pakistan in 2011, is becoming a leader in the al-Qaida terrorist network, according to the US State Department.

"He has posted audio and video messages on the Internet, calling on his supporters to launch attacks against the US and its western allies," he said in a statement.

The State Department said that when his father was killed, items seized in his hiding place in Pakistan indicated that he was preparing Hamza bin Laden to replace him at the head of the terrorist group.

The young bin Laden is married to the daughter of the main hijacker during World Trade Center attacks in September 2001, the state department said.

While US authorities are tracking him down, UN member states are required to freeze Hamza bin Laden's assets and comply with a travel ban and arms embargo, the government said. State Department Against Terrorism.

US authorities believe Hamza bin Laden is between 30 and 33 years old.