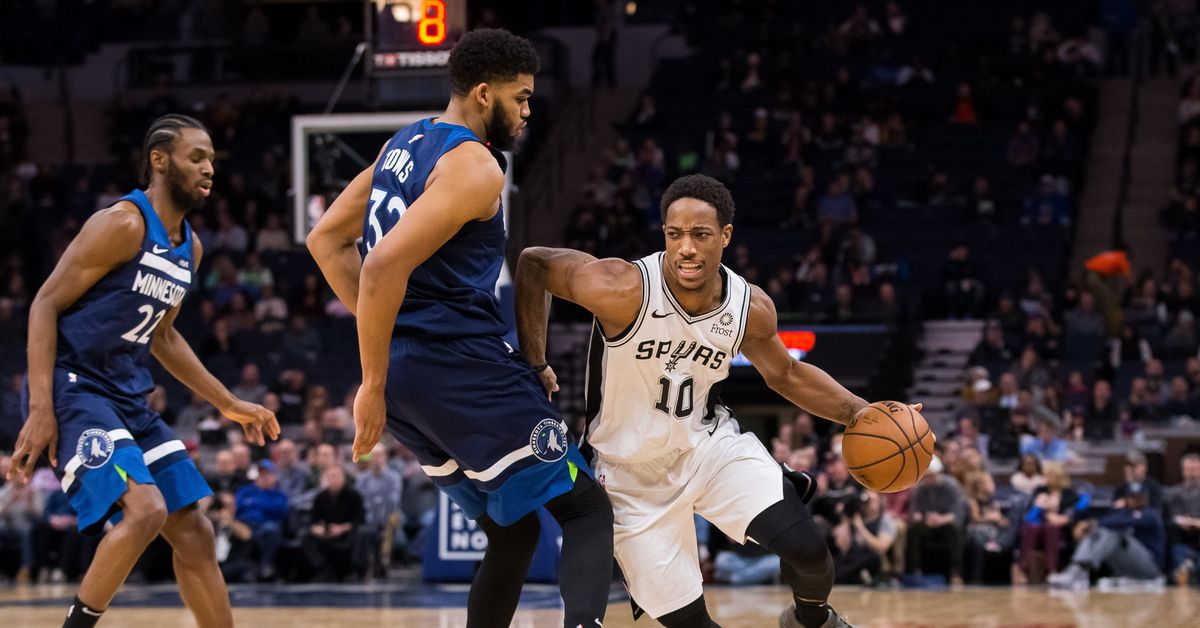 It's not worse than that. The Spurs were not only won over by the Timberwolves in what turned out to be one of the worst casualties of the Gregg Popovich era, but they also uncovered some of their greatest weaknesses. The final score of 128-89 does not reflect how embarrassing they were in every aspect.

Let's start with the game plan. Pop decided to change training, sending Dante Cunningham back to the bench. The move made sense, but the timing and the execution were at best questionable. Instead of inserting a shooter into a unit that already has three players needing the ball, Pop went with Derrick White. He also made the decision to go little by little to a gigantic team of two big men and two big wings in the perimeter. Unsurprisingly, the Wolves left White or DeMar DeRozan open to help inside and chased the fighting to the other end, while Andrew Wiggins reported White and Taj Gibson went to Rudy Gay.

Although Pop deserves a lot of criticism for failing to anticipate the problems that his new starting unit might have matched those in Minnesota, players should not be excused for this pitiful performance. For the third consecutive game, the starters played without any urgency to start the game. Faced with a larger opponent, they have not found their physical to catch up. The bench again did enough to keep the team in the first quarter, but collapsed completely against a second Wolves unit that was not only more talented but also more aggressive. They seemed surprised to face the pressure of the defense and to cough like crazy.

The problems go beyond the attitude, unfortunately. The execution on both sides was disastrous, as was the case on many nights. The offensive continues to be disconcerted by the most predictable doubles teams, as if the players and Pop were really surprised by the fact that their opponents leave the non-shooters open at guard posts that take a long time to get in. square. The transitional defense is always a disaster and half-court defense is hardly better. Pop at one point went with an area, which is essentially an admission that he does not trust his players to run the defensive system. Sometimes, individual performances compensate for mediocre team games. Not Wednesday.

It was really one of the worst Spurs games in a long time. The sighting was almost nightmarish. Sean Elliott's juxtaposition complained incessantly about how the league had changed and congratulated the players for allowing three points to slip while the Spurs were playing in a regression style and being destroyed. The guttural grunts on the sidelines of Tom Thibodeau gave the proceedings the feeling of a documentary on nature in which the Spurs were defenseless gazelles. Derrick Rose, a nasty certified, was ovationnée. It was surreal.

Fortunately, it's over now, and the Spurs have to move on. They know and we know that they are not so bad. This will probably be the worst loss of the season. The playoffs remain a realistic goal for now. They will eventually have to solve at least some of the underlying problems that plagued them all season and made that loss possible, but time is running out.

Fortunately, this trip on the road is finally over and eight of the next 10 games will be held at home, where they have been significantly better. It is still possible that in 2019, the Spurs are still in the playoff race and this defeat will be more than a memory.

Up next: Vs. Rockets Friday

The Rockets, currently the second worst team in the conference, will travel to San Antonio for the second time this season. The first was a Spurs victory. Both teams have to bounce back after heavy defeats. So it should be a battle.