The Stratolaunch, the world's largest aircraft, takes off for its first flight 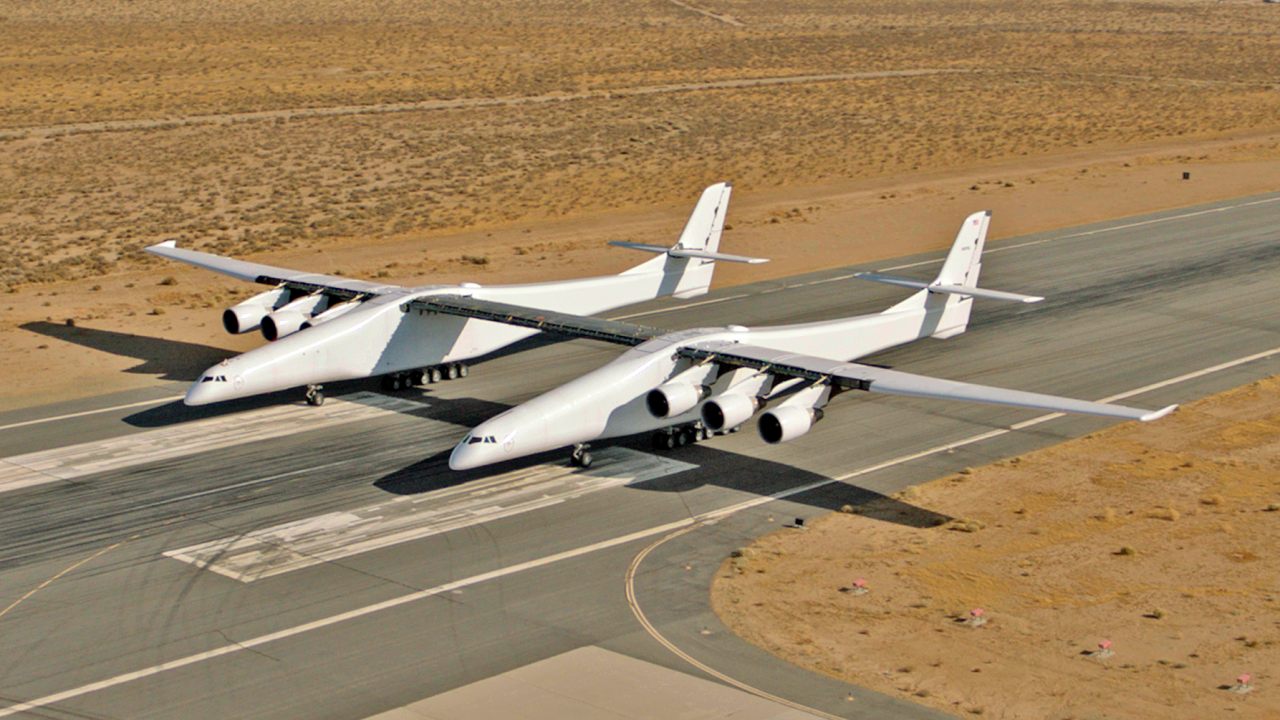 The Stratolaunch, the largest type of aircraft in the world, took off for its maiden flight on Saturday.

After years of development, the six-jet, dual-fuselage jet finally took off for the first time from Mojave Air and Space Port in California, United States, at 6:58 am local time. The flight lasted approximately two and a half hours, reaching an altitude of 17,000 feet (5,182 m) and a top speed of 189 km / h (304 km / h), according to Stratolaunch Systems.

Stratolaunch was developed by Northrop Grumman, a division of Scaled Composites, for Stratolaunch Systems Corporation, a company founded in 2011 by American billionaire and co-founder of Microsoft, Paul G. Allen. Stratolaunch Systems plans to use this aircraft to launch air-space rockets up to 500,000 lbs (226,796 kg).

Today's flight continues our mission to provide a flexible alternative to ground systems. We are extremely proud of the Stratolaunch team, today's crew, our Northrup Grumman Scaled Composites partners and the Mojave air and space port.Jean Floyd, CEO of Stratolaunch

The company is currently developing four different rocket systems, which can be launched from the central part of the aircraft wing. The first launch tests are planned for 2020, with a smaller rocket that can support a payload of up to 370 kg (816 lb).

Many Americans can file their taxes for free. Here is how to do it