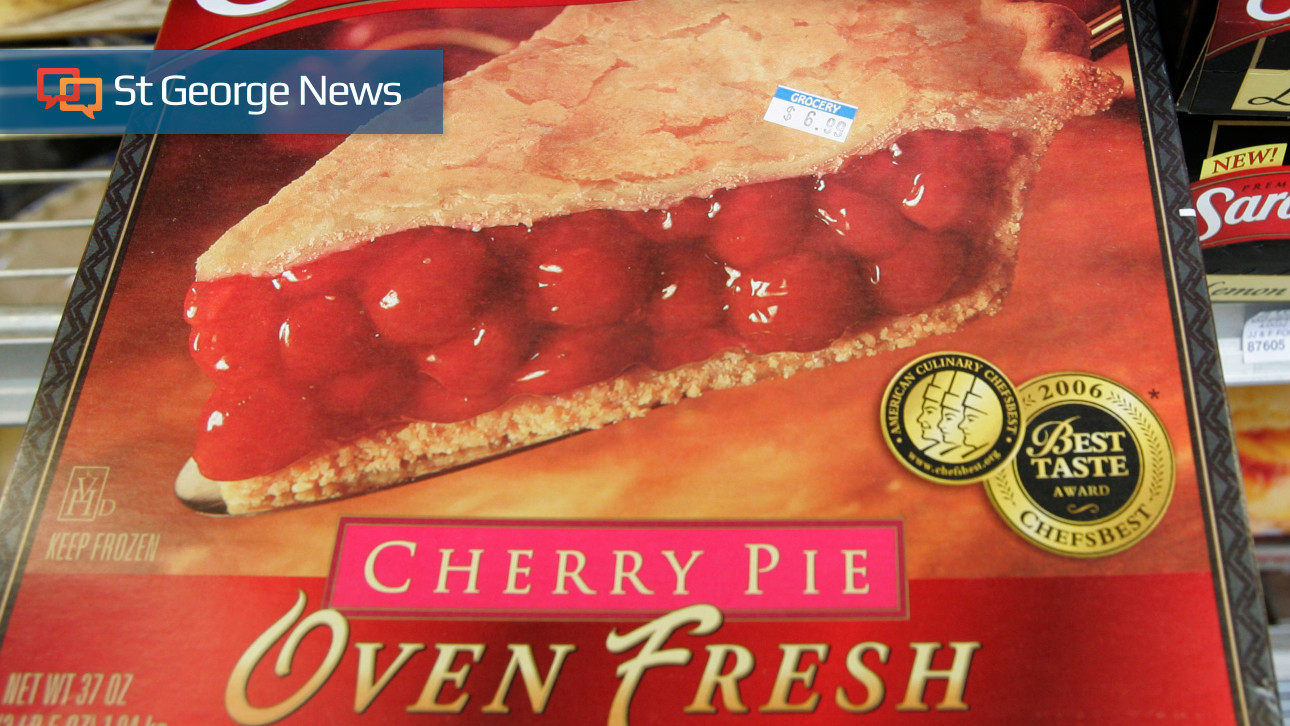 This archival photo shows a frozen cherry pie in the freezer of a California store on February 2, 2009. In 2019, the Food and Drug Administration is preparing to propose getting rid of a federal standard for frozen cherry pie, according to which products must be at least 25% by weight of cherries. | Photo Associated Press Paul Sakuma, St. George News

NEW YORK (AP) – President Donald Trump may soon claim a great victory thanks to his movement of deregulation, officials being prepared to get rid of the decades-old rules governing frozen cherry pies.

E-mails indicate that the US Food and Drug Administration planned to begin the process of revoking the standard for frozen cherry pies this week, followed by a similar revocation of the French sauce standard. Plans to eliminate the dark rules had been included in the Trump administration's deregulation program.

Standards for a range of foods including cottage cheese and canned peas were put in place decades ago to ensure a level of quality. They explain how products with specific names can be made, including mandatory or prohibited ingredients. The rules for frozen cherry pies stipulate that cherries must contain 25% by weight of cherries and not more than 15% of these are stained.

It is not always clear why some dietary requirements have standards and others do not. The rules are perceived as obscure by many and constitute a sore point in the food industry, with companies stating that they prevent innovation or initiate quick lawsuits. The FDA under Trump has announced plans to update the standards.

Lee Sanders of the American Bakers Association said he hoped the cherry pie standard would eventually be revoked, but that it would not make much difference to the industry.

"I'm sure our members produce cherry pies with enough cherries," she said.

The FDA also plans to re-examine the milk, which the federal regulation defines as coming from a cow. The dairy industry has called for a crackdown on manufacturers of soy beverages, rice and almonds that use this term.

Although any change to the milk rule is likely to be challenged, it is unlikely that the elimination of the standard for frozen cherry pies is controversial.

The standard for frozen cherry pies is an exception, as other fruit pies do not have similar rules. The same is true for French vinaigrettes: the Association of Dressings and Sauces, which once launched against a vegan for breaking the standard of mayonnaise, notes that other vinaigrettes are not subject to these standards.

Former FDA Commissioner Scott Gottlieb, who resigned this month, said in October tweet The FDA's priority was to "deregulate the frozen cherry pie". He apparently did not laugh.

In a statement released last week, the FDA said the dates were "for long-term internal planning purposes" and that the schedule could change. Standards updates will be noted publicly, the agency said.

Written by CANDICE CHOI, writer for food and health at Associated Press.

The Associated Press Health and Science Department receives support from the Howard Hughes Medical Institute's Department of Science Education. The AP is solely responsible for all content.

Copyright 2019 The Associated Press. All rights reserved. This material may not be published, disseminated, rewritten or redistributed.