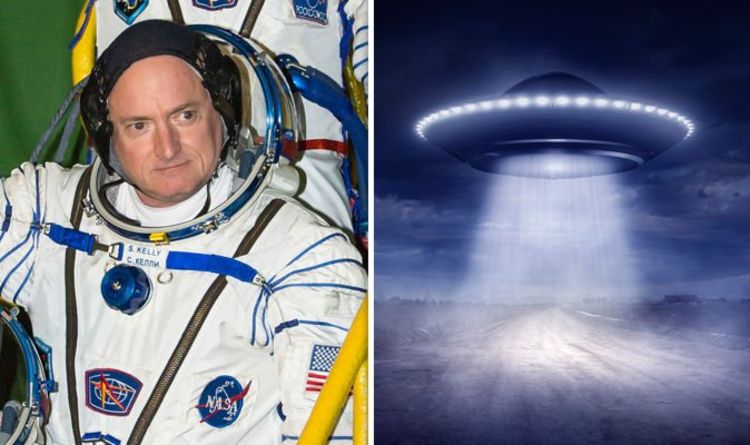 Scott Kelly is a former NASA astronaut who commanded the International Space Station (ISS) in Expeditions 26, 45 and 46. On March 27, 2015, Mr. Kelly was launched at Soyuz TMA-16M on the occasion of which marked the beginning of the year in the space. He detailed his career on social media by publishing regular updates.

However, a picture taken aboard the ISS attracted more attention than the others.

On November 15, Mr. Kelly tweeted a photo of India seen from outer space, subtitled: "The 233 day. It was a star on the south of India #GoodNight from @space_station! #YearInSpace. "

At first glance, the photo seemed to simply show that the country of Southeast Asia was illuminated during the night.

However, space specialists quickly noticed a small white object at the top right of the snap, which seemed out of place.

One answer said, "What is it in the upper right?"

Another added: "What is it in the upper right corner ?!"

A third asked: "Is this a UFO on the top of the frame?"

And a four flat-out said: "Great shot of a UFO Scott."

However, these theories were quickly debunked, some revealing that "the UFO" is actually part of the space station.

The high-definition Earth observation system, mounted outside the Columbus module of the European Space Agency, has a shape similar to that of the photo.

Today marks the 31st anniversary of the launch of the first "human satellite".

On February 7, 1984, Bruce McCandless became the first human to fly unattached in space when he stepped out of the US Space Shuttle Challenger and maneuvered with the help of A rocket backpack.

McCandless revolves around the Earth in tangent with the shuttle at a speed exceeding 17,000 km / h and is 320 m from the Challenger.

After an hour and a half of testing, backpacking and admiring the Earth, McCandless returned safely to the shuttle.