The wave of COVID-19 in Oregon has receded. Will these declines continue? 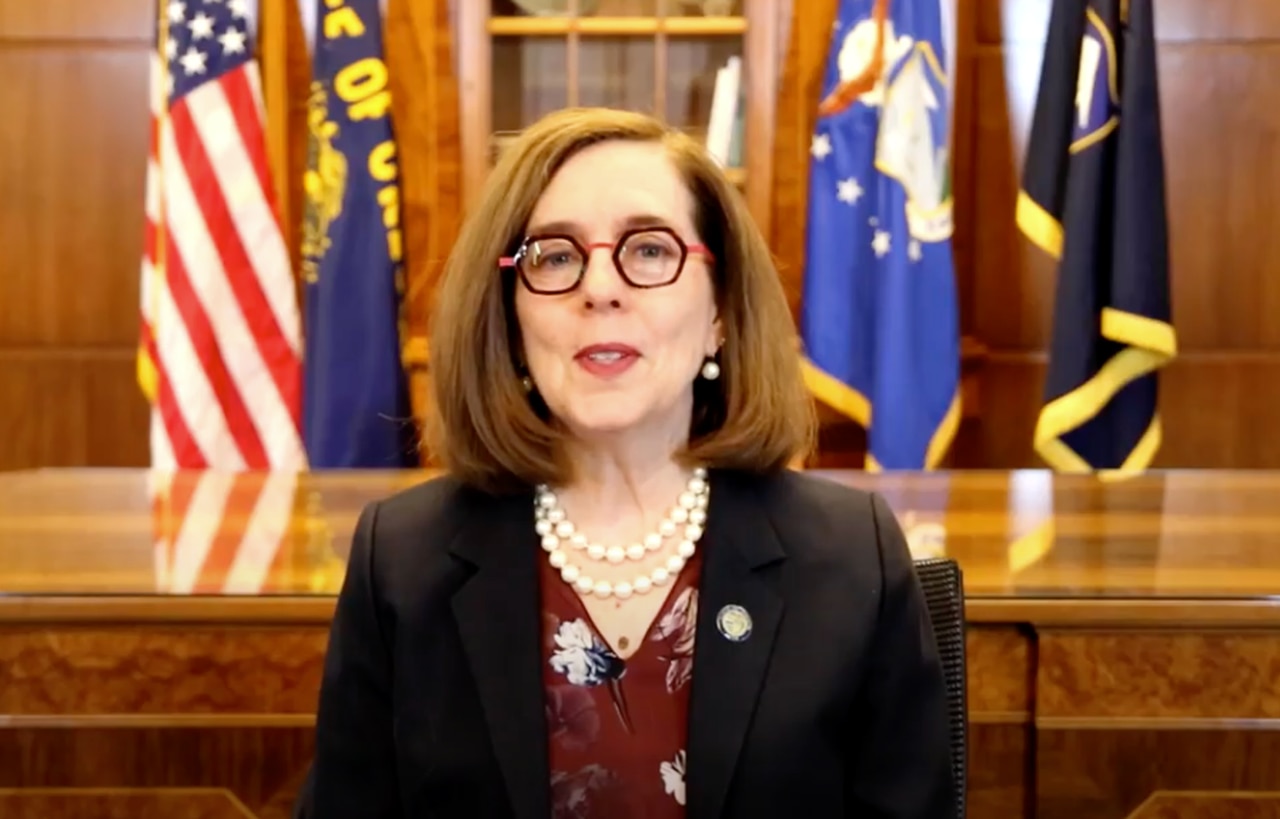 A press conference intended to summarize the current state of Oregon’s COVID-19 crisis began on a decidedly optimistic tone on Tuesday – with Gov. Kate Brown saying she had “promising news” on the decline in number of hospitalized patients and new daily infections identified.

“The good news is that while we still have a long way to go, it looks like things are slowly improving,” Brown said.

“Thank you to Oregonians for once again stepping up their efforts to stem the rising tide of infection,” Jeanne said.

But by the end of the press conference, the governor and the state’s deputy epidemiologist appeared to be sending mixed messages, acknowledging that while known daily new cases had plummeted in the first three weeks of September, they have now generally fallen. hit a plateau over the past week and officials are hopeful but unsure of what will come next.

Jeanne said he was not sure what impact outdoor mass events like the University of Oregon, Oregon State University and high school football games could have. have on the flattening rates of COVID-19 cases. Both Jeanne and the Governor acknowledged that the Pendleton Roundup in particular had fueled a very worrying spread in the eastern parts of the state.

“Let me be really, really clear,” Brown said when asked a reporter about his inability to mention the event until asked about it. “I didn’t go to the Pendleton Round-Up, which I love … because I was worried about the spread in the community.”

When asked if she was worried that the Mid-September Round-Up would spark a new wave in parts of eastern Oregon, Brown added, “I am seriously concerned.”

Brown, however, said she allowed the Round-Up to take place because it is up to every Oregonian to follow the rules, and she has mandated some of the strictest nationally by requiring masks in all indoor public spaces. and in outdoor environments where physical distancing cannot be maintained from others.

“We have one of the strictest security protocols in the entire country,” Brown said. “… If you watch an Ohio football game in Ohio, these stadiums filled with 100,000 people, there’s hardly a mask there.” It’s very different here in Oregon.

Respect for masks at football games in Oregon has been mixed, with many covering themselves up but many others wearing masks under their chins.

Mask requirements at the Pendleton rally were reportedly rarely followed. Some people attended the event even though they were showing symptoms of COVID, according to The East Oregonian, which said Umatilla County had linked 49 COVID-19 infections to the Round-Up. Officials believe the real number is higher because many infected people would not cooperate with contact tracers, the news agency reported.

Statewide, the number of new known daily cases of COVID-19 has fallen by 28% and hospitalizations have fallen by 26% in the past four weeks or so. Deaths also fell from an average of 19 reported per day to 16.

But last week tells a different story. Only hospitalizations continued to decline. Daily cases and deaths have remained relatively stable, with cases down just 2% over the past week.

As of Wednesday, the new known cases were on average about 1,630 per day. A forecast provided to the state last week predicted cases before Oct. 12 would decrease to 1,480 or increase to about 2,050 per day.

Jeanne, the state’s deputy epidemiologist, said he was still optimistic about the drop in COVID-19 numbers in the fall. He said it was still too early to say how much the start of K-12 schools and colleges and big fall events like the Round-Up will or could have on the longer-term numbers of the Oregon.

“Could all of these things have an effect on our cases and potentially slow down the decline we’re seeing?” Jeanne asked. “Absoutely.”