The White House wants NASA to put boots on the Moon by 2024. That seems … unlikely. 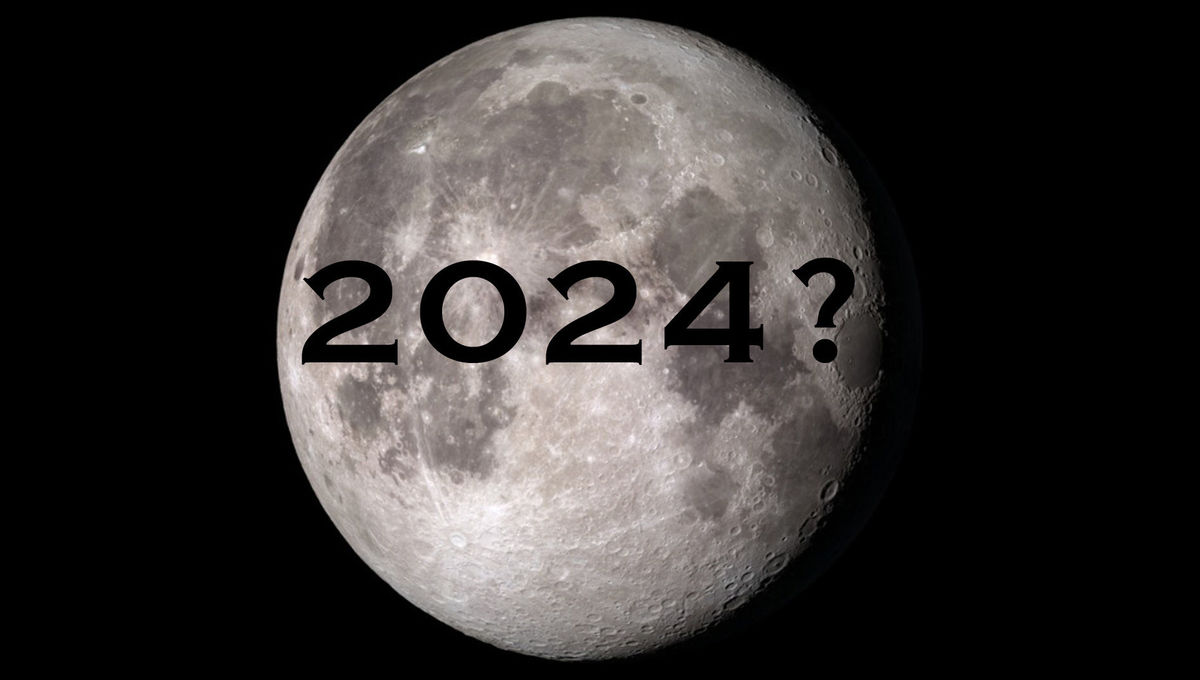 Yesterday, Vice President Mike Pence announced that he hoped NASA would land astronauts on the Moon by 2024.

Does anyone else have a problem with that?

[[[[tl; dr: I strongly suspect that this is a political puzzle, made by the White House, with little hope of success lot money in the budget is released. Even then, I'm not convinced that it can be done safely.]

OK, let's dig a little bit about it.

Yesterday, just before a meeting of the National Space Council in Huntsville, Ala., Pence delivered a speech urging NASA to return to the moon. That has already been said – oh, so several times so many administrations – but this time, instead of a vague target date, ten or twenty years in the future (I never believe in a claim in which the deadline is rounded to the nearest decade with a "At the end"), he set one to be frank, very soon: 2024.

Is it really possible to leave a new set of bootprints on the Moon in five years?

The current situation, I have serious doubts. Something and something big will have to change.

The big problem here is the money. Just the financing. Just 15 days ago, the budget proposed by the White House cuts Exploration, including a 9% reduction of the Orion crew capsule and 17% of the Space Launch System giant rocket. There are many details about it, but NASA has been waiting a long time and its budget is much higher than that of SLS. The money was therefore transferred for the construction of the first stage, postponing work on the critical stage of Upper Exploration to help them focus. As it stands, even though it will be built in the next few years, the SLS does not have the ability to invite humans to the moon and will not be able to do so for a while.

The SLS was supposed to be used for Orion's first test flight around the moon in 2020, but (as predicted for a long time), it does not seem to be happening. NASA's director, Jim Bridenstine, said in a shocking bomb just two weeks ago that we could use commercial rockets (that is, a Delta IV Heavy or a Falcon Heavy ) to do it if necessary.

But it costs money. An Orion is not like a child car seat that you can simply switch from one car to another; a lot You have to work to change the engineering and make it compatible with a different rocket. It takes time and costs money. I remind you of the White House Cut The money from NASA two weeks ago.

Brindestine's remarks were echoed by Pence yesterday, who also said that if the SLS was not ready in time, commercial rockets could be used. But with budget cuts in addition to an accelerated schedule, I have doubts.

Frightfully, just after Pence's speech yesterday, Bridenstine then stood up and said that do it all by 2024 we need SLS. Just two weeks after saying we do not have need that. When I read that, I almost bit my tongue. It does not appear that the White House or NASA's senior administrators have sat down together to develop a concrete and executable plan. All these contradictory announcements succeed one after the other.

It's not a good way to send humans to the moon.

So this is my biggest initial beef with that. If the White House were serious, it would add a billion or three dollars to NASA's budget (and have a consolidated message about it). Until they do that, it seems to me nothing but empty words, which all governments have heard since Bush the First. And that does not even include the Congress, which has to approve all the funding for that too … and I'm skeptical, they will dive into this plan given NASA's past funding strain between them and the White House .

For its part, Lockheed-Martin, the builder of the company Orion, is confident to be able to prepare a capsule by the date target. It's good if they can, but what will it start on? And then there is the question of getting people to the surface of the moon …

To do this, NASA plans to build a lunar bridge, a satellite orbiting the moon, which will serve as a platform for outposts and relays for trips to the surface. Lockheed-Martin says they can create a lite version that can be ready in a few years for the mission.

Let's say they can do it. But for the moment, there is no landing gear either. If we get a rocket and if we get a crew capsule and if we get a bridge, it will put them into orbit around the moon. To land on the surface, you need a landing gear … and NASA has not yet started designing one (last month, they called for a proposal with judgments this summer). Not to mention the space suits, tools, equipment, and and and.

An earlier NASA announcement said it wanted to install humans on the Moon by 2028. Accelerating this multi-year process is putting a lot of pressure on NASA and its contractors to make that happen. To meet the deadlines in Pence, they have 5 years so that all this is not only designed, built and tested, but also operational and ready to be used in the field on the Moon. And I still remind you that there is still no budget for this.

Even if there was one, where would this money come from? If it comes from NASA, which programs will be cut partially or totally to release more billion dollars for that? What critical science will be canceled without ceremony?

I will also add that what was presented today was not really a plan. It's more of a notion. I would like to see details, specific details, how this can be done in half a decade and how that can be done without issue and durably.

This could be my biggest overall concern. Doing things quickly is a recipe for disaster. I mean literally that in this rush through something so fiercely complex, it can result in very costly mistakes. Have we learned anything from Challenger? Of Columbia?

I also mean figuratively, in the sense that I do not want to repeat Apollo. I do not want to spend a lot of money on something that only aims to put people on the moon quickly. We must do this in order to be able to support continue and do not just plant a flag and go home. This accelerated schedule leaves no room for that, and I'm afraid this will result in a huge waste of taxpayer money and NASA time, even if all goes well.

One last thought for the moment. It's easy to think that I'm just pooping, that I'm a naysayer. Back in 1962 and see how many people said that Kennedy's goal of summoning humans to the moon before 1970 was impossible. Yet we did it!

But it's a false equivalence, because Kennedy put his money where he had his mouth. NASA's budget has exceeded 4% of the US Apollo budget. Today, NASA's share is lower than half one percent. And the new Trump budget reduces even that.

So, for the moment, it seems like we have no plan, no rocket, no gateway, no lander and no funding. So what do Pence's words mean?

Let me be clear. I want us to return to the moon. To go back, explore it scientifically and stay The. I want it to be the starting point for exploring the solar system. And I absolutely think that if properly executed, NASA can achieve that goal, and so much more. The people who work there have dedicated their lives to this goal.

I strongly support NASA with this. If they can do it and do it right, I will be among the loudest voices that will applaud them. This is not at all a problem with NASA.

But pence? I do not trust his motivation and certainly not his words. For me, it looks like all the other promises of this administration: as empty as the emptiness of space.