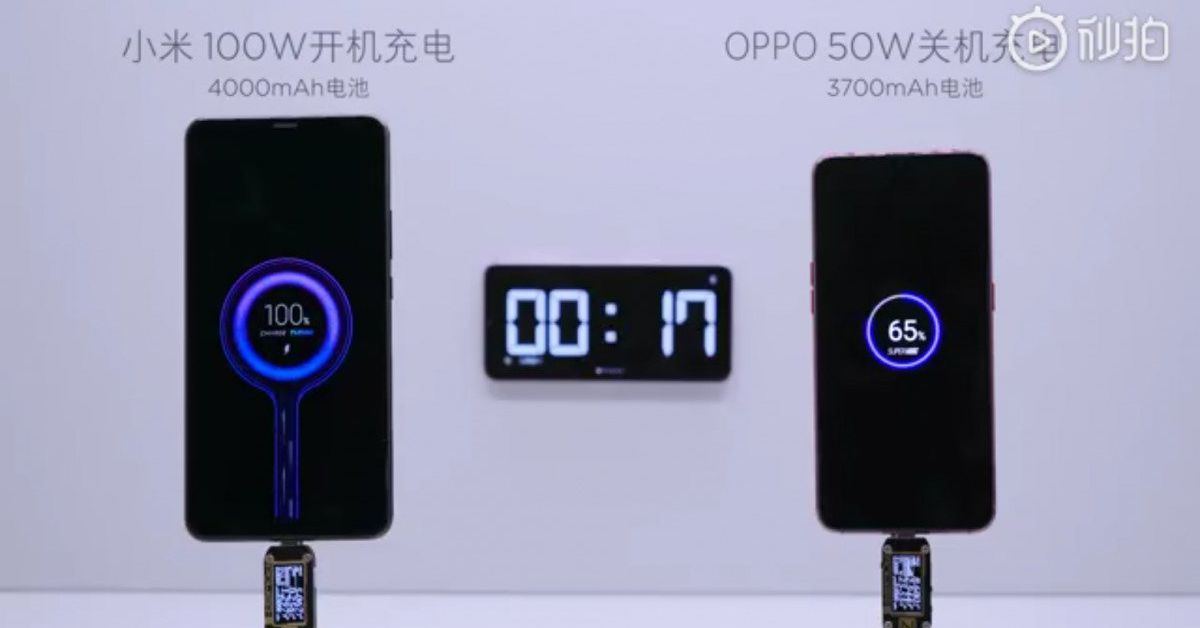 Xiaomi has developed a fast charger capable of charging a smartphone with 100 W of power. In a video posted on Weibo that was spotted by XDA developersa 4000 mAh phone will be charging from 100% vacuum in 17 minutes. The fastest charger we have ever tested, Oppo's Super VOOC 50W, is shown charging its battery at 3700 mAh to 65% at the same time.

Xiaomi did not give more details on the operation of the new fast charging technology. Although the C-type connector already supports 100W of power, the biggest challenge is to get it into a small battery without overloading it. The Oppo Super VOOC system achieves this in part by dividing its 3,400 mAh battery into two separate 1700 mAh cells.

Xiaomi has not yet announced any handsets to which the technology is intended. However, since the video has been posted by the company's Redmi brand general manager, Lu Weibing, it is safe to assume that a Redmi phone will be among the first. But when?