These tributes to the rover Opportunity will break your heart 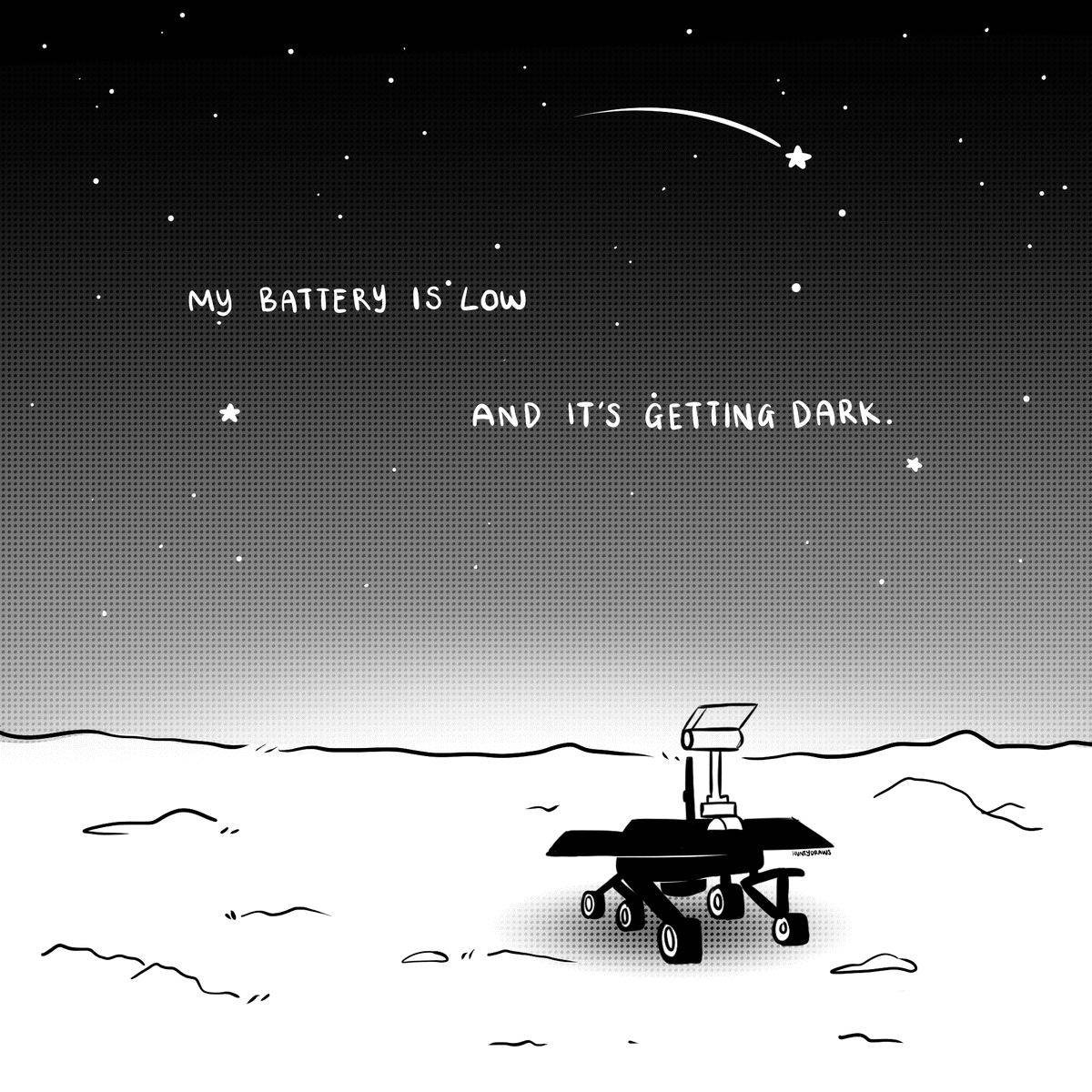 Wednesday, February 13, NASA officially end the 15-year Opportunity Mission on Mars. Despite all their efforts, the engineers were unable to revive the rover that had been neutralized by a huge dust storm covering the planet last year.

Opportunity has made valuable scientific contributions and has inspired an entire generation. As a result of this announcement, many scientists, fans, space enthusiasts and artists turned to social media to express their sorrow and solemn farewells. His last message was, "My battery is low and it's getting dark."

The Mars rover was declared dead today after no communication since June 2018, that was his last message. A 90-day mission that lasted 15 years. You did well, we are all very proud of you. ?#RIPOppy #Opportunity pic.twitter.com/z8yIjS1rFM

An appropriate tribute to @MarsRovers Opportunity by xkcd: https://t.co/oh3SkQ3Tip (alt text: "Thanks for accompanying us.") pic.twitter.com/82qSVGfxpJ

My battery is weak,
and it's a bit dark#ThankYouOppy #Opportunity pic.twitter.com/MI2kFEcU2X

Good luck, #Opportunityyou were a great friend of humanity ??

His last transmission consisted of a series of data equivalent to "my battery is low and it is getting dark." ? pic.twitter.com/EliAms1uor

It's technically #Mind but it seems appropriate to post, given the latest news about #Opportunity. #OppyPhoneHome

Rest in peace, little guy. You did well. #Opportunity pic.twitter.com/2S6zneF3T9

Rust in peace, #Opportunity. We miss you. pic.twitter.com/G2IHDse7vF

I have some sense today #Opportunity pic.twitter.com/QOnEwbGyUP