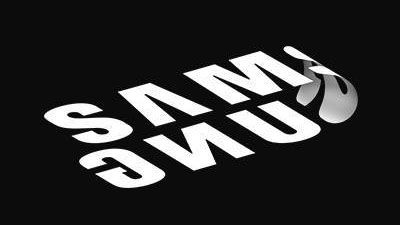 The Samsung Galaxy X – or Galaxy Fold, as we call it more and more often – has long been crowned with rumors, and we will probably have an official preview of the launch of the Galaxy S10 in a few hours in the future . of these two images disclosed may have given us a quick overview.

The images have been shared by MobiFlip and their origin is unclear. We take them with a pinch of salt. But they present a phone that folds like a book, as we expected from the Galaxy X, and which apparently has small upper and lower dials, but larger side dials than you would expect and a large notch.

This notch deserves special attention, because instead of being central, it is completely separated from the screen, thanks to an obvious frame. Although curious, it looks like a design we have already seen on a Samsung 5G phone prototype, so that could really be the design.

This notch houses what appears to be a dual lens camera. We do not know the specs, but they could be identical to those of the Samsung Galaxy S10 Plus, which would have a 10MP and 8MP coupling.

Among the other things to note, note that the Galaxy X as shown here apparently has a metal frame with a speaker and a USB-C port on the bottom edge.

Beyond the phone, one of these images also uses the name "Galaxy Fold". It's a name we've heard many times, including in a recent tweet Evan Blass (a renowned leak specialist), so there is a good chance that this is the name under which it will be launched. We could find out later today (February 20).