Thousands of people attend a vigil for victims of Aurora 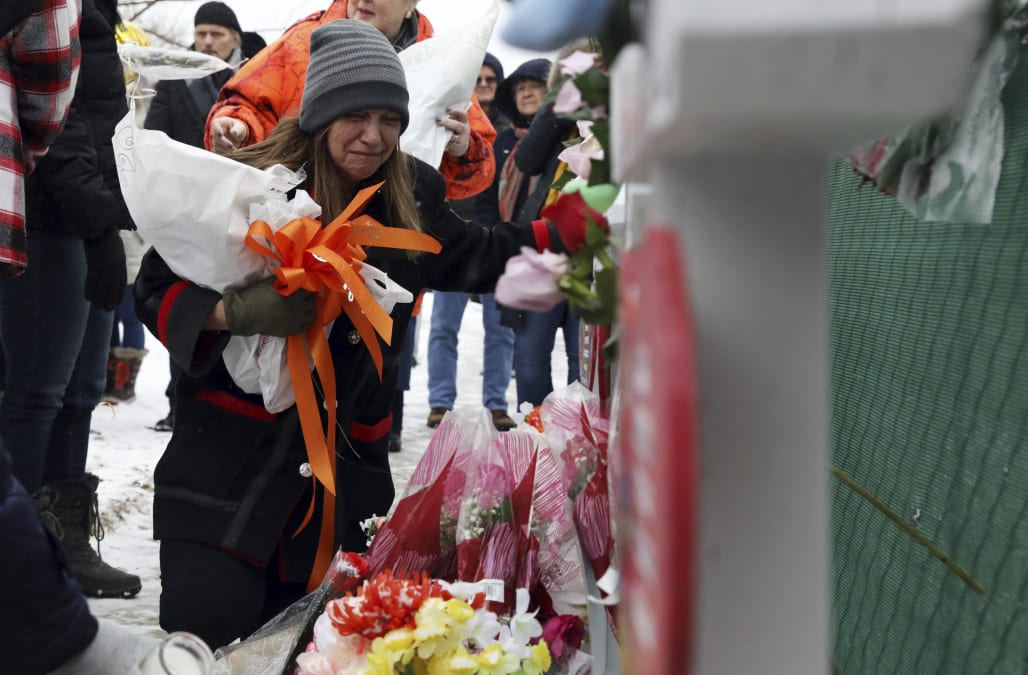 Solemn mourners stood in front of five white crosses bearing the names of the dead, became a sanctuary for victims carrying images and handwritten memorabilia outside the factory where the shooting took place in Aurora , about 64 km west of Chicago.

"My heart is broken again for the family members of the victims," ​​said Mary Kay Mace, mother of the late Ryanne Mace, killed 11 years ago during a mass shooting at Northern Illinois. University.

"I'm living proof that you can survive it – it's a tough trek, but it can be done," said Mace, 55, who drove a three-hour drive from Petersburg, in the US. Illinois, and wore a university pin to pay tribute to a shooting victim. Trevor Wehner, a 21-year-old trainee from UNI who was on his first day of work.

A sixth employee and five police officers intervening at the scene were injured. The shooter himself was killed about 90 minutes later in a firefight with police who stormed the building.

Friday's bloodshed marked the latest outbreak of gun violence in a country where mass shootings have become almost commonplace. It took place one day after the first anniversary of the 17-person massacre by an armed man at Marjory Stoneman Douglas High School in Parkland, Florida.

Several local pastors spoke and the vigil attracted people of all ages.

Barbara Fultz, a 72-year-old retired woman who has lived in Aurora for more than 50 years, said that her church, the Main Baptist Church in Aurora, had spoken to members of the vigil and that she had a cousin at home. Henry Pratt. Factory of the company, manufacturer of industrial valves.

"It's a tragedy everywhere," Fultz said. "We've never had anything like this here, it's so sad."

Michelle Lamos, a 40-year-old health worker, is held with her 14-month-old daughter.

"We have to come together, it's awful," Lamos said.

The gunman was a violent criminal who was granted permission from the state to buy a firearm when he was legally barred from owning a firearm, officials said.

Unmatched Confession: A black woman aged 23 to 25 was murdered in 1984. This victim may be a student.

Unparalleled Confession: A black woman aged 35 to 40 years old who died in 1981.

Confession with a Jane Doe: black woman aged 28 to 29 killed in 1984. The victim intervened in Memphis, Tennessee.

Confession with a Jane Doe: black woman aged 35 to 45 killed in 1977. Meeting with victim in Gulfport, Mississippi. Victim possibly of Pascagoula. The victim may have worked at the Ingalls Shipyard.

Unparalleled Confession: Hispanic woman in her forties. Killed in 1988 or 1996. Probably victim of Phoenix.

These incidents are either related to victims who have not yet been identified (Jane Does), or to murders described by Samuel Little who have not yet been definitively corroborated by the forces of the United States. order (unparalleled confession). The information presented when selecting landmarks on the map (also available as text below) is based on interviews with Samuel Little; these are his confessions and his memories, and the dates are approximations.

A year after the horror of Parkland, tributes paid to victims flock