Trade agreement coming soon? Steven Mnuchin of the Ministry of Finance said that China's talks on the "last round" close 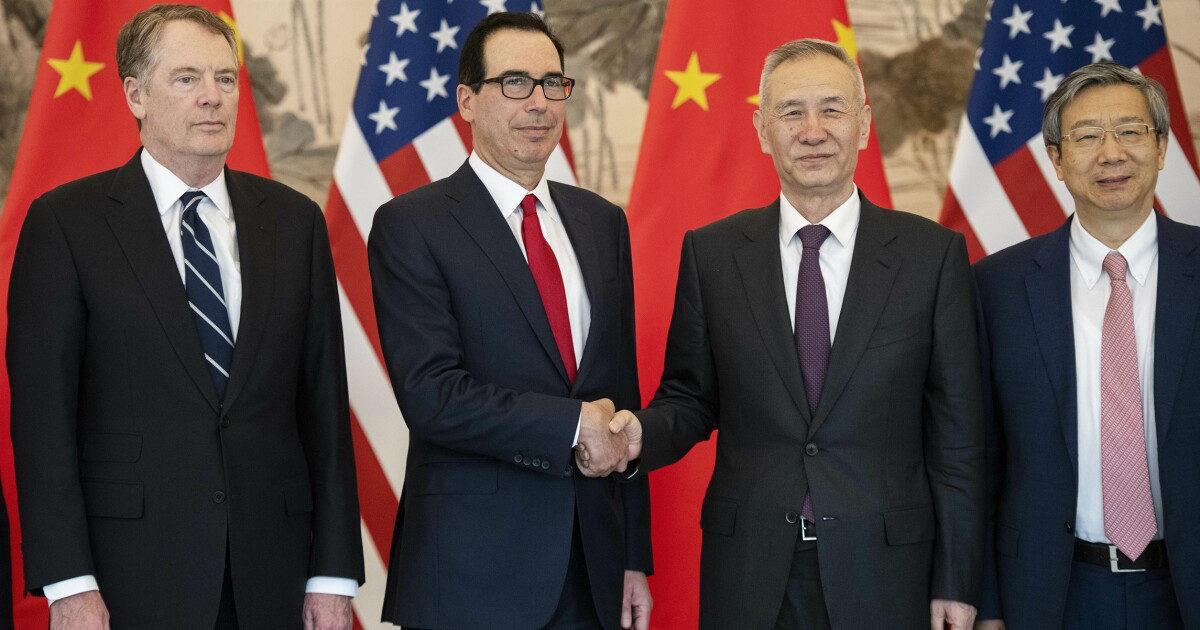 The nearly one-year trade war between the United States and China, which has boosted multibillion-dollar prices for Chinese products, may soon be over.

Treasury Secretary Stephen Mnuchin said on Saturday that the United States and China were about to finish their trade talks and said an agreement could be announced soon. Trump administration officials have been involved in ongoing discussions with their counterparts in Beijing to reach an agreement.

"I think we're hoping we'll get closer to the last round of outstanding issues," Mnuchin told reporters Saturday in Washington, DC. He said government officials, including US Trade Representative Robert Lighthizer, would hold two teleconferences. week with Chinese negotiators to clarify outstanding issues and "discuss the need for more face-to-face meetings".

"We are progressing, I want to be careful. It is not a public negotiation (…). It's a very very detailed agreement covering issues that have never been dealt with before, "he said.

Mnuchin refused to specify what had been agreed. "I do not want to go into the details of the negotiations, especially on tariffs," he said.

The two countries are trying to conclude, but the talks have been delayed because of problems with the application of the agreement, namely whether the United States can impose tariffs on China for any violation and if the United States will lift its current rights of 10% -25% on 250 billion dollars of Chinese products.