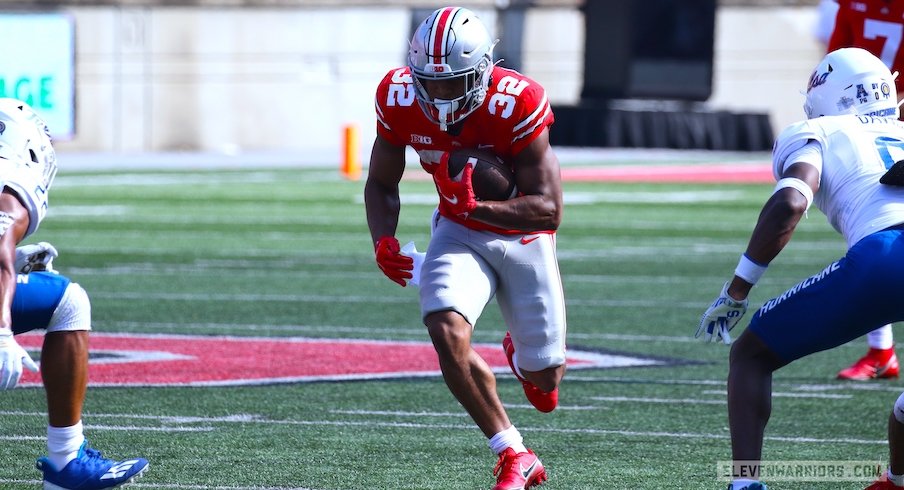 A Buckeye is the Big Ten Freshman of the Week for the third week in a row.

While Ohio State quarterback CJ Stroud took home the award after each of the Buckeyes’ first two games, running back TreVeyon Henderson is the Big Ten Freshman of the Week this week after rushing for a record. 277-yard Ohio State freshman in his first career start against Tulsa.

Henderson, who also scored three touchdowns in 24 carries, rushed for the third-most yards in any game in Ohio State history – behind only Trey Sermon’s 331-yard performance in last year’s Big Ten Championship game and Eddie George’s 314-yard game against Illinois. in 1995 – to lead the Buckeyes to a 41-20 victory over Tulsa.

His 277 rushing yards were the most important in a single game by any player in the Football Bowl Subdivision this season, and broke the record for most rushing yards by an Ohio freshman. State since Archie Griffin ran for 239 yards against North Carolina in 1972.

In his first three games as a Buckeye, Henderson now has 452 versatile yards and scored five touchdowns, leading Ohio State in both categories. With 346 rushing yards on 38 attempts, he’s averaged 9.1 yards per carry so far this season, the highest average among any FBS player with at least 30 rushing attempts.