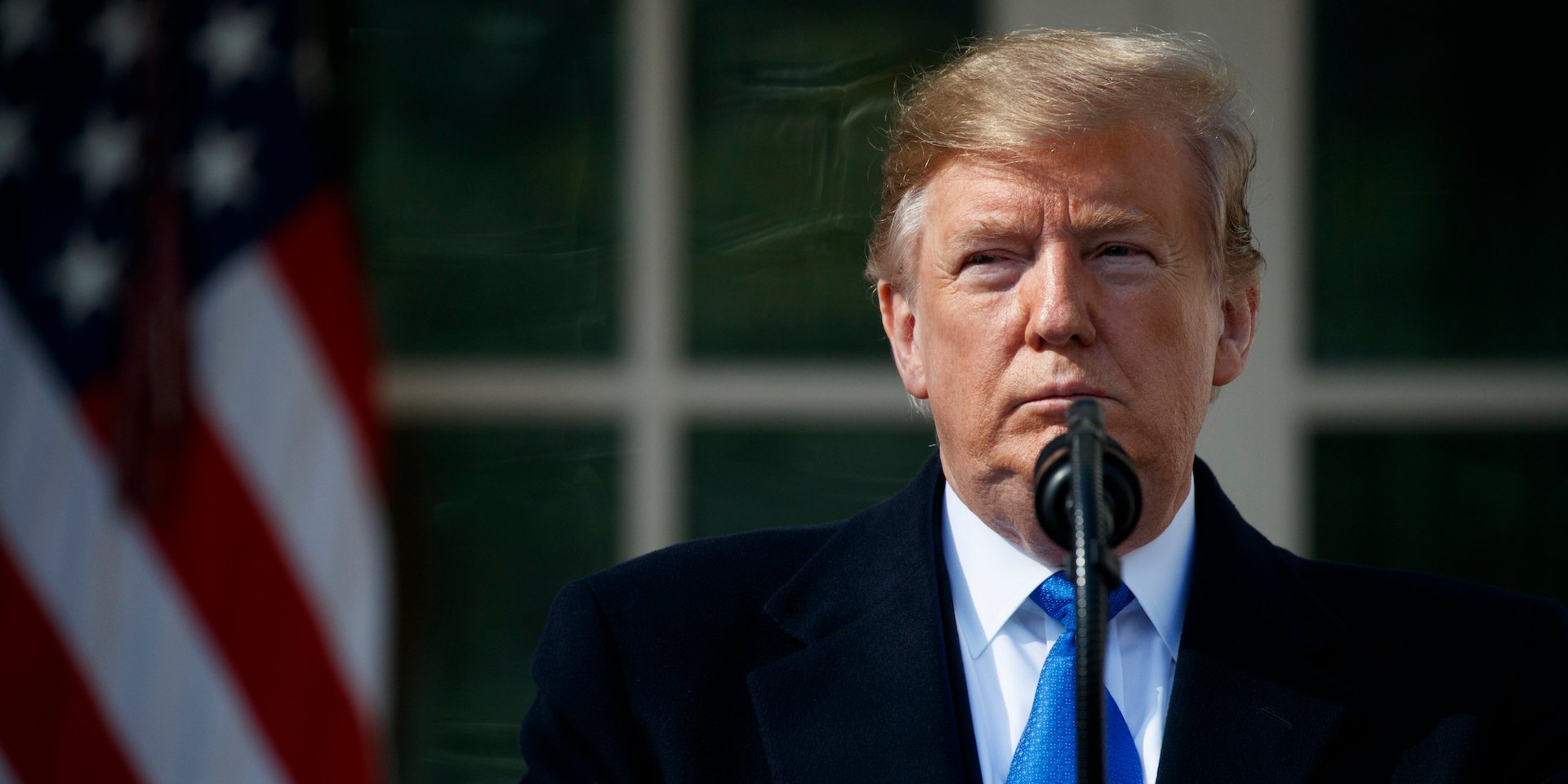 Critics have accused President Donald Trump of hypocrisy on Friday after a tweet recently resurfaced that showed he was criticizing former President Barack Obama for taking executive action after being "unable to negotiate with Congress".

In 2014, after Obama signed the Deferred Action for American Parents program to protect unauthorized immigrant parents from US-born children, Trump tweeted that Republicans "should not allow President Obama to overturn the Constitution." from the United States to his advantage ".

Read more: Trump said that he "did not need to" declare the national emergency, but that he wanted the border wall to be "faster"

Trump also lengthily commented on "Fox and Friends" in Fox News about Obama's decision, calling it "unconstitutional" and potentially unbearable. CNN's KFile reported the film for the first time on Friday.

"Now he has to use the action of the executive and it's a very, very dangerous thing that should be easily crushed by the Supreme Court," Trump said. "So we are looking at a situation, it should absolutely not be considered constitutional, but it depends on what these judges do."

The 2014 remarks took on a new meaning Friday, after Trump himself took action and declared a national emergency so he could bypass Congress and secure funding for his border wall.

"Reverse the law on immigration from a pen stroke"

The declaration came after months of negotiations with Congress and even a 35-day government shutdown.

Yet the Democrats refused to give up their budgets and a group of bipartisan legislators finally introduced a spending bill that was far from providing the $ 5.7 billion requested by Trump.

Instead, the bill provided $ 1.375 billion for new fences and stipulated that they had to use existing designs and could not use concrete or any of Trump's prototype designs.

Eager to avoid another stop, Trump signed the bill Friday and declared the state of national emergency. Senior government officials told reporters during a conference call that Trump would withdraw $ 6 billion from Title 10 funding and $ 600 million from the Treasury confiscation fund.

Already, the statement has sparked at least one lawsuit.

Trump's old comments were not the only ones to resurface Friday. Vice President Mike Pence was also criticized for his earlier comments on the action of the Obama executive in 2014.

Read more: Trump will declare a national emergency to build its border wall. Here is what could happen next.

C-SPAN images tweeted by Republican strategist Bill Kristol showed Pence, then governor of Indiana, calling on Obama to work with Republican lawmakers to find a "real ground of understanding" rather than take steps to bypass the Congress.

"I think it would be a grave mistake for the President of the United States to reverse the right of immigration with a stroke of the pen." Questions of this magnitude should always be resolved with the consent of the governed " said Mr. Pence. "Signing an executive order, making a speech, scolding across the country to defend this executive order is not a leadership."