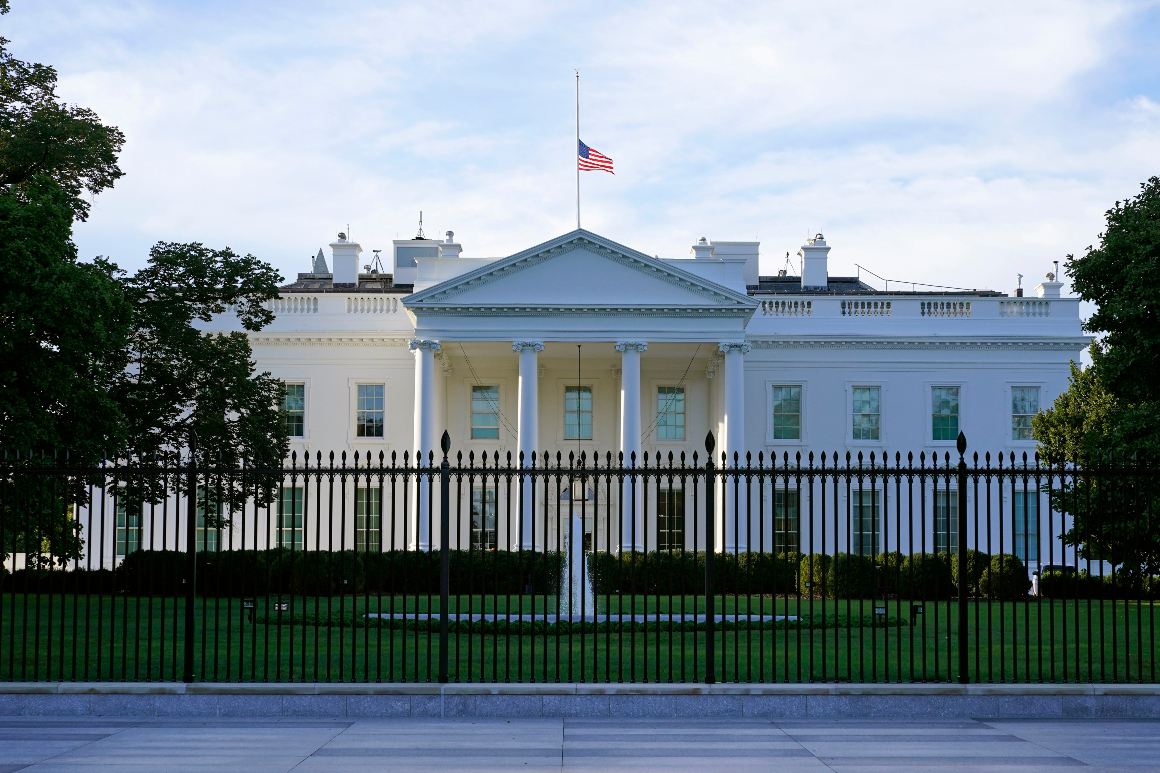 The White House Biden declined to discuss the matter on the record. Instead, an official noted anonymously that political appointees “do not enjoy the promise of federal employment after the end of the administration in which they choose to serve.” The official blamed the Trump administration’s dragging its heels on a swift and orderly transition as the reason some of his team were caught off guard by the end of benefits.

“We understand that a few Trump appointees, including a handful currently on parental leave, have made last-minute requests to stay on the government’s payroll,” the official said. “Because these requests were received so close to the inauguration day … there was no way to implement an exception to the rule in a way that was fair to all incumbents, including for many of them who resigned as planned without applying for extraordinary benefits. ”

The official added that “the appointees have been told they have options, including COBRA and the Affordable Care Act.”

For Ambrosini and others, these options weren’t enough to navigate an already difficult situation. Former Trump officials face a tough climb to find employment in a Washington DC, where the federal government is run by Democrats. Finding a job when you’re at home caring for a baby is almost impossible.

“With a newborn baby, it’s not like I can just jump into the workforce and be like ‘hey, I’m ready for work,’” Ambrosini said. “It’s hard. Nobody’s going to be willing to hire me this second because I’m still home with the baby, so it’s hard.

Ambrosini, who was deputy director of communications at the Commerce Department and former Trump White House official, said she was granted permission to take parental leave from early January to late March. But she was told a day before her due date on December 17 that her leave would end on January 20, when the inauguration would take place. After some deliberation, she decided to use her sick leave to cover her time off for the first three weeks of January before the inauguration.

Two former married Trump homeland security officials said they had a similar experience. They provided POLITICO with emails showing an agency official telling them that as political members their parental leave benefits would have be treated the same as career employees. Their baby was born on December 18. Late that night on January 5, the father received an email from the Human Resources office saying they had made a mistake and their benefits would end on January 20.

“It’s one thing if you have a household, if you have a family member who works for the government,” he says. “But we were both employed by the government, so we lose both our healthcare opportunities and our income, so it’s pretty scary to have a premature baby at home and not know if you’re going. have income or health insurance. “

The former DHS official and his wife wrote a letter Jan. 13 to the Biden DHS review team, pleading for full use of it. “[T]The remaining 9-10 weeks granted to federal employees are critical to our family and livelihoods as we work to raise a strong, healthy boy due to unique and unforeseen complications in our birth plan, ”they said. written.

But DHS’s presidential transition office told the couple in an email on Jan. 18 that the benefits would not pass to the next administration. “It’s not what you were hoping to hear, but I think you also knew it was the most likely outcome,” the email read. “I am sorry to be the bearer of this news and I am sorry not to have more news.”

The couple declined to enter the case for fear of political fallout if they were publicly appointed and how that could negatively affect future job opportunities.

It was only in December 2019, Congress passed the Federal Employee Paid Leave Act, a law championed by Ivanka Trump, which granted federal government employees up to 12 weeks of paid leave for the birth of a new child. The law, which came into effect last October, required employees to agree to work at least an additional twelve weeks after taking the benefit, although there is a question whether this requirement can be waived.

Either way, it was a major step forward on the status quo. Previously, federal employees received no paid time off and often had to use unused vacation and sick days after the birth of a child or simply forgo paying.

Again, Parental leave policy experts say the cases of these Trump officials show the loopholes that still exist in the social safety net. As political representatives, they should have known that all benefits could end on January 20, as the administration they served could end. Experts also said the Biden administration has no legal obligation to grant Trump officials leave.

But the new administrations do not immediately push back all the people appointed by the policy of the previous one. And some pundits said it would have set a good precedent for Biden’s team to welcome these people on parental leave to reinforce the importance of politics.

“Paid parental leave is really, really important for maternal health, for the well-being of children, for family connectivity, and I can’t imagine being in the shoes of these new parents and not having the finances,” he said. said Adrienne Schweer, member of the Bipartisan Policy Center which heads its working group on paid family leave. “Extending it to a few people for a few months could be a good thing. There is precedent for unique circumstances, and I would like to see a good example of ensuring that as many people as possible can benefit from paid parental leave. “

As with virtually all jobs, when a job ends, so do most benefits (although former Trump officials were kept on government health insurance during the usual 31-day grace period. ). And, with Biden taking office, Trump officials demanding that their parental leave be fully respected were asking for, in effect, a special accommodation. The Biden administration would have needed to keep these people – all policy appointees – in the federal government, but out of work, until their parental leave ended.

Biden has long been a champion of parental leave benefits. After the adoption of the 2019 law, it tweeted: “It’s high time federal workers got paid parental leave. It is high time that every American had 12 weeks of paid time off to meet their own health needs or take care of a loved one.

Trump, on the other hand, was an unorthodox adopter of the cause. Republicans have long opposed federal demands for such benefits, and even when they began to pass reform, it was through staunchly conservative lenses. An important GOP proposal called on people to be able to tap into their social security to pay for parental leave.

Trump officials who received parental leave benefits have argued that since its inception, it was now a right – a right that had to be respected whether or not the presidency changed hands.

A former senior Trump official said he coordinated with his agency’s human resources team and was told the requirement to complete 12 weeks of work after their parental leave ended was voidable due to the extenuating circumstances of a new administration. He also contacted the Office of Personnel Management and was told to date his letter of resignation on the last day of his paternity leave.

His wife had a baby girl in early December. He took three weeks of paternity leave before having to return to work to deal with the fallout from the Jan.6 riot on Capitol Hill. He says he lost nine weeks of leave, which equates to between $ 20,000 and $ 30,000.

“It’s not a right that I asked for, but I have the impression that after four years it has been won,” he said.

When some of the Trump The political appointees discovered that their full leave would not be granted, they raised the issue with Biden’s transition team. But after initially believing that the incoming administration would effectively keep those on leave employed, they were soon told otherwise. The former senior Trump official said he now regrets his decision to stay until the administration ends.

“I could have left earlier, but I didn’t because I was told ‘hey, you have paternity leave coming up’, what if I had known you weren’t going using your paternity leave and you’re actually just gonna get fucked up when you have a new baby and then get fired, I probably would have made a different decision, ”he says.

The former official declined to go into the case for fear it would affect his prospects of getting a job with a salary to support a family of five.

“It makes you feel like you are in desperate need of a job and a story about me wanting to get the money is not going to work out well when negotiating with the people I’m talking to,” he said. “I try to convince everyone that I am in a perfect situation.”