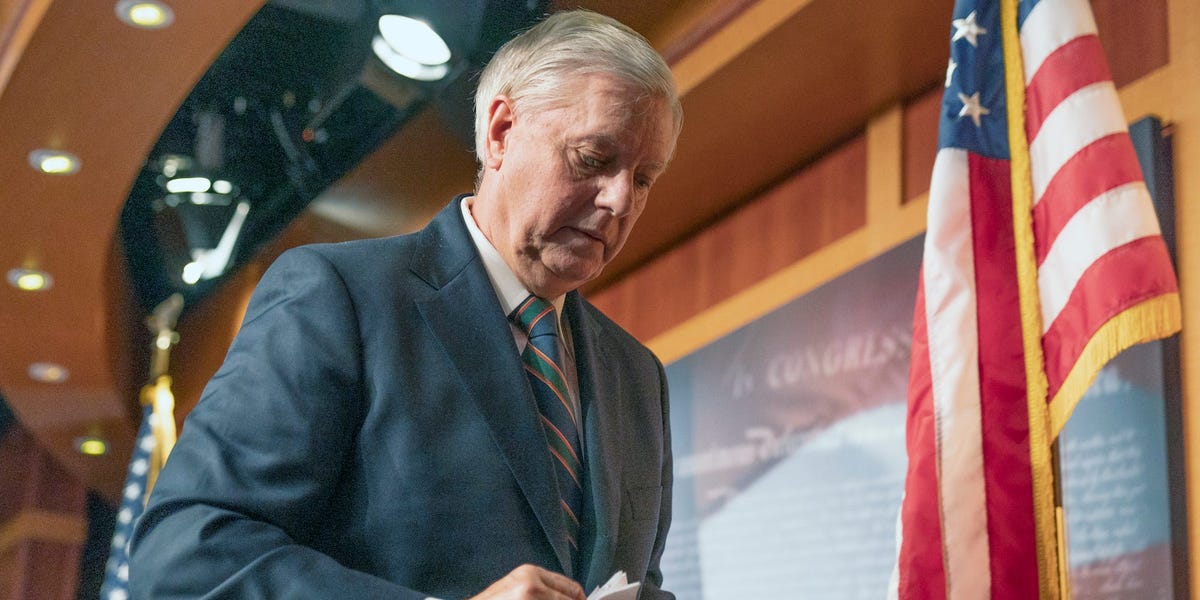 On Friday, a crowd of Trump supporters accosted Republican Senator Lindsey Graham at Reagan National Airport. Politico journalist Daniel Lippman and conservative activist Mindy robinson, who was in the crowd, posted videos of the interaction on Twitter.

In the video posted by Lippman – which he said was shared by a source – a crowd of people could be seen gathering around a bench where Graham appeared to be talking on a cell phone.

At the start of the video, a person could be heard shouting “Traitor!” and “You are a liar!” while airport security officers tried to keep the group away from Graham.

You could also hear a man say to the officers, “I’m not going to touch him. I’m not going to do anything to do him … I just want to talk to him.” Another man asked Graham if he had something to say.

Another person said: “You work for us!”

The camera then panned to show the crowd continuing to follow Graham as security guards escorted him. You could hear people shouting “Traitor! Traitor!”

A woman in a black T-shirt with an “I love Trump” motif on the front and a Q on the back (an apparent reference to the QAnon conspiracy theory movement) shouted, her mask pulled down to her chin, “One day he won’t be able to walk in the street – today is!”

Another man agreed. “Today is the day!” he said.

Robinson’s video showed the crowd approaching Graham, who walked with head down and mask down, as Robinson shouted “You are a traitor!” “You knew it was rigged! “Audit the vote, piece of s —!” And, finally, “Enjoy Gitmo, you f — ing a – hole!”

Robinson tweeted later that Graham “did not fly”.

Rob Yingling, a representative for the Metropolitan Washington Airports Authority, told Insider, “I saw the video from Twitter. It looks like it was taken at Reagan National. I don’t have more details, and it seems no one has been charged. “

Graham’s office did not immediately respond to Insider’s request for comment.