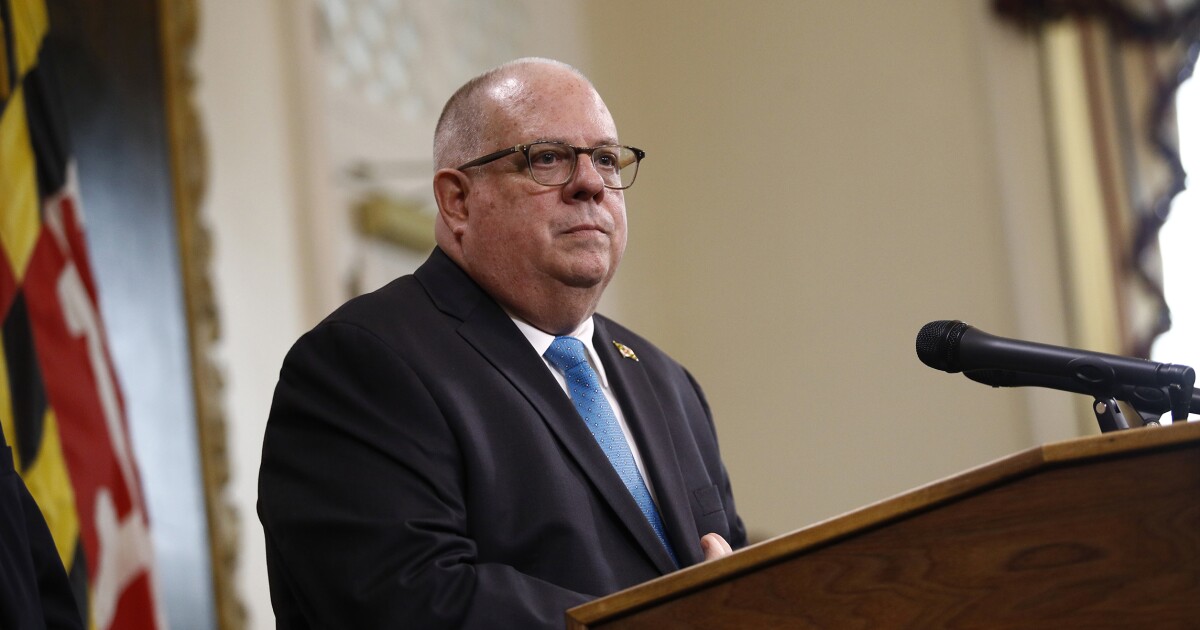 RMaryland Governor General Larry Hogan said Tuesday that President Trump may have a hard time getting re-elected in 2020.

"The problem that concerns me is that it has a very small number of re-elections, I think in the 30s, the highest, 30, 40. So it has a good chance of losing the "I'm not saying that he can not win but he's pretty weak in general elections," Hogan told CBS News in an interview for a full broadcast on Wednesday.

"At some point, if it weakens further, the Republicans would say we're worried about whether it will win if we face a very, very left-wing Democratic candidate, and whether he'll take us down with him if you are an elected one, "he said.

Hogan, who won the Maryland Governor's Mansion Award in 2015, and former Ohio Gov. John Kasich, are frequently mentioned as potential key opponents of 2020 for Trump.

But Hogan expressed doubts on Tuesday that Trump would be vulnerable to a primary.

"You know it's 70 or 80 percent, some percent of Republican primary voters say they support the president," he said. "So, I do not know what it will look like in the future.Today it would be very difficult.Nobody has successfully challenged a practicing president of the same party at the primary since 1884."

The former Massachusetts Republican government, Bill Weld, announced last week that he had formed a committee to study a presidential bid against Trump.

"I am here because our country is in great danger and I can no longer be silent on the sidelines," Weld told New Hampshire.