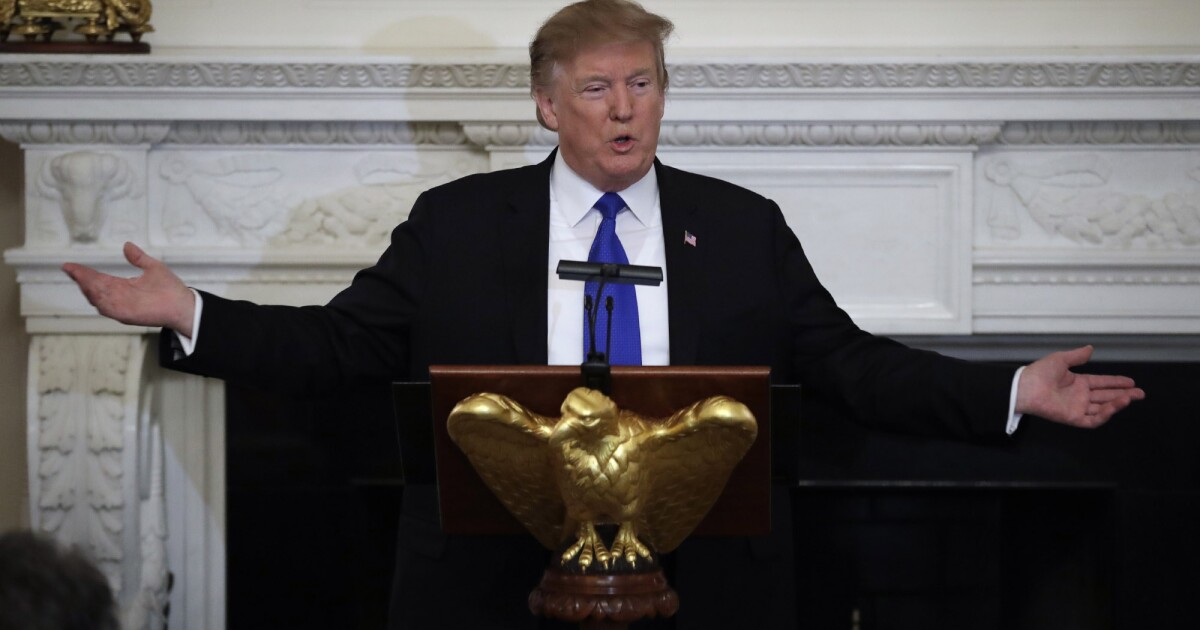 PTrump's first veto was avoided, at least for the moment, as a result of an unexpected decision by a senatorial parliament derogating from legislation aimed at ending the role played by the United States in the civil war in Yemen.

The bill was passed in the House of Commons on February 13 by a vote of 248 to 177 and is expected to be considered by the Senate this week, before the parliamentarian decides that he is not entitled to a vote up or down.

The news was a shock to supporters, who learned on Monday that the bill had been deemed "deprived of privileges", which means it was not entitled to a guaranteed Senate vote after its adoption by the House.

The ruling authorizes Senate Majority Leader Mitch McConnell, R-Ky., To block the vote on the bill. McConnell repeatedly reiterated that he would not allow a bill to vote if Trump refused to sign it.

Proponents of the legislation believe that the surprise derailment is due to the addition of wording condemning anti-Semitism before the adoption of the final version.

A Legislative Assistant at Capitol Hill stated that "privileged" motions were usually formulated by means of a formula, but that only the relevant amendments were permitted, otherwise the bill would be considered to be without privilege. Before the addition of antisemitic language, the bill had technically only one amendment, that of Republican Republican Ken Buck, who had amended the bill to allow for the continuous sharing of information with Saudi Arabia.

Bill's godfather, Rep. Ro Khanna, D-Calif., Did not immediately respond to a request for comment, nor did the office of Senator Bernie Sanders, I-Vt., Who directs the efforts of the Senate . McConnell's office did not comment.

The parliamentarian's decision slowly filtered through the Senate support offices, and was shared with the Washington Examiner by the office of Senator Mike Lee, R-Utah, who was expecting a vote this week.

A source with direct knowledge of the parliamentarian's decision upheld the verdict, but did not provide the reasoning.

The law would have been the very first use of the 1973 Powers Resolution to end US military intervention.

In December, outgoing House Speaker Paul Ryan, R-Wis., Put an end to a separate effort to end US support for the Saudi-led intervention. Arabia. session, while the Senate voted 56 to 41 to withdraw from the conflict.

Anti-Semitism was added just before the final vote in the House, at the invitation of the Republican majority of the House, after the emergence of anti-Israeli remarks by the representative Ilhan Omar, D -Minn. The wording was non-controversial, receiving 424 votes in favor, zero votes against and two "present" votes. The office of the minority leader in the House, Kevin McCarthy, R-Calif., Did not immediately respond to a request for comment.

The fight is not over for opponents of Yemen's intervention and senators are considering forcing the vote on a new privileged bill, referring the matter to another vote in the House.

Laura Maloney, spokesperson for Senator Chris Murphy, D-Conn., Said at the Washington Examiner "The Senate bill is still preferred, we have spoken to Sanders' office and plan to vote on it if Senator McConnell does not introduce the bill passed by the House."