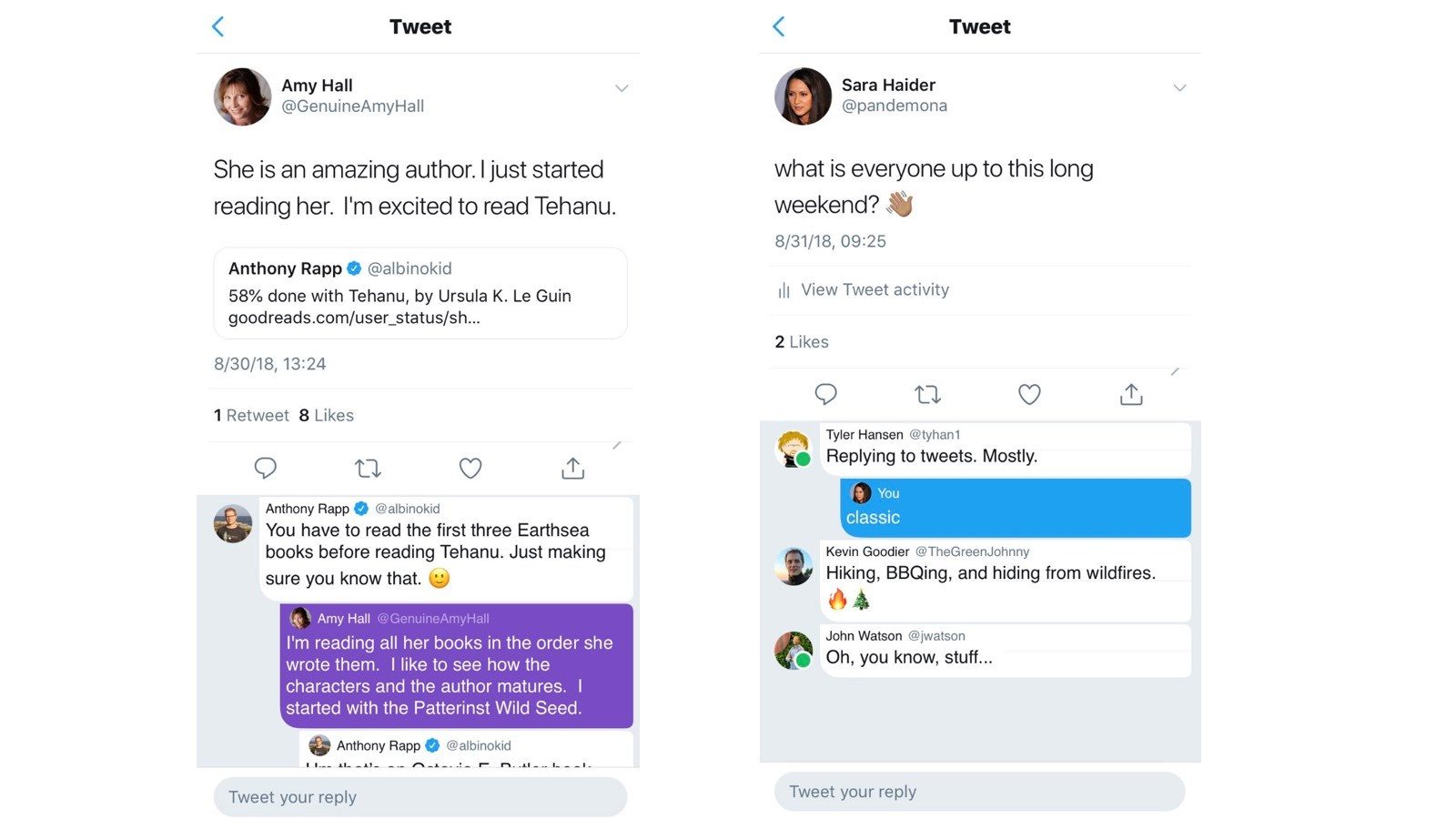 First version of the new interface from last August

A few months ago, Twitter revealed that it was testing a redesigned response interface based on threading tweets. As of today, the company has opened a public test of the new interface and invites all users to register.

Twitter itself claims that the new interface is designed "to better see what people are saying," according to The edge. The replies from the originator of the tweet appear in gray, while the responses of the people you follow are in blue.

In addition, the new response interface hides response statistics. This includes statistics about likes and retweets, which now require the user to press the answer to see.

Twitter is exploring new ways to make conversations that interest you easier to read, understand, and reach. Want to see what we are working on and share your comments? Apply to be part of our Twitter prototype program.

If you want to join the Twitter test program, you can do it through this application. It's hard to know when Twitter plans to release this new design to everyone, but it will probably be sooner than expected if this public beta test goes well.

Play with some new features of Twitter: presence (who else is currently on Twitter?) And thread (easier to read) https://t.co/aCVRxVDfy0