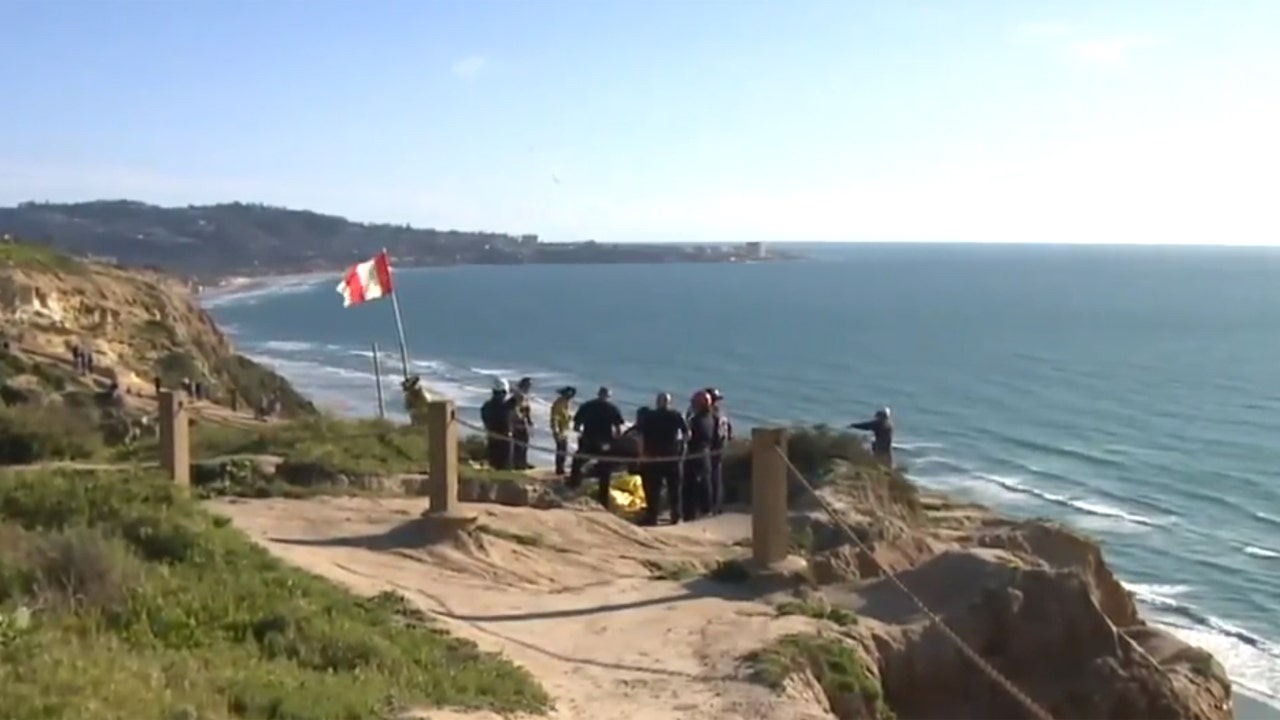 Two paragliders were killed after a mid-air collision and a fall of about 75 feet into a cliff Saturday at Torrey Pines Gliderport, in northern San Diego County.
(FOX5)

Two paragliders were killed Saturday after a mid-air collision and a fall of about 75 feet into a California cliff while stunned spectators watched the scene below.

Lt. Col. Rich Stropsky, a firefighter specialist in San Diego, said at a press conference that "the tragic incident" occurred around 2:40 pm. to Torrey Pines Gliderport in the northern coastal part of San Diego County.

"Apparently, what happened, is that the student was heading south and made a right turn, just in that area where the flag is located and eventually hit the right one." another leaflet that was in the north direction, "he told reporters. "They hugged each other and started to fall."

One of the men was an experienced pilot, certified to fly alone, while the other was seeking his advanced certification, according to Stropsky.

Hang an aircraft at 4,000 feet after the pilot forgot to attach it

Madeline Henderson told KGTV that she was stunned by seeing the collision happen.

"I first heard the collapse of the chute," she said on TV. "I heard a collision and some kind of noise, then I watched and saw two people fall from the sky."

Stunned witnesses said the paragliders were "falling from the sky" after colliding.
(FOX5)

Stropsky stated that the two men, who have not yet been identified, were not flying together and were declared dead at the scene.

UTAH WOMAN SAYS BARBECUE ATTRACTS IN UMBRELLA ON HIGHWAY: "I AM LUCKY TO BE LIVING".

Another witness told FOX5 San Diego that it was "very traumatic" to be a witness.

San Diego Fire-Rescue had to use a helicopter to recover the bodies because of their position on the cliff, officials said.

Gliding where the collision took place is a place reserved for beginners, intermediate pilots and experienced pilots having to register and show a license before taking off, according to the San Diego Union-Tribune. The last fatal accident at the site took place in 2012 when a South Carolina woman crashed into a cliff about 200 feet above Black's Beach, according to the newspaper .

"I do not remember the last time two gliders got entwined," Stropsky told reporters.