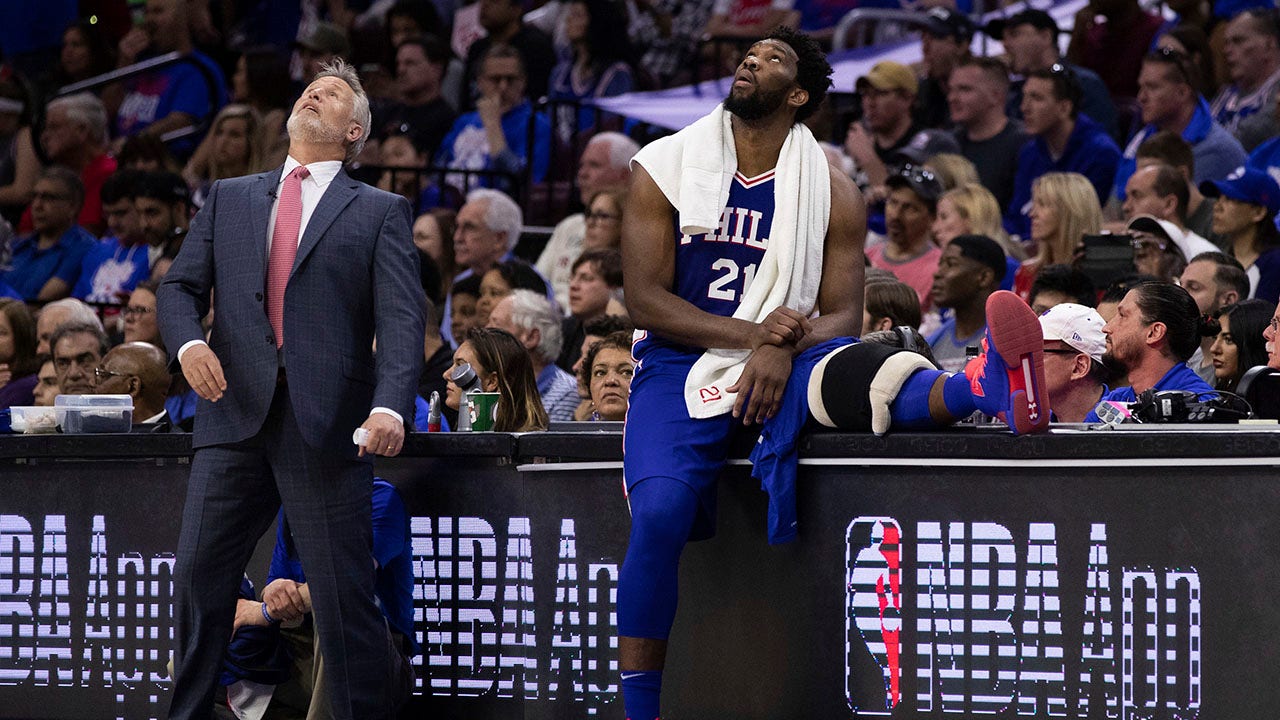 Fans of the Philadelphia 76ers in the NBA have already been invited to "trust the process" as the team sought to rebuild itself.

Who knew this process would include watching players watch a cell phone on the bench during an embarrassing playoff defeat on their court?

This year's NBA playoffs got off to a bad start for the Sixers, who lost the first game of their first-round series to underdogs Brooklyn Nets, 111-102.

By the end of the fourth quarter, while the Sixers were on the run and the Philly crowd had booed the local team for much of the match, the television cameras showed players Amir Johnson and Joel Embiid focused on a mobile phone screen rather than on the ground action.

After the match, the Sixers fined Johnson an unspecified amount for "detrimental conduct to the team," according to the Associated Press.

"I take full responsibility and accept the consequences of my actions," he said. "I also apologize to my teammates, the 76ers' organization and the fans for the distraction it caused."

"I take full responsibility and accept the consequences of my actions and apologize to my teammates, the 76ers' organization and the fans for the distraction it has caused."

Embiid tried to provide an explanation.

"I just looked down because he said that his daughter was extremely sick and that he was watching her," said Embiid, referring to Johnson, who did not played Saturday.

Embiid managed to contribute with 22 points and 15 rebounds although he missed nearly a month of play due to left knee tendinitis. Jimmy Butler contributed 36 points.

But that was not enough for Philadelphia, who finished the regular season with the third best performance of the Eastern Conference, enough to have the field advantage against the Nets, No. 6.

Brooklyn was led by D'Angelo Russell, who scored 26 points, and Caris LeVert, who added 23 points.

The second game of the series "best of seven" is scheduled for Monday night in Philadelphia.