Uber, CEO, tells employees that the self-driving car is fucked 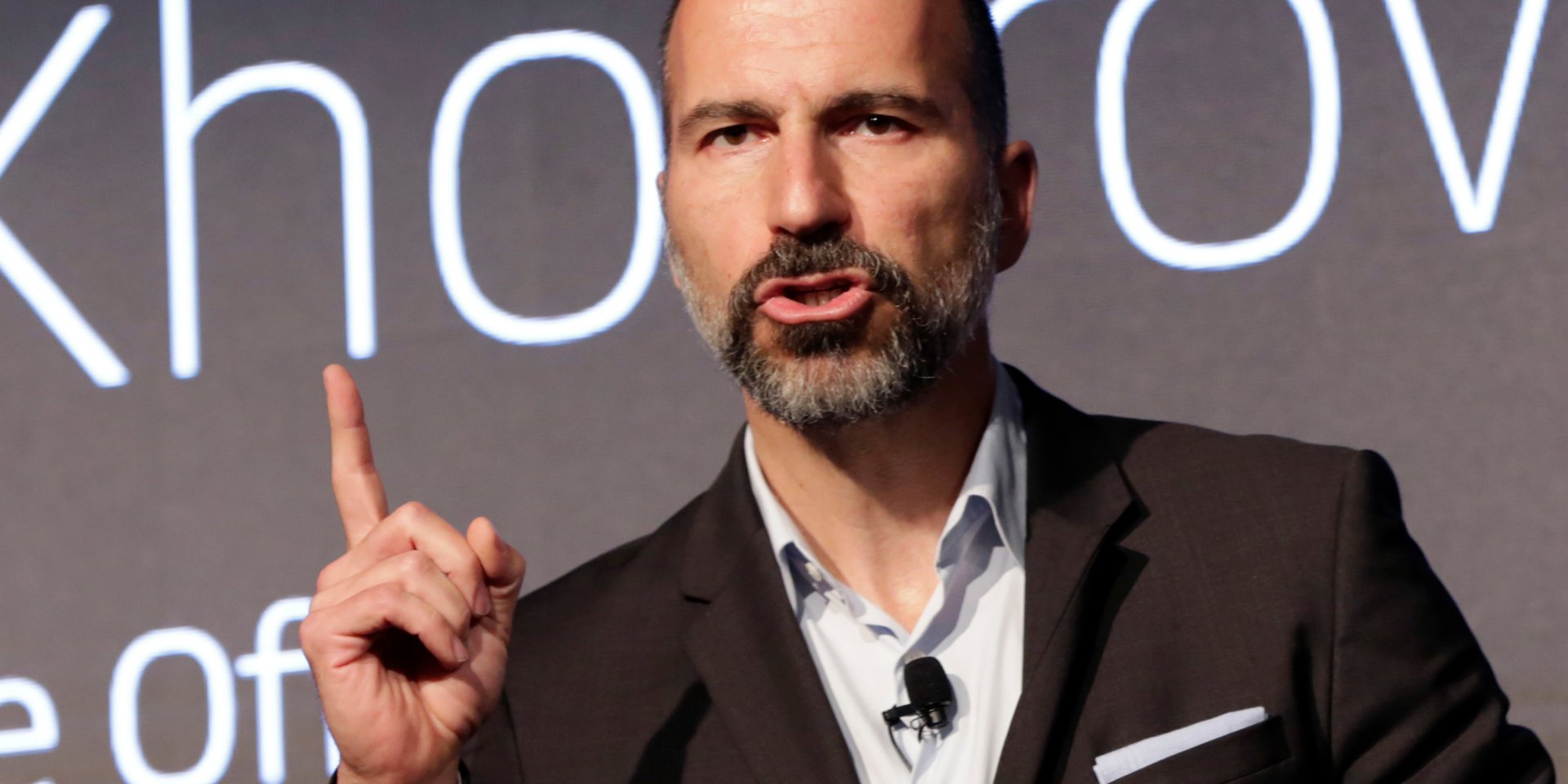 Tuesday, Dara Khosrowshahi, CEO of Uber, and Eric Meyhofer, head of his self-driving unit, stood up in a plenary session amidst thunderous applause.

Behind them, on a big screen, was a list of questions submitted and put to the vote of the employees, indicating the burning questions that the employees wanted to see addressed to their leaders.

At the summit, with more than 130 votes, was a question on the survey released last week by Business Insider on the Uber Autonomous Car Unit, known as the Advanced Technologies Group ( ATG).

An anonymous employee asked: "Business Insider has described ATG's culture of" toxic "and has evoked" missed warning signs, "a vast malfunction" and "creeping infighting". A truth in all this? "

Business Insider had reported on the activities of the unit in the months preceding the murder of Elaine Herzberg, his autonomous car, when engineers deliberately disabled the car's ability to stop it quickly.

Meyhofer and Khosrowshahi spent several minutes answering the question. They did not beat or dodge.

But they downplayed the story, tried to discredit the media and hinted that it was not factual. Meyhofer even said that the story was the result of Business Insider having contacted former employees and other people who were not working in the company, looking for "sensational pieces" .

This was not true. Business Insider spoke to half a dozen people who were all employees of the company on March 18, 2018, when the incident occurred, after several people contacted us and asked us to conduct investigation. We corroborated employee accounts with emails, internal documents, police reports and other documents. Business Insider also shared everything we learned with the company prior to publication and included the company's comments and statements in the story.

What followed was something that prompted employees to talk about it later on an anonymous chat application.

Meyhofer defended the culture by citing scores from an internal survey of employees, indicating to everyone that the survey indicated "83% confidence, 83% teamwork and collaboration".

It turns out that these statistics are not accurate, according to a source close to the subject.

The score of 83% refers to employee opinions about the company's commitment to safety. The results of the survey have not been communicated to employees, but they will also include a score for "trust and transparency" and not "trust and collaboration".

Meyhofer then launched into a story about his children. He told Uber employees that he knew the culture was well under his direction, as his teenage children wanted to go to Uber campus while everyone was away for the break. Thanksgiving.

After hearing Meyhofer's defense, a handful of employees have been discussing Blind's anonymous chat application, a favorite hangout for Uber's frustrated employees.

A blind message said: "Eric Meyhofer: Based on his response to ATG culture, discuss his term as ATG leader!" 141 people voted to "replace him" and 28 to "keep him". It employs 1,100 people, so this survey is not statistically significant. But that says that at least some employees are chatting about the future of Meyhofer at Uber.

After the story "My children love it here", Khosrowshahi spoke.

Khosrowshahi expressed support for his top executive by saying negative things about Business Insider. And then, he said, "We messed up" and we "radically changed the way we developed, tested, etc. So we changed, we messed up."

Sources told Business Insider that Khosrowshahi had not paid much attention to the autonomous car unit during his first year because he was very busy fighting fires related to the main business of Uber, but that this is changing.

On Tuesday, Khosrowshahi said: "One year after all the controversies we experienced last year, we are better, stronger, and I think ATG is following the same path," he said. declared.

Here is the full transcript of Meyhofer and Khosrowshahi's answers to this question at the plenary meeting.

Dara Khosrowshahi: D & # 39; agreement. From anonymous: "Business Insider has described the ATG culture as" toxic "and" missed warning signs, vast malfunctions and unrestrained fighting. "A truth to that?"

We will first ask Eric to fix the problem.

Eric Meyhofer: Another anonymous question. I think it's pretty important to think about how these articles are written and a bit of history about ATG. In the past three and a half years, we have had some amazing experiences at ATG. We've seen very difficult acquisitions, big lawsuits, hyper-growth, significant leadership changes, all sorts of things that can get people into a very emotional place.

And a lot of people – there are 1,100 here now – imagine how many have gone through this path. A lot of people who are no longer here, even those who are contacted by these media, are looking for sensational information. And they will ask people who are not working here questions, take them out of context and write an article similar to this one.

I think that what is more revealing of the current culture is, of course, one, to be here and to see it first hand.

But if you also look at things like our latest set of NPS scores [aka scores from the internal “Pulse Survey”], they have confidence here at 83%. 83% for trust. 83% for team work and collaboration, I think these are a lot more revealing of what's really going on here.

And then, I want to take a few more minutes and share a personal story that, I think, says a lot about what's going on here. And that is to say that this weekend was Thanksgiving and that I was away this weekend, which was pretty nice.

And I do not know, what we experienced, how we came together as a team, what we accomplished in '18, what are our results and what we still have to show about '# 18 , that I can not wait

I am very proud of what we have done and who we are. And so I do not know how to justify what this article says with truth and reality. But it's sensational and it attracts people into their media channel and that's what they'll do. But we must take this kind of thing with a grain of salt and stay focused on what the truth is really.

First, I encourage everyone, if you browse the titles of "Business Insider", to become a sensational periodical. Not a place where you go for the facts.

That said, I think this article reflects the fact that we've gone through a ton of change at ATG. And every time you go through a ton of change, there's a change of leadership that Eric has talked about. A tragic accident occurred this year. These changes have resulted in and dramatically change the way we do things, as well as many of our employees.

And that will bring some people who do not agree with the new direction we have taken from society and some people who can look back and say, you know what? We messed up in X, Y and Z.

And by the way, we screwed up X, Y and Z because we are radically changing the way we develop, test, and so on. We have therefore undergone changes. We messed up. I do not think this article is a true reflection of what happened through ATG. But that reflects what is true, that we went through a lot of things. And I think our test is this: Can the team come together to build something better? My bet is yes. And we must now prove it behind this bet, and I think the ATG team will come out better, narrower, stronger.

But what we must recognize, which is absolutely true, is that it is difficult.

And our job is to get through this business better, stronger. I think Uber has and is going. We are crossing this path and I think that this year, after all the controversy we saw last year, we are better, stronger.

And I think ATG is going through the same route and it will end up in the same "best" place.