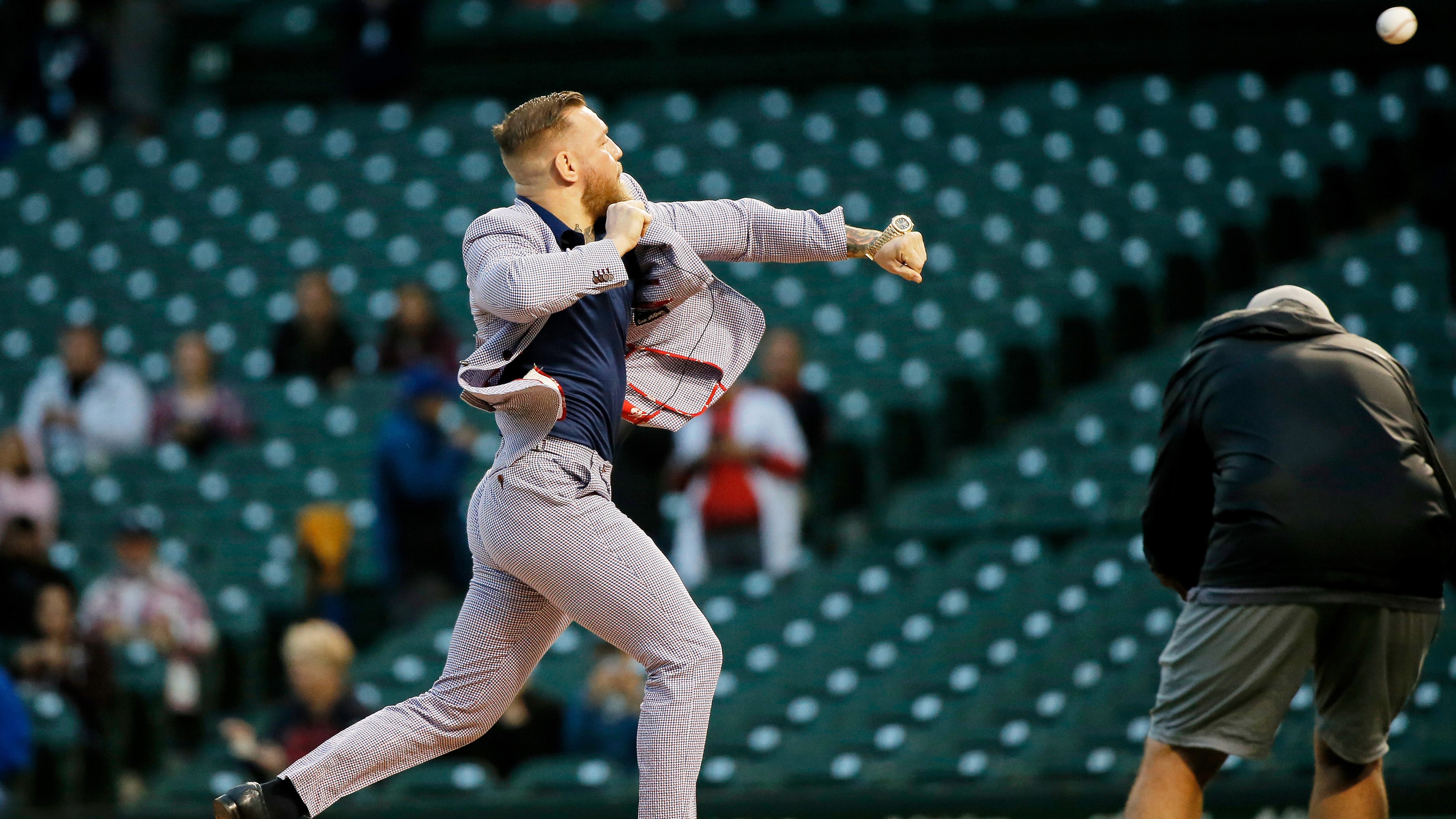 Conor McGregor was asked to pitch the first pitch at the Chicago Cubs Tuesday night’s game, but despite a wild throw away from the target, the double UFC champion does not try to redo.

McGregor looked like he’d lined up to throw a pitch to home plate, but the ball loosened far to the right, nearly hitting a fan in the front row.

“The most devastating first pitch ever at iconic Wrigley Field!” he told Marquee Sports Network with a laugh. “The venom is there, the power is there. It’s a bit off, precise but you know I’m on one leg. You can see me based entirely on the left leg that just got injured.”

McGregor underwent surgery in July to repair several fractures to his left leg suffered during his trilogy fight against Dustin Poirier. He was pictured training without a cast just a month after the operation.

“I don’t think there is much power difference between mine and them there. Just the accuracy is a bit low,” he said of the Cubs and Twins players on the ground.

“I’m happy with that. It was either a friendly lob or a goal to get him off the ground and if that was the target we would have had a problem, I would say,” he continued.

McGregor dominated his appearance at Wrigley Field with a performance of “Take Me Out to the Ball Game”.

He certainly gets points for trying.