Uganda confirms another case of Ebola 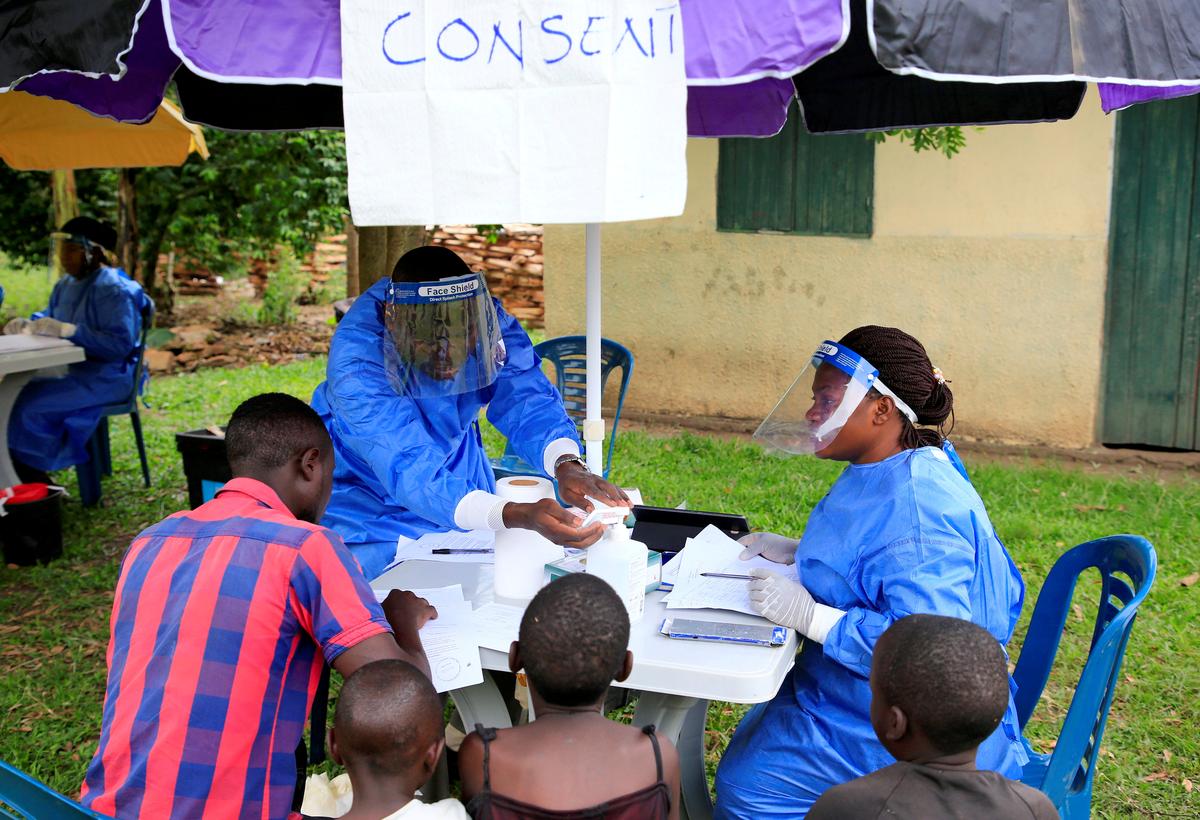 PHOTO FILE: Ugandan health workers talk to civilians before carrying out the first Ebola vaccination exercise in the village of Kirembo, near the border with the Democratic Republic of Congo, in Kasese District, Uganda, June 16, 2019. REUTERS / James Akena – / File Photo

KAMPALA (Reuters) – Uganda on Thursday reported another case of Ebola, a nine-year-old girl who had crossed the border from the neighboring Democratic Republic of Congo, where the haemorrhagic disease killed at least 1,800 people during an epidemic that lasts for a year.

The Ministry of Health said that the girl, of Congolese origin, had been identified by a control team at the Mpondwe border post while she was trying to cross the border with Uganda with his mother on August 28th.

According to the statement, the girl had symptoms such as high fever, bodily weakness, rash and unexplained bleeding from the mouth.

A sample of his blood tested positive for the Ebola virus, said the ministry. "The child being identified at the point of entry, there is no contact in Uganda," he said.

This new case is likely to make fear an outbreak of the Congo to neighboring countries.

In June, two people from Congo died in Uganda, while a third from the same visiting family died after being sent home.

Uganda had already suffered multiple epidemics of Ebola, but deaths were maintained, in part due to rapid diagnostics and a rapid response mechanism.

In a statement, the ministry said that a rapid response team had been dispatched to Kasese district, some 470 km from the capital, Kampala, to assist with "case management," and Community involvement, seeking contacts, psychological support and vaccination. "