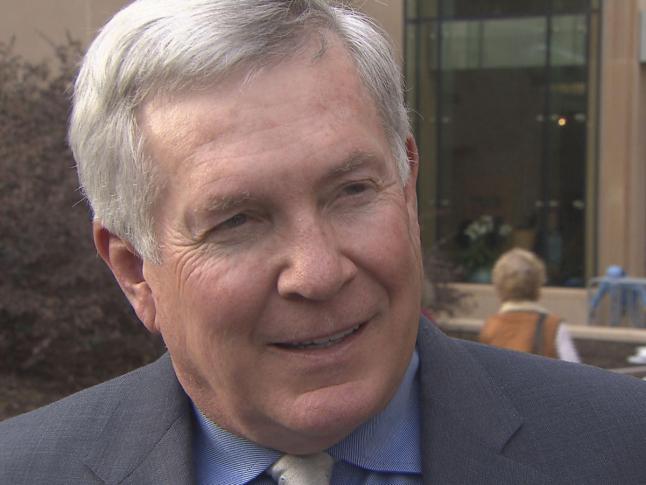 Chapel Hill, N.C. – Mack Brown, who coached the Tar Heels to a 69-46 record between 1988 and 1997, will be back as the head coach of football, the University of North Carolina announced Tuesday. Chapel Hill.

The change of coaching is done quickly. UNC lost in overtime to NC State on Saturday afternoon, Fedora was sacked Sunday morning and information that Brown would take over began to surface on Monday.

On Tuesday, the UNC board of directors met in camera for less than 30 minutes before the announcement of Brown 's hiring. A press conference to (re) present the coach is scheduled for noon.

Live at noon on WRAL

The details of Brown's contract – duration, amount and bonus opportunities – were not immediately available.

"It's a great day for Carolina," said Chancellor Carol L. Folt. "We welcome again a coach who has built a winning football program during his first term at Chapel Hill – a program reflecting the values, culture and commitment to excellence we aspire to in all what we do in this university. "

Brown arrived at the UNC after three seasons (11-21) at Tulane and with a season of 6 to 5 as the Appalachian State's head coach on his resume.

After two seasons of 1 win, he returned the Tar Heels, leading them to eight winning seasons, including three with 10 wins and six straight games.

He left North Carolina for the University of Texas, where he let the Longhorns go to 15 Cup games in 16 years and the 2005 National Championship.

He recently worked for ESPN as an analyst.

"Mack Brown has a proven track record in building great teams, and he does not just train football players, he also trains people of character," said Bubba Cunningham, director of athletics.

In a statement, Brown expressed his enthusiasm for a return to the sidelines.

"The best part of the training is for the players: building relationships, building confidence and finally seeing them succeed on and off the pitch," he said. "We can not wait to meet our current student-athletes and reconnect with our friends, elders and other Tar Heel coaches."