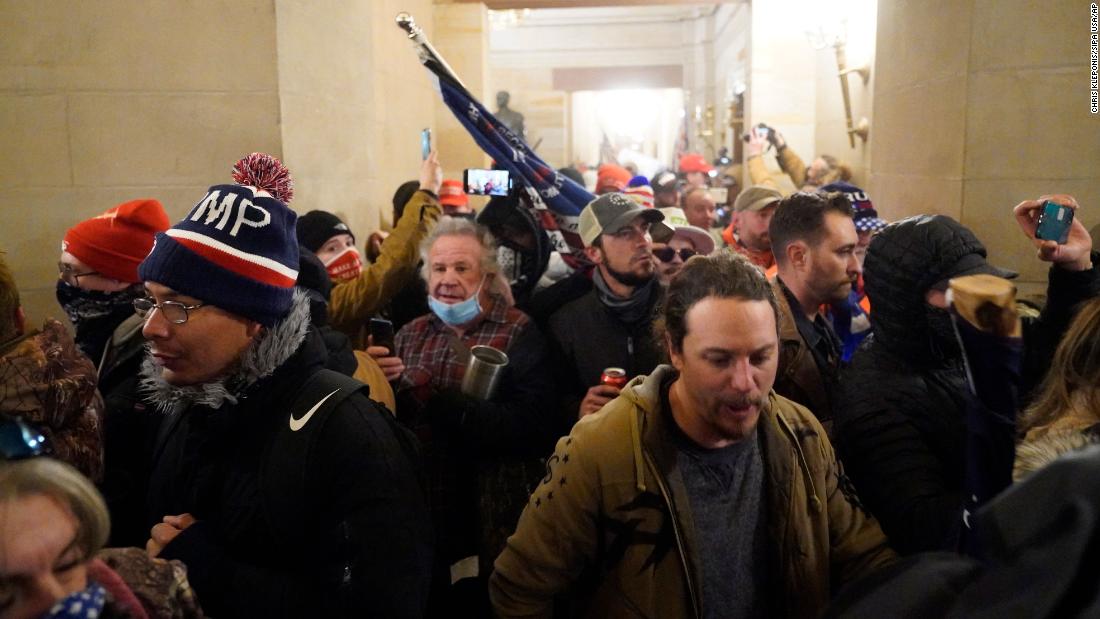 Representatives Mo Brooks, Paul Gosar and Matt Gaetz have all promoted the idea that the far-left group Antifa snuck up with Trump supporters at Wednesday’s rally to provoke a crowd.

“Growing evidence that the fascist ANTIFA orchestrated the attack on Capitol Hill with clever crowd control tactics,” said Brooks, a Republican from Alabama. tweeted Thursday morning.
“This has all the hallmarks of the Antifa provocation,” Gosar, an Arizona Republican, wrote Wednesday.
Gaetz was more specific on Wednesday night when he quoted, in the House – and to boisterous boos from his fellow Democrats – an article from the Washington Times, which has since been removed from their website. According to the article, facial recognition company XRVision “claims Antifa infiltrated Trump protesters who stormed Capitol.”

The Florida congressman began by saying he was “not sure if the information was true,” but went on to quote the Washington Times article, saying it contained “compelling evidence” that Antifa s ‘was infiltrating the ranks of rioters supporting Trump.

“Some of the people who violated the Capitol today were not Trump supporters,” Gaetz said. “They were posing as supporters of Trump and, in fact, were members of the violent anti-fa terrorist group.”

The facts first: None of this is true. The firm cited by the Washington Times told two media outlets that the story was false. In addition, right-wing extremists have been identified in the crowd that stormed the Capitol, and CNN has, at the time of this article’s publication, seen no evidence of left-wing infiltration of the crowd.

An attorney representing XRVision told The Daily Beast and Buzzfeed News that the Washington Times reporting was wrong and that the company instead identified two neo-Nazis and a far-right QAnon conspirator who were not members of Antifa.

XRVision and The Washington Times did not respond to CNN’s requests for comment before the publication.

“XRVision takes pride in the accuracy of its technology and considers the Washington Times publication to be utterly false, misleading and defamatory,” XRVision said in a statement to The Daily Beast. “Our attorney is in contact with The Washington Times and has asked them to ‘cease and desist’ any complaints regarding the supply of XRVision analytics, to withdraw the current claims and to publish and (sic) an apology.”