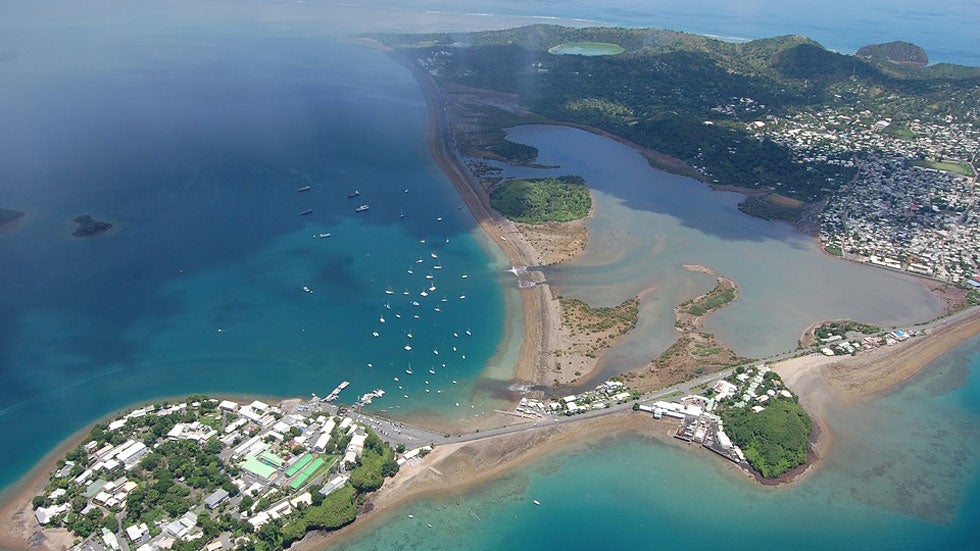 Unusual seismic waves traveled the world on November 11, and scientists claim to have never seen anything like it.

The rumbling took place just off Mayotte, an island between the southeastern coast of Africa and Madagascar, before spreading across Africa. Sites in Zambia, Kenya and Ethiopia recorded the roar. Even further, places in Chile, New Zealand, Canada, and Hawaii have recorded rumblings.

What the French Geological Survey (BRGM) has called the "very low frequency atypical signal"was a repetitive wave that was recorded every 17 seconds or so and lasted about 20 minutes in total, and it was strange that nobody felt it.

"I do not think I've seen anything like itGöran Ekström, seismologist at Columbia University, told National Geographic. "That does not mean that in the end, their cause is so exotic."

(PLUS: The depths of the world's largest sump are about to be explored)

A typical earthquake releases the range of its energy into a burst, containing several types of waves.

The first are the P waves, also called compression waves, according to the US Geological Survey. They shake the ground in the movement of the wave. They are usually felt in small tremors or slight tremors, although sometimes they are not at all.

Then come the S waves, or shear waves. Shear waves shake the ground in the direction perpendicular to the movement of the wave. These are felt during more severe shaking or shaking.

The third type of wave is surface waves, which are trapped near the surface of the Earth.. A rolling motion can be felt with surface waves.

Surface waves are the type of wave most comparable to that recorded on November 11th. During a large earthquake, surface waves can vibrate several times in the world.

But there was no earthquake strong enough to power a wave similar to that recorded in such a large area, and no P or S waves were recorded. Even more bizarre, the waves from Mayotte were too sharp and uniform compared to a normal earthquake, characterized by waves of different frequencies.

(PLUS: The New Zealand Islands are getting closer to each other)

Scientists suggest that the recent strange waves are linked to a swarm of earthquakes that has been unfolding off the coast of Mayotte for months. Since the beginning of May, Mayotte has been shaken by several hundred seismic events – the largest being of a magnitude of 5.8, and powerful enough to be the largest in the history of island – but no regular earthquake has been recorded where the enigmatic jolt took place in mid-November.

It has been suggested that, with what is known about the seismic swarm off the coast, the waves could have been caused by new volcanic activity emerging off Mayotte. This theory would complement the fact that Mayotte moved 2.4 inches to the east and 1.2 inches to the south. since the swarm began because of the movement of large amounts of magma, suggests an analysis of the country's National Institute of Geographical and Forest Information.

"These observations therefore support the hypothesis of a combination of tectonic and volcanic effects explaining a geological phenomenon involving a seismic sequence and a volcanic phenomenon," writes the BRGM, adding that their hypothesis will have to be backed up by future studies.

But for now, the cause of the mysterious waves remains unknown.