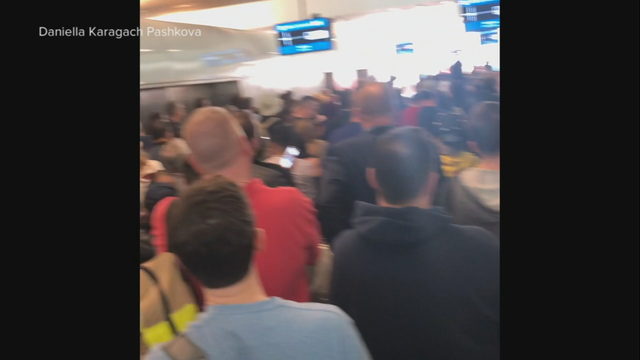 ORLANDO, Fla. – Operations at Orlando International Airport returned to normal after travelers thought that someone pulled out a gun on Saturday.

Orlando police said Ryan Mills was accused of attempting to pass security to the airport around noon.

During the incident, Mills allegedly searched in his pocket during his arrest and passersby shouted that he had a gun, police said.

This caused a chaotic scene near the security checkpoint and the airport.

A shared image with WFTV News shows a man surrounded by TSA agents and police after panic began.

The TSA had to put an end to the filtering and once it restarted, the delays accumulated.

It took about five hours for the flights to return to OIA, airport officials said.

Officers said the suspect had been taken away for an assessment of his mental health under the state's Baker Act.

Travelers inside the airport visited social media and shared photos and videos of the incident.

Update: The west checkpoint is fully operational, but delays persist, with TSA ensuring that passengers are monitored safely and efficiently. Please arrive early at the airport if you have a scheduled flight this afternoon and check with your airline for updates on the status of flights.

Not near a TV? Click here to watch WFTV Live Newscasts