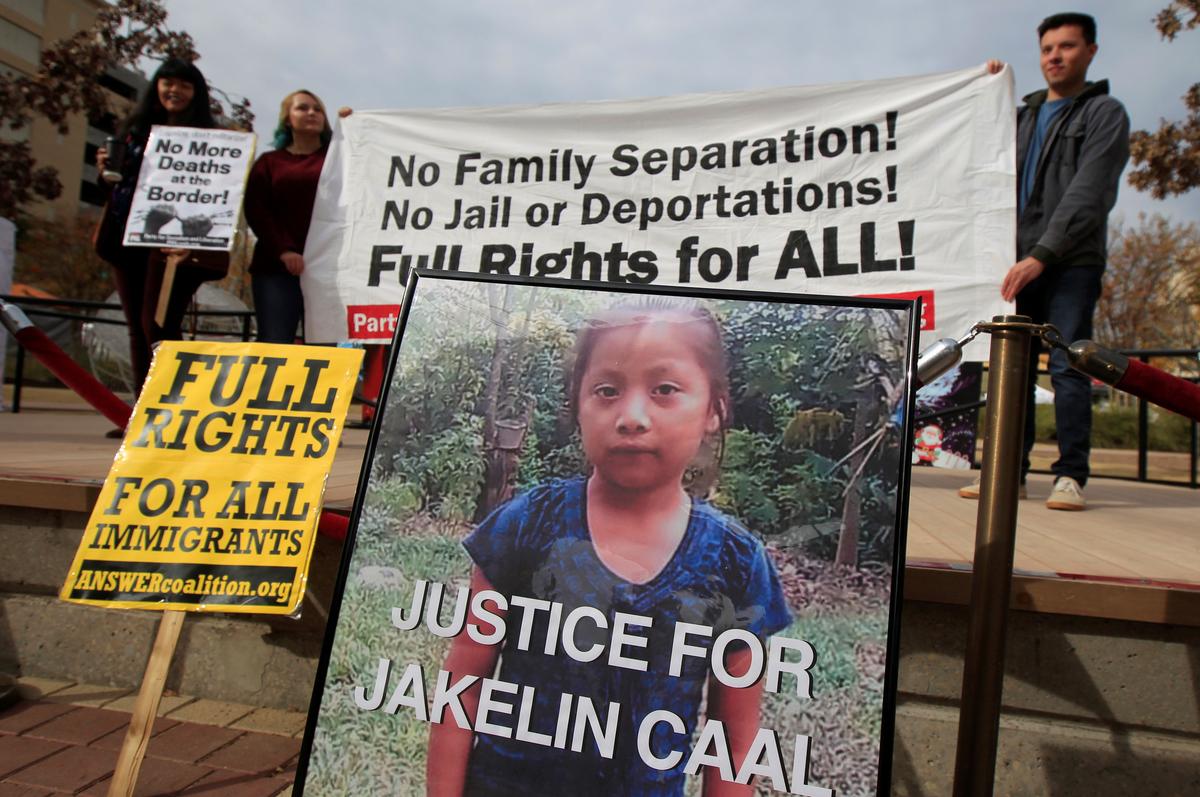 (Reuters) – US border patrol agents who arrested a 7-year-old Guatemalan migrant girl who later died in federal custody will not speak to US lawmakers who are investigating her death, the US Department of Homeland Security said Monday. , citing their membership in the Union.

A photo of Jakelin, a 7-year-old girl who died after illegally crossing Mexico to travel to the United States, after her illegal crossing, is seen at a demonstration to demand justice, in El Paso, Texas, states United States, December 16, 2018. REUTERS / Jose Luis Gonzalez / Photo File

Members of the Congressional Hispanic Caucus planned Tuesday to visit the New Mexico patrol post, where Jakelin Caal and her father were taken on December 7 to find out why she died the next day.

Department of Homeland Security (DHS) Secretary Kirstjen Nielsen said it showed the dangers of her trip and the family's decision to cross the border illegally.

US Representative Joaquin Castro, a Democrat at the head of the Hispanic caucus, said legislators needed to see how border patrol posts are equipped to protect the health and safety of migrants. Lawmakers want to question the agents who were present when Caal got sick.

DHS stated that the majority of the officers involved in the girl's detention were members of the union and therefore their duties were not to talk to members of Congress.

Art Del Cueto, a spokesman for the trade union agents, the National Border Patrol Council, said he had advised them not to talk to anyone about the DHS 's outside. incident until the agency would have completed its investigation.

DHS said visiting lawmakers would be able to speak with the US Commissioner of Customs and Border Protection (CBP) and the Border Patrol.

"While DHS respects the congressional oversight role, it is important to let the review process unfold without political interference," said DHS spokeswoman Katie Waldman in a statement.

The agents involved in the incident will participate in the investigation of Caal's death by the DHS inspector general, DHS said.

Hispanic congressional caucus did not immediately respond to a request for comment.

Caal and his father crossed an isolated border area with a group of 163 immigrants and were apprehended by the Border Patrol. They waited eight hours to be transported to the nearest border patrol station. Upon arriving at Lordsburg Station in New Mexico, Caal was found to have a high fever. She died on December 8 in a hospital in El Paso, Texas, after being diagnosed with liver failure, according to CBP.

Family lawyers issued a statement Saturday calling for a "transparent and neutral investigation" into his death. The family has disputed a statement made by CBP officials at the Washington Post that Jakelin had not eaten or drunk water for several days.