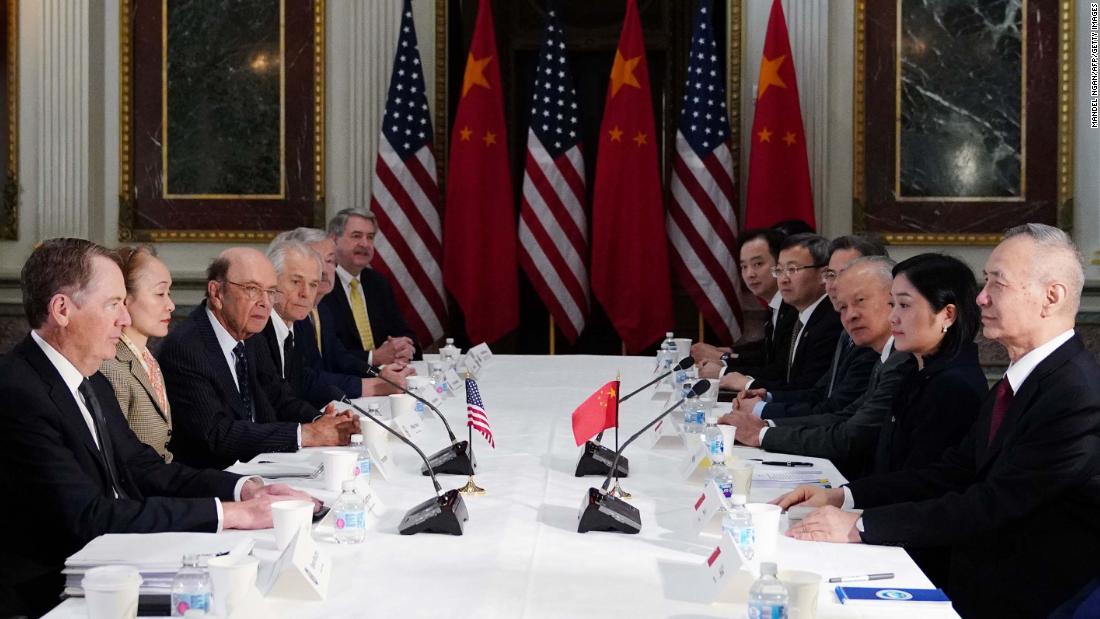 The office of the US Trade Representative said in a statement sent Thursday by email that he would be filing documents this week under the leadership of President Donald Trump in order to "suspend the planned tariff hike until further notice" .

The tariffs on the huge band of Chinese goods are expected to rise from 10% to 25% on Saturday, a deadline set by Trump in early December after Chinese leader Xi Jinping and he agreed to a truce in the trade war between the two countries. which has shaken businesses and financial markets around the world.

Trump said Sunday that he would delay the rate hike but gave no deadline. The absence of a new deadline in the US Trade Representative's file suggests that negotiators hope to reach an agreement soon.

Trump's chief trade representative, Robert Lighthizer, said Wednesday at a congressional hearing that the US government is considering suspending the planned tariff hike for the weekend.

This decision comes after Trump said Monday that he would hold a "signing summit" with Xi for the deal that Lighthizer is trying to negotiate.

"Do not go for the soy solution"

At Wednesday's hearing, however, Lighthizer took a more cautious tone with regard to negotiations with Beijing.

Despite recent steps taken to resolve the commercial dispute that shook Wall Street, weighing on the Chinese economy and harming US companies, Lighthizer pointed out that negotiations between the two countries were far from over and that There was still a lot of work to be done.

"We are making real progress," he said. "If we can complete this effort – and again, I say" if "- and can reach a satisfactory solution to the very important issue of enforceability as well as other concerns."

Lighthizer said that it was still unclear whether the Chinese would meet US requirements – but that the problems were too serious to accept the Chinese pledges to buy more US agricultural products and qualify it as a winner.

"Do not go there for the soy solution – it's our only chance," he said.

Lighthizer explained in detail how the administration was considering implementing any agreement reached with China, which was a major obstacle to negotiations. The US trade envoy has repeatedly said that the United States would not accept any agreement without a way to hold the Chinese accountable.

He added that violations of the binding agreement would be discussed during monthly consultations with staff, quarterly by deputy ministers and twice a year by ministers of both countries. Lighthizer did not exclude unilateral action in the form of customs duties, so the problem could not be solved.

"Without this kind of thing, we have no real commitment," Lighthizer said.

He also said any imminent agreement would be a step forward in a much longer process of fundamentally changing China's unfair trade practices, which include intellectual property theft and technology transfer.

"I'm not stupid enough to think that there is a negotiation that will change all practices with China or our relationship with them," Lighthizer said. "I consider this a process."

The trade envoy also told lawmakers in the House that any agreement would be a binding agreement, whether or not it is a "memorandum of understanding" – a term the president has clearly stated hate in the words televised oval office last week.

Any agreement reached with China will not be subject to congressional approval, unlike traditional free trade agreements, Lighthizer told legislators. Instead, the scope of the agreement will focus on the unfair commercial practices specified in the investigation under Article 301 of the Trump Administration, which served as the basis for the imposition of customs duties last year.

"This is not a free trade agreement," Lighthizer said. "My field is narrow here, it's based on 301."