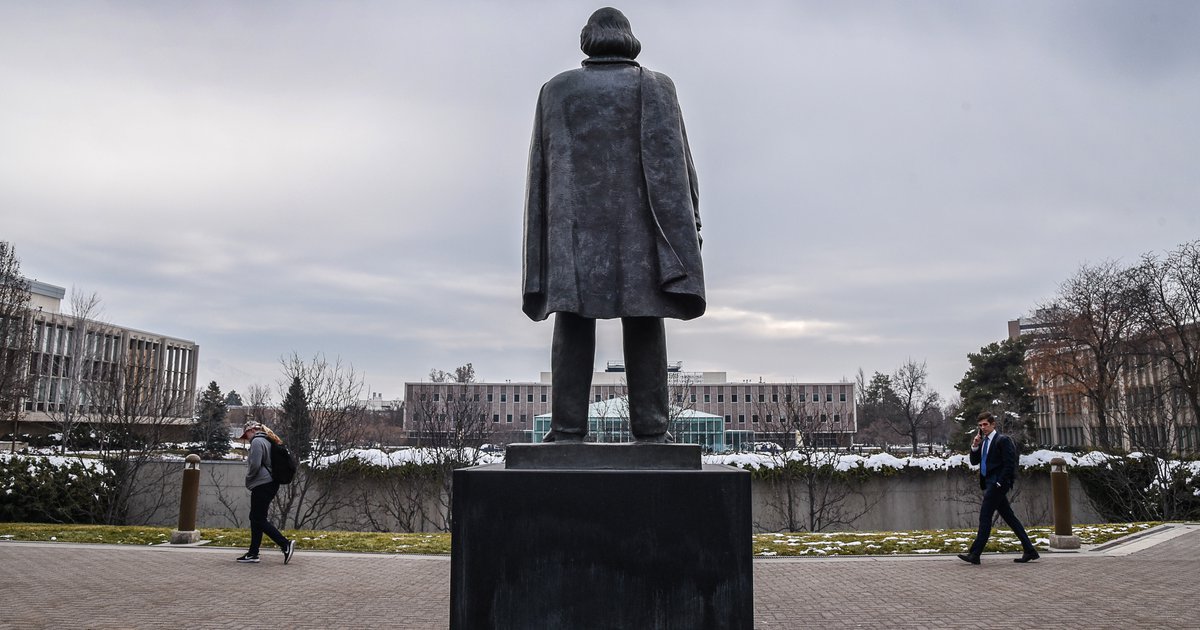 The Public Security Commissioner of Utah has notified Brigham Young University that his police department would be stripped of his authority.

A letter issued Tuesday by the Ministry of Public Security indicates that the government decides to withdraw its approval from the BYU police for two reasons. First, the department did not conduct an internal investigation into allegations of misconduct by a BYU police officer particularly over a two year period ending in April 2018.

The allegations of professional misconduct are not detailed in the letter, but it was during this same period that state officials initiated an investigation into how BYU police officers had access to the department's reports and the records from other Utah County agencies.

The Salt Lake Tribune obtained BYU documents in 2016 that police lieutenant Aaron Rhoades had accessed a county criminal records database to gather information from another department as part of his work. a survey on the code of honor of a school. It is not known if this was more prevalent; The documents investigating the discoveries of DPS have never been published. The Department of Public Safety has refused to release the documents and The Tribune is appealing this decision.

In the letter of decertification, DPS officials also stated that BYU police had not responded to a subpoena issued while police regulators were investigating a police officer for misconduct. In a letter to the BYU police in December, the agency was authorized to authorize the DPS to access all "records, personnel and electronic data" records so that investigators could determine how their agents use a database. police record data, the BYUPD command structure and "powers, powers and limits". "BYU police officers.

DPS spokeswoman Marissa Cote said the BYU police would continue to be certified until September 1, although the department could appeal the decision and request a hearing before. BYU's statement indicated that it was already preparing an appeal.

In its statement, BYU indicated that it did not agree with the grounds invoked by the DPS for the revocation of the certification. According to the DPS, the campus police "did not meet the criteria" for an internal investigation and a response to a subpoena. "BYU, however, believes that the university police meet all the applicable criteria and is surprised that the commissioner is sending a letter for these technical reasons," he said.

Side could not remember that state officials had taken a similar step to decertify a police department in recent history.

The BYU code of honor prohibits alcohol and coffee, restricts student-to-student contact, imposes a strict dress code, and prohibits expressions of same-sex love. Representatives of Utah's Attorney General's Office announced in October that they had decided a few months earlier not to institute criminal proceedings against Rhoades as part of the DPS investigation.

A panel of prosecutors had ruled that the case against Rhoades had been concluded "without reasonable possibility of conviction," the office said.

Ric Cantrell, Utah's attorney general's chief of staff, Sean Reyes, said changes had been made within the police department as a result of the problem of file-sharing, but without giving any details. More details. "We are convinced that the structure that allowed this to happen has been corrected," he said at the time.

On October 25, Rhoades voluntarily waived its peace officer certification instead of submitting to a statewide investigation led by the Peace Officer's Standards and Training Officer. # 39; Utah (POST) on its use of police databases.

A debate is ongoing as to whether BYU's police should be subject to Utah's record laws, like all other police forces in the state. The Salt Lake Tribune has filed a lawsuit to force the BYU police to comply with the Utah Government's Access and Records Management Act, or GRAMA. The newspaper received a favorable decision from a district court judge, but BYU appealed.

A bill in the Utah legislature would also force the BYU police to follow GRAMA. BYU is a private university owned by The Church of Jesus Christ of Latter-day Saints. Campus advocates argued that, as a private institution, it should not be subject to registration laws for government agencies.

In a December letter, DPS Commissioner Jess Anderson said that he was aware of the judge's decision in The Tribune case and that BYU was calling him, but added: "I expect BYU PD to be subject to the law on access and management of government documents and to respect it. "

In his statement on Tuesday, BYU said the university has been leading and funding its state-certified police forces for nearly 40 years.

"BYU continues to believe that the best way to protect its students and protect its campus without imposing a disproportionate tax burden on Provo taxpayers is to have full police protection provided by the City Police and Provo University." ".

This story is in development and will be updated.