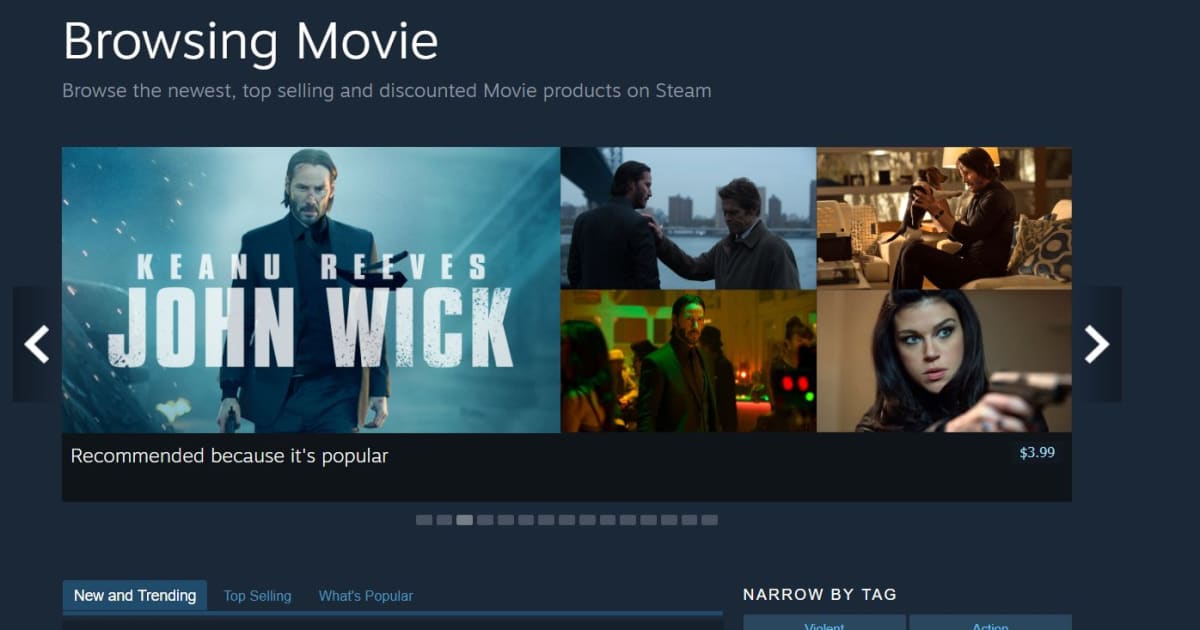 Although Steam is primarily known as a gaming platform, it has become over the years a video hub. This includes his own documentaries and even major releases in Hollywood, but today, Valve has announced its intention to "refocus". According to a blog post, he removed the Video section of the Steam Store menu, and said that in the next few weeks, non-game-related content will also disappear, so that it will no longer be available. on sale. However, if you have bought a movie or video from Steam, you can watch it as before.

This does not mean that you will not see videos on Steam now, but they will be associated with the games and can be found in the pages of these games or via the search. As the company reorganizes its content policy and faces a new challenge from Epic, it's probably time to reevaluate its efforts and focus on what the players are using the most, which is, according to Valve, at the origin of this decision.