Verizon's 5G Network Is Really Fast As Ever – Droid Life

Verizon's all-new 5G mobile network went live yesterday, promising big things in the speed department that most home Internet connections can not match. Big Red said customers would benefit from typical download speeds of around 450 Mbps with peaks close to 1 Gbps. Of course, we want to know if these numbers are real, so we are looking for quick tests. Fortunately, Verizon's public relations team did not hesitate to publish some initial numbers.

In two separate tests published in the last 24 hours, a speed test (above) reached 760 Mbps, while a second test reached 560 Mbps. The second test showed Verizon 5G speeds versus AT & T's 5GE, which is not a true 5G network and should not have a chance. As the test proved, Verizon's 5G network is the real deal at the moment and this network, which is a 4G LTE Advanced connection, can not be blocked. 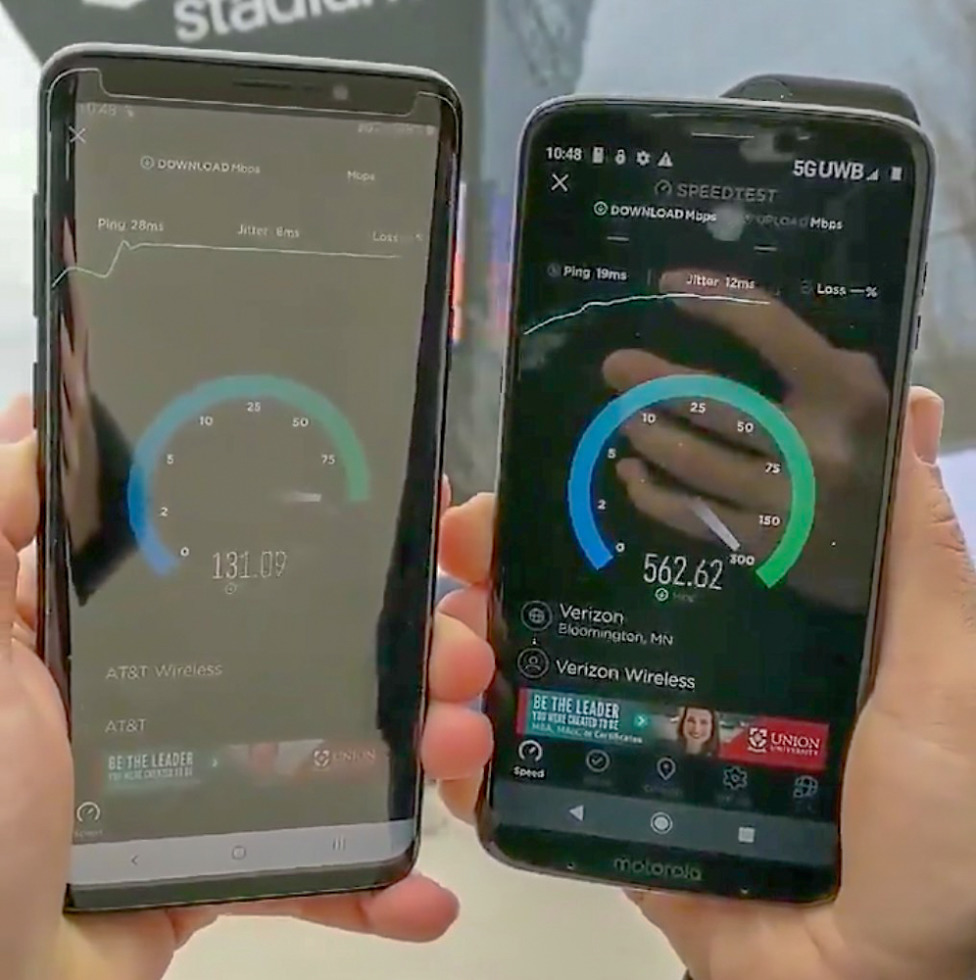 Both tests took place outside US Bank Stadium, where the NCAA final will be held this weekend. It's in Minneapolis, for those who do not know it, one of two launching cities of Verizon 5G (the other is Chicago). Verizon representatives used a Moto Z3 with a Moto Mod 5G attached. They can be purchased today to access this new 5G network.

Of course, these tests have no meaning at this stage because there are very few connections to Verizon 5G. The Moto Z3 with a Mod 5G is the only device currently able to connect to it and I can not imagine that many have both. The real test will be when thousands of people in this stadium will all want to jump in 5G at the same time and try to broadcast the wonders of the Final Four. This may not happen for years. For now, we will only enjoy the tremendous speeds of a virgin network, unused and unoccupied.

On a related note, what is that the "5G UWB" logo? Verizon, you want to call your 5G network "5G Ultra Wideband", but this logo must disappear.

Look at this! Verizon's 5G UWB vs. ATT's 5 Ge on the outside @usbankstadium Hmm … one of them always looks like 4G LTE! ? pic.twitter.com/oXBeFrg4tD

Nice to be in Minneapolis as @verizon 5G UWB does the story!

Speed ​​test here in front of the US Bank stadium