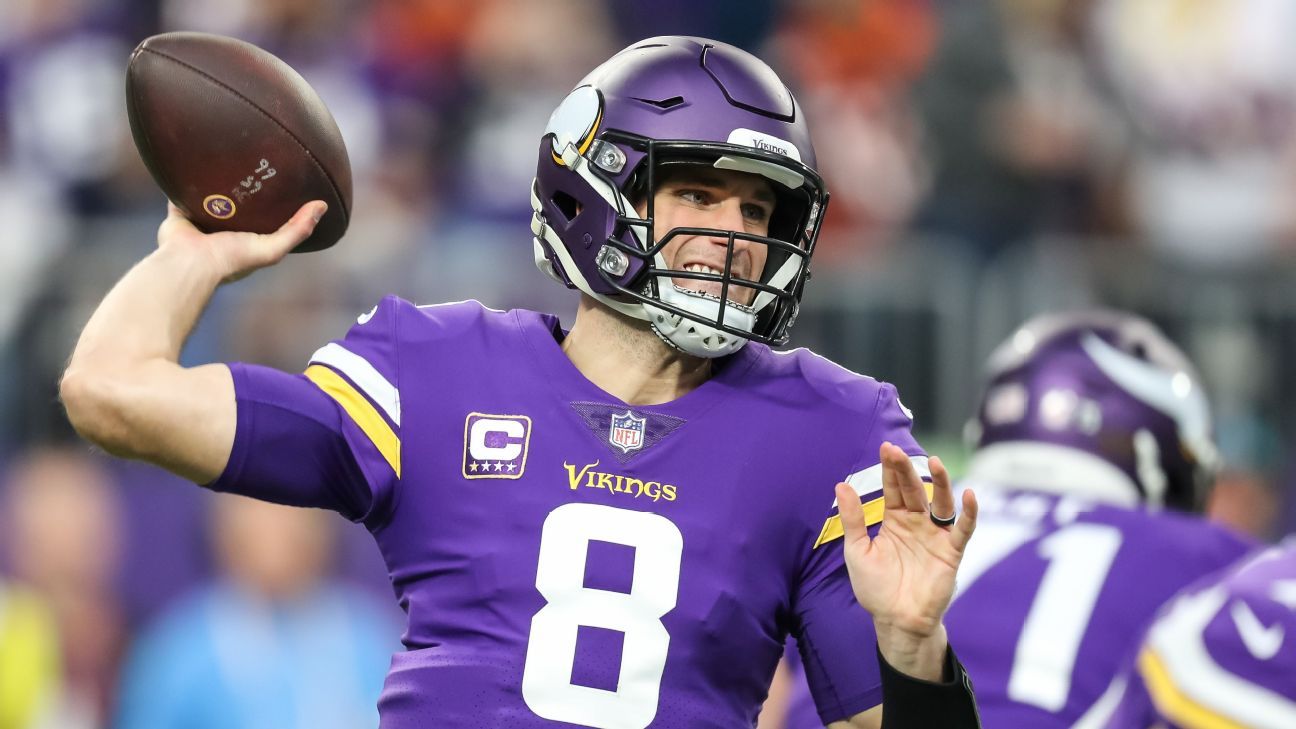 INDIANAPOLIS – At the dawn of a new league year, the Minnesota Vikings are expecting bigger things by the time they turn the page for their second season with quarterback Kirk Cousins.

While Vikings general manager Rick Spielman and coach Mike Zimmer noted the highs and lows with the Cousins ​​in 2018, they were not focusing on what was wrong, but on They hoped that he would do this season.

And this is not just an expectation that, in our opinion, is specific to Cousins. Spielman and Zimmer both discussed the transition period for players they acquired through unrestricted free will and how the learning curve of the first year is often a factor of success for the second year.

"I think he's had a good year," Zimmer said. "I think that because he signed the big contract, everyone is behind him and we have not won enough matches, same thing for me, I guess, but the big problem, that's 39, is that every free agent that I have had in my 25 or 26 years, despite my many years of training, they always played better the second year.

"They have to learn where everything is, they have to find accommodation, you can go through our free agents: Captain Munnerlyn, when he was with us, his second year. Linval Joseph, second year. All these types, in general, they do not know anyone, they do not know where their locker is, all that. You add that to the new terminology, whatever. I think he'll play well. "

Spielman, who removed the acting etiquette from offensive coordinator Kevin Stefanski and hired Gary Kubiak as the assistant head coach / offensive advisor this season, has confirmed his agreement.

"By entering its second year and with my history with UFAs, they usually start clicking pretty well as early as the second year," said Spielman. "And if you put them in a system that is familiar to them, the transition will be all the easier.

"I can just give an example with Brett Favre, when he operated the same system in Green Bay forever and then in New York that year, a totally different system, and probably did not have his year the more productive as a professional, then he eventually came back to us and came back to a system he knew well and that made a huge difference. "

Reinforcing coaching staff with Cousins ​​during the off-season necessitated adjustments within the offense, including the use of a terminology "very similar" to that with which the Cousins ​​worked in Washington.

By hiring Kubiak, the Vikings hope to create a synergy with the Cousins ​​by reducing the quarter of a quarter with the Washington Redskins. Kubiak's time in Denver with Mike Shanahan and Houston working with Kyle Shanahan will give the Vikings the opportunity to build on the established knowledge of a system that Cousins ​​is familiar with.