Watch: BTS is full of laughter and passion behind the scenes of "Boy With Luv" MV with Halsey 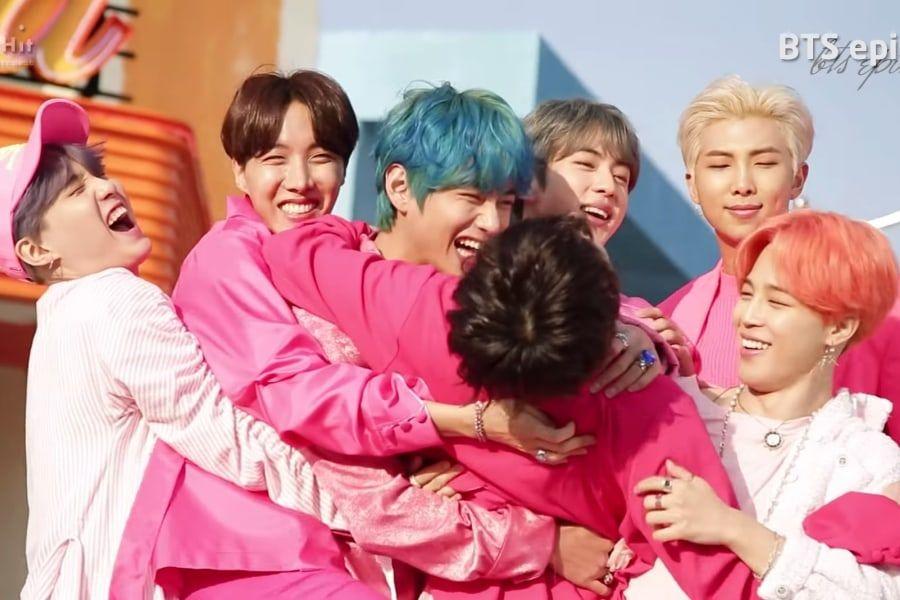 BTS gave fans a behind-the-scenes glimpse of their latest "Boy With Luv" video!

On April 13, BTS released the MV shooting sketch for its new title "Boy With Luv" starring Halsey. The clip shows members filming their music video on different sets, both together and individually.

Referring to how "Boy With Luv" begins with his voice, Jimin comments with amusement: "I heard that [a song] It will be a success if it starts with Jimin. Suga adds, "Our choreography will this time be a style you have never seen before. "

Idols seem to have fun filming and mocking between shots. Jungkook and J-Hope joke in Korean and English. Jimin surprises his members by having them pose for a group selfie before announcing "it's a video!". Jungkook also points out that a pattern on the floor looks like the symbol of their official symbol. ARMY fanclub and a bright smile on camera.

On another set, RM explains with a shy smile: "There is a very famous musical movie called" Singin "in the rain." [This scene] is a tribute to [that movie], with the feeling that our misfortune is over. Jin complains adorably to V having smashed a rose while stepping on it, but V then gently offers the flower to the ARMY and asks them to wait.

BTS then films for the first time with Halsey and shares a laugh while watching their dance scene together. V is sorting the American singer out loud when he tells her that they only have one take, in English, "Good good news. The last."

The BTS concludes the video with a message to ARMY in which it reveals that it filmed the video for three days. Members congratulate Halsey for her kindness and thank her for her hard work despite her long travels before filming. The clip ends with images of an adorable visit of V's beloved dog, Yeontan, while Suga runs away after ignoring her.

Check out the video below behind the scenes!