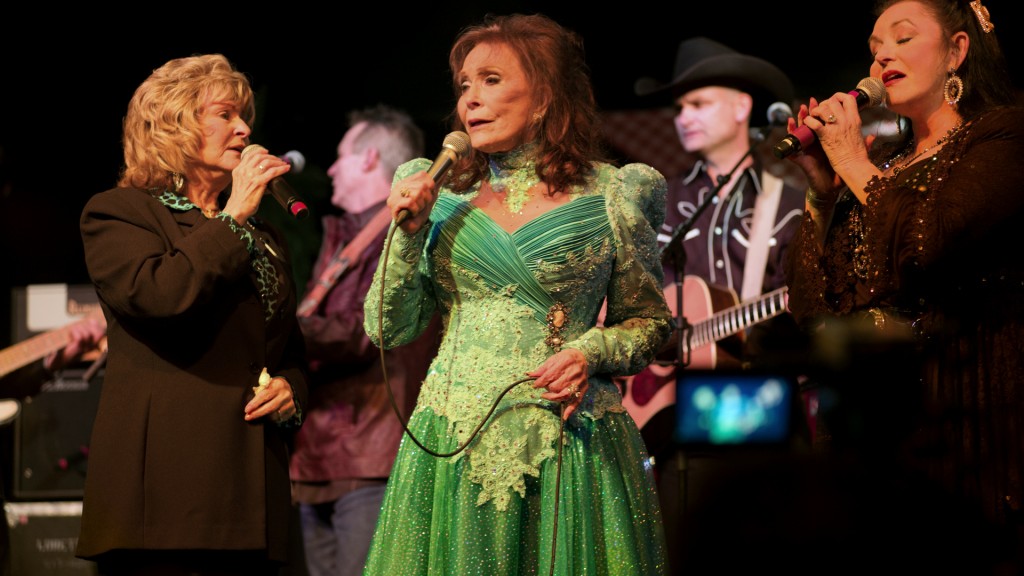 At first, Loretta Lynn did not want to sing in the microphone.

Thousands of fans gathered last week in Nashville for a birthday tribute dedicated to the legend of country music. This was Lynn's first public appearance after recovering from a stroke in 2017 and a broken hip the following year. Lynn is 87 this weekend.

Lynn joined her friends and family on stage at the end of the night to perform her flagship song, Coal Miner's Daughter.

"I had the habit of locking myself in a room before finishing a song," she said. I would not come before I wrote the song. "

His sister, the artist Crystal Gayle, encouraged Lynn to sing in the mike, but she refused. Moments later, Lynn changed her mind.

"Let me have this microphone," she said, catching the microphone. People cheered when she joined and sang the song from the rest of the way.

Lynn's discography is full of personal songs about her life in Butcher Holler, Kentucky, and her inspiring musical composition is not afraid to cover certain topics. His 1975 contraception ode, "The Pill," was an ode to contraception that had been banned by several country music stations at the time. She fed the tired energy of several songs intended for men and women, as in 1966, "You Are Not Woman Asough (to take my man)".

Lynn told PBS NewsHour's Jeffrey Brown that the key to writing a good song is "to have the heart and soul of a person writing it," adding that it was not necessarily simple. "It's difficult for the writer," she said.

"I had the habit of locking myself in a room before finishing a song," she said. I would not come before I wrote the song. "

When asked how she would know that this had been done, Lynn replied, "Well, I'll know when it will be done. If you do not know when you are done, you should not write. "

READ MORE: Loretta Lynn asks, "Who will I miss when I'm gone?"

Gayle, Lynn's sister, said she spent time with her sister on the road, telling NewsHour it was like being on a summer vacation.

When she remembers those days, "and I was at the back of her bus, she was writing music and we were singing, and she said," No, sing it that way. Way, and she said, "No, let's try it another way."

"It helped me learn my voice," Gayle said.

Friday on PBS NewsHour, Loretta Lynn sits with Jeffrey Brown for an interview. Check your local listings for now.

Justin Bieber’s Making of ‘Anyone’ video: