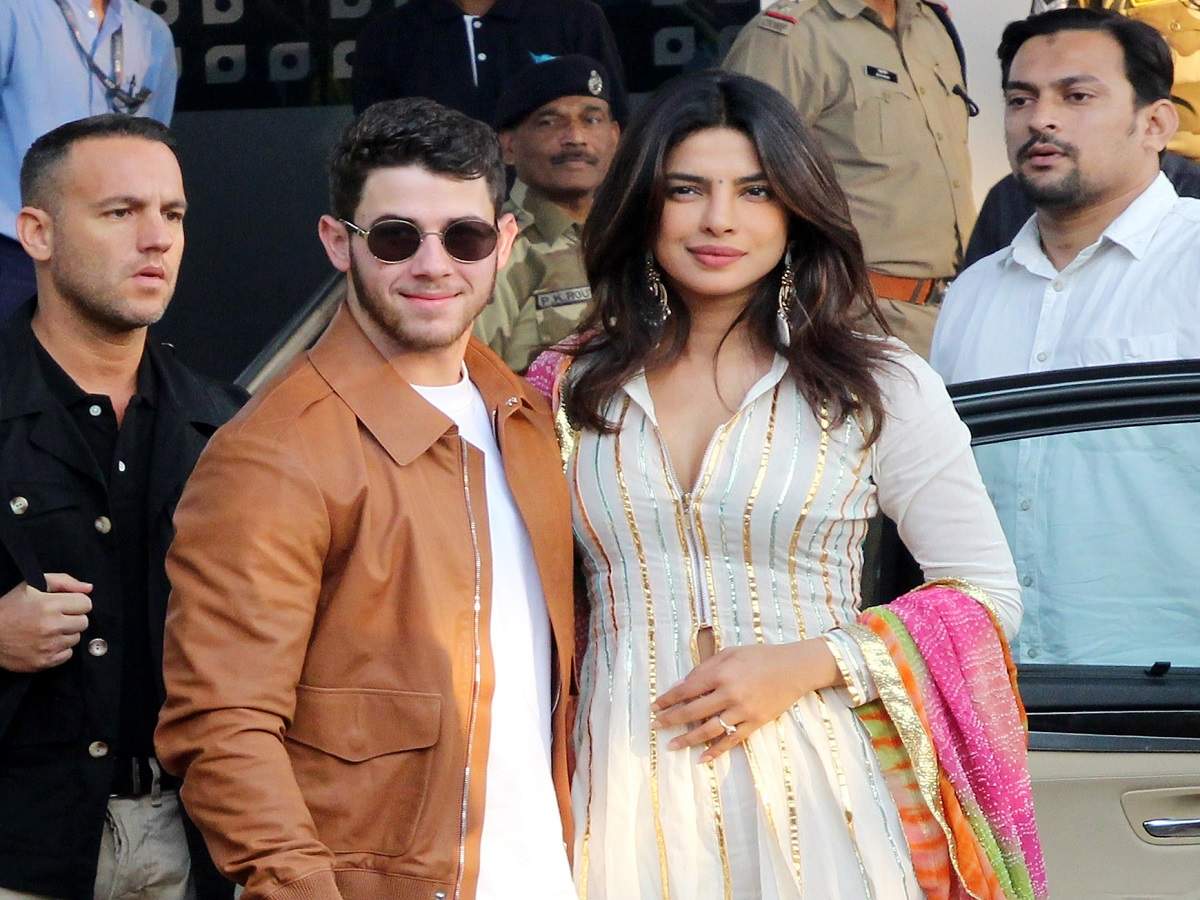 Priyanka Chopra and Nick Jonas, who are both ready to tie the knot this weekend, have reached Jodhpur airport and were captured while they walked hand in hand. The couple had taken an early morning flight with Joe Jonas and Sophie Turner in the company.

The couple, nicknamed Nickyanka by their fans, had a beautiful coordinating color: PeeCee dressed in a traditional beige outfit while her fiance, Nick, opted for a white t-shirt and beige trousers with a brown jacket.

While the ceremony of Mehendi and Sangeet will be held tomorrow followed by a cocktail party, the Umaid Bhawan Palace in Jodhpur, where the couple will make their wishes, was closed to tourists and locals alike. A notice stating "for security reasons, the palace will be closed to the public from November 29, 2018 to December 3, 2018" was also placed outside the palace.

The couple will tie the knot according to Hindu customs on December 2, which would be followed by a wedding with Christain the next day. Priyanka Chopra and Nick will also hold their wedding receptions in Delhi and Mumbai, but dates are not yet known.