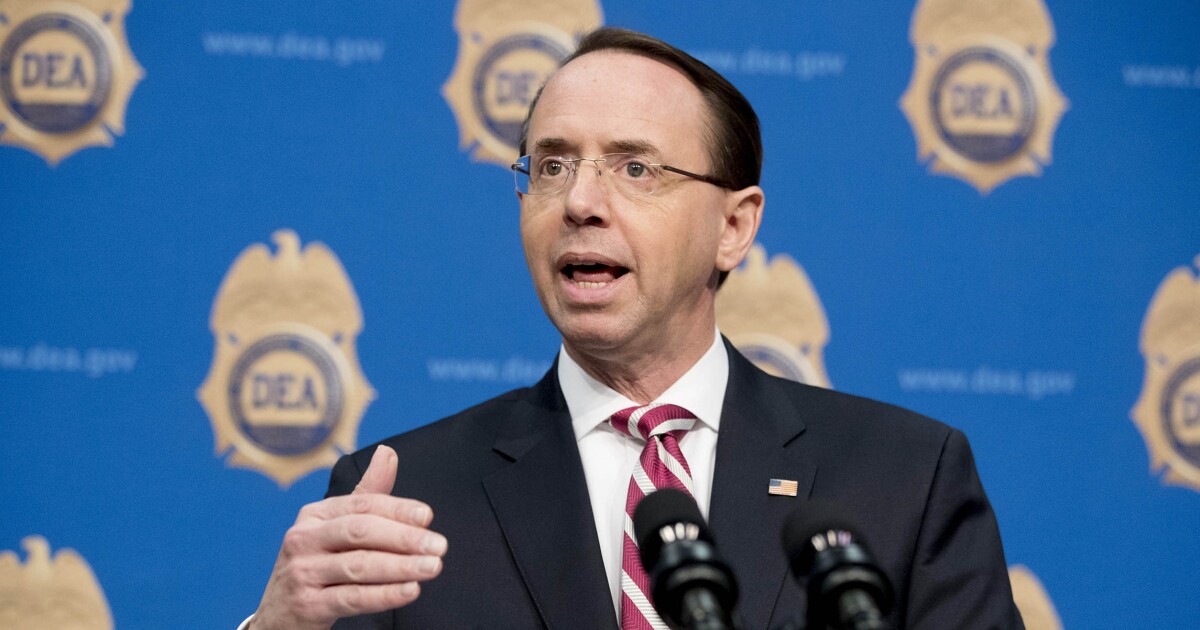 A A Conservative watchdog is suing the Department of Justice for any record that Deputy Attorney General Rod Rosenstein could have made during his meetings at the White House.

Judicial Watch announced Wednesday a lawsuit under the Freedom of Information Act, which sought to obtain all records of communications between Rosenstein, the office of former Attorney General Jeff Sessions, and the Former FBI deputy director, Andrew McCabe, on the use of the 25th amendment to revoke President Trump.

The announcement of a lawsuit comes amidst McCabe's explosive media tour, which promotes his new book, in which he documented corroborated information that Rosenstein reportedly for months that the port of "Wire" to record conversations with Trump and that he had discussed the invocation of the 25th Amendment against the President in order to dismiss him the day after the dismissal of the director of the FBI , James Comey, in the spring of 2017.

The Department of Justice claims that its version of the events was "inaccurate and factually inaccurate" and that Rosenstein never allowed the use of a thread to secretly record Trump.

Meanwhile, Trump accused McCabe and Rosenstein of planning to carry out an "illegal and treacherous" plan against him.

Judicial Watch said it had filed a lawsuit after the Justice Department ignored three separate FOIA requests from September, around the time Rosenstein discussed the 25th Amendment and the 39, a secret thread, looking for archives from April 1, 2017 to May 31, 2017.

A spokesperson for the Department of Justice declined to comment on this report.

"It is not surprising that we are faced with an immense concealment of discussions between the FBI and DOJ leaders in order to continue a seditious blow against President Trump," said Judicial Watch President Tom Fitton. "This effort to overthrow President Trump is a fundamental threat to our constitutional republic, so Judicial Watch will do everything in its power to denounce everything possible about this anarchy."

A Justice Department source told CNN on Sunday that Rosenstein planned to leave the ministry by mid-March, but that has nothing to do with McCabe's statements over the past two days and that Rosenstein was still planning to leave after helping confirm William Barr as Attorney General.