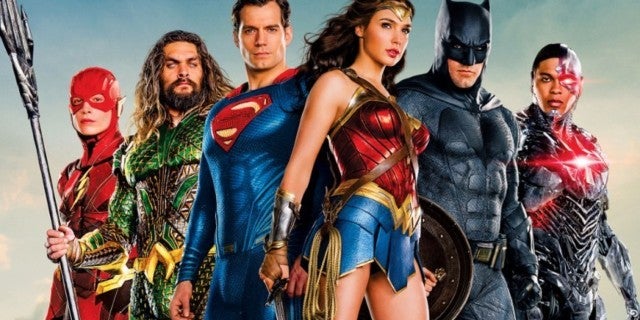 The DC Comics cinematic franchise seems to be back on track after the success of Aquaman while anticipating Shazam! continue to grow. But after the decline of Justice LeagueIt looks like Warner Bros. Pictures focuses on the development of independent films, while Superman and Batman are relegated to the background.

While talking with the LA Times, Kevin Tsujihara, CEO of Warner Bros. Entertainment, talked about the new strategy for DC-based movies, stating that there could be a renewed interest in a shared universe in the future.

"The next slate, with Shazam, Joker, Wonder Woman 1984 and Birds of preywe feel we are on the right track, "said Tsujihara. We have the right people in the right jobs working there. The universe is not as connected as we thought five years ago. You see a lot more emphasis on individual experiences around individual characters. This does not mean that we will not come back at a given moment to the notion of a more connected universe. But it's like it's the right strategy for us right now. "

When asked what caused the change of strategy, the boss of the WB pointed to a very specific turning point that revealed a future of possibilities, showing that it was not necessary to count on Batman and Superman in the future.

"What Patty Jenkins did Wonder Woman illustrated what you could do with these characters who are not Batman and Superman, "said Tsujihara. Obviously, we want these two to be in the right place, and we want strong films around Batman and Superman. But Aquaman is a perfect example of what we can do. Each is unique and the tone is different in each film. "

Although Batman may not be the center of the future, Warner Bros. did not forget his flagship hero. In fact, they seem to be taking this direction with the Caped Crusader in their next film.

Screenwriter and director Matt Reeves explained why The Batman will be disconnected from other movies, perhaps revealing why they needed a change from Ben Affleck's version.

"Aquaman is going to be very different from Todd Phillips Joker movie, and it's going to be different from Shazam and Harley Quinn, "Reeves told the Hollywood Reporter. Warners think that they are not obliged to try to develop a giant slate that must have all the plans to establish a connection. What they have to do is make good movies with these characters. "

We'll see the next phase of the DC Comics movie universe when Shazam! premieres in theaters on April 5th.

In this last episode, we talk about the most recent Detective Pikachu (and the appearance of Mewtwo!), the Oscars, and much more! Make sure to sign up now and never miss an episode!