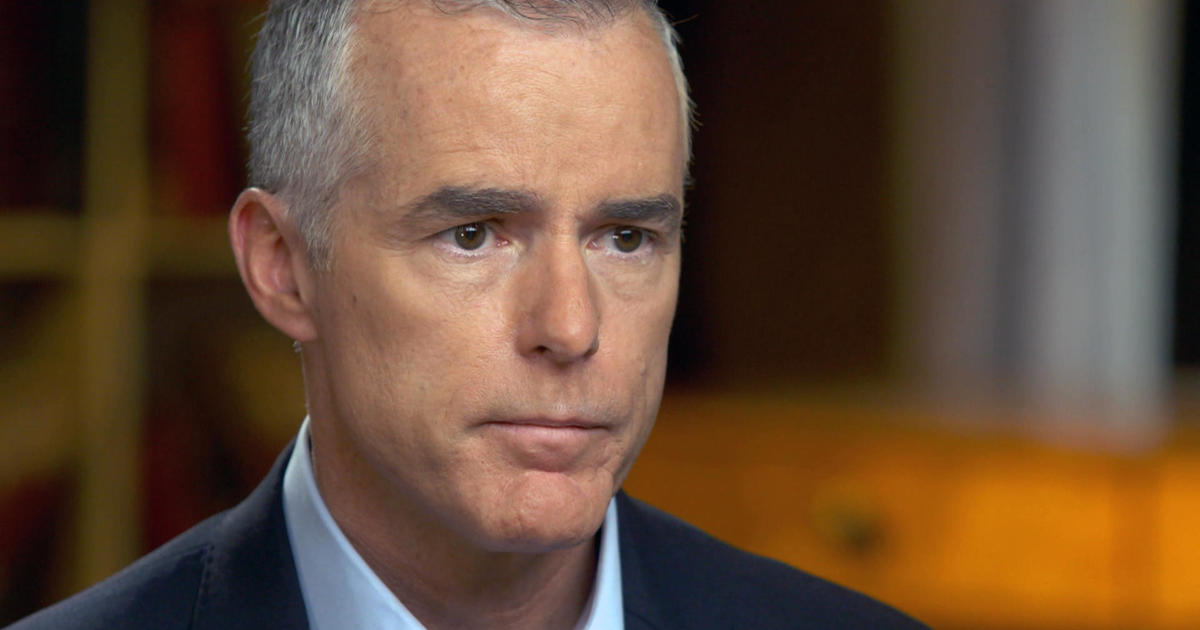 In an interview for "60 Minutes" aired on Sunday, Feb. 17, former FBI Acting Director Andrew McCabe told his correspondent, Scott Pelley, that he had briefly touched on the invocation of the 25th Amendment with Deputy Attorney General Rod Rosenstein.

The full transcript of this part of the interview, published Friday, is:

ANDREW MCCABE: The discussion on the 25th amendment was, Rod just raised the issue and discussed it with me in the context of thinking about how many other members of the cabinet might support such an effort.

SCOTT PELLEY: Rosenstein spoke openly about whether there was a majority of the cabinet that would vote to dismiss the president.

MCCABE: It's okay. Count the votes or the possible votes.

PELLEY: What seemed to be going through the mind of the Deputy Attorney General was getting rid of the President of the United States–

PELLEY: – In one way or another.

MCCABE: I can not confirm it. But what I can say is that the Deputy Attorney General was really very concerned about the chair, his ability and his intention at that time.

PELLEY: How did he evoke the idea of ​​the 25th amendment?

MCCABE: Honestly, I do not remember. He– it was just another kind of subject that he had jumped into amid– a wide ranging conversation.

In an interview preview of "CBS This Morning" on Thursday, Pelley described what had been discussed in the interview. "There have been meetings at the Department of Justice during which it has been discussed the possibility of bringing together the Vice President and a Cabinet Majority to dismiss the President of the United States under the 25th Amendment," he said. he declared.

"They were counting their noses," Pelley explained. "Do not ask Cabinet members if they would vote for or against the deletion [him]. But they speculated, "This person would be with us. This person would not be. They counted the noses in this effort. "

Melissa Schwartz, McCabe spokesperson, said in a statement Paula Reid of CBS News on Friday said that "Mr. McCabe has not at any time participated in lengthy discussions on the use of the 25th Amendment, and he is not aware of such discussions. . "

"He was present and participated in a discussion that included a comment from Deputy Attorney General Rod Rosenstein regarding the 25th Amendment," said Schwartz, but she added that this anecdote was not included in her book.

The Department of Justice also stated in a statement: "As the Deputy Attorney General previously said, given his personal relationship with the President, there is nothing to invoke the 25th Amendment, not more than the [deputy attorney general] to be able to consider invoking the 25th Amendment. "