What the placenta could reveal about autism | Spectrum 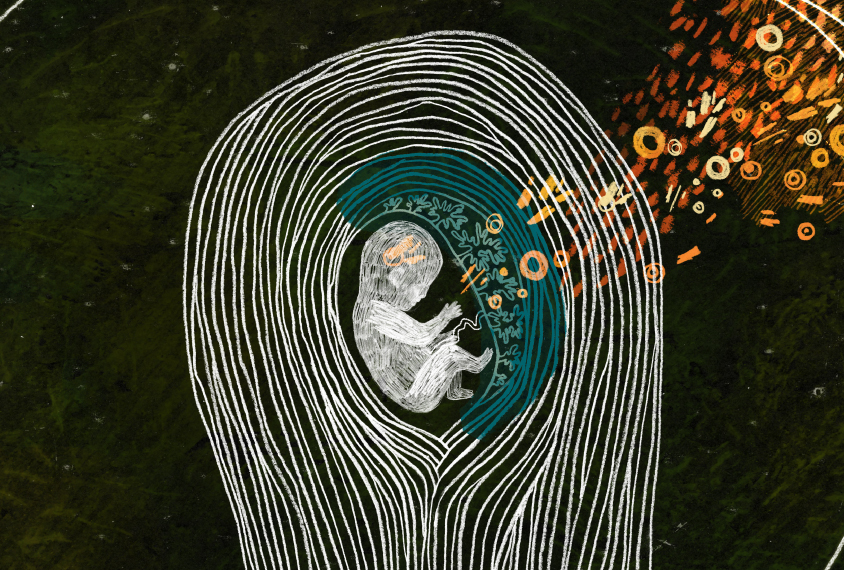 Activation of the mother's immune system during pregnancy may increase the risk of autism in her child. The study of the placenta and its location in the uterus where it resides could provide new clues to the link.

The placental-uterine limit is famous for the fetus's lifeline. The nutrients pass from the mother to her fetus through this channel and the waste returns to be removed. The interface does more: it also protects the fetus from infection and helps the mother's immune system to not attack it.

In recent years, researchers have made progress in identifying important details of this process. They have developed tools to understand the molecular biology of the interface and have identified several types of immune molecules that can harm the fetal brain.

We have known for some time that the mother's immune system evolves during pregnancy. Immune cells called cytotoxic T cells are removed because they can destroy the placenta and the fetus, which they treat as a foreign body. (These are the same cells responsible for rejection of organ transplants.)

In contrast, immune cells called B cells remain protective. These cells produce antibodies that cross the placenta to the fetus and drive away pathogens. Antibodies can persist and protect the newborn for months. Another class of immune cells called natural killer cells fight both invaders and the cytotoxic T cell response. Signaling molecules called cytokines, such as interleukin 10 and TGF-beta, also help maintain the immune tolerance of the mother to the placenta and fetus.

Many of these alterations occur at the interface between the uterine lining and the placenta, so researchers use it to decode immune communications at that location.

In a study last year, researchers described the gene expression of tens of thousands of cells taken from placentas in the first trimester, as well as those from the uterine blood and uterine lining of mothers. They used these profiles to generate an atlas of cell types and molecular interactions at this boundary, some of which were previously unknown.

They learned that there are three main types of natural killer cells in the maternal tissue. They have also identified a range of molecules that limit maternal immune responses.

Their findings reinforce the idea that the mother-fetus interface regulates the balance between protection against infection and healthy pregnancy, and indicate that this balance depends on the interaction of many molecules.

Researchers can use the atlas to study how this complex dance of molecules changes under certain circumstances, for example when a pregnant animal is exposed to a virus or is under stress. Some of these changes can affect the fetal brain and, consequently, the risk of autism.

Other teams are studying the effects of the mother's immune activation on the brain through changes in the uterine-placental limit. Some work suggests that some potentially damaging molecules secreted by activated immune cells, such as interleukin-6, can travel to the placenta or fetus, or both, and alter brain development.2. If this is true, efforts to block these secreted factors during pregnancy could help protect the fetus.

To understand the link between the immune activity of pregnant women and autism, researchers must look at all aspects of the mother's immune system. For example, my own work suggests that some women are genetically predisposed because of a loss of immune regulation to produce antibodies that recognize proteins in the developing brain. These "autoantibodies" recognize the same proteins in the mother; they can cross the placenta during pregnancy and bind to the fetal brain and harm it3. This genetic predisposition may partly explain why autism only occurs sometimes after a maternal infection.

Judy Van de Water is a professor of internal medicine at the University of California at Davis.