What to expect from spring practice this week? 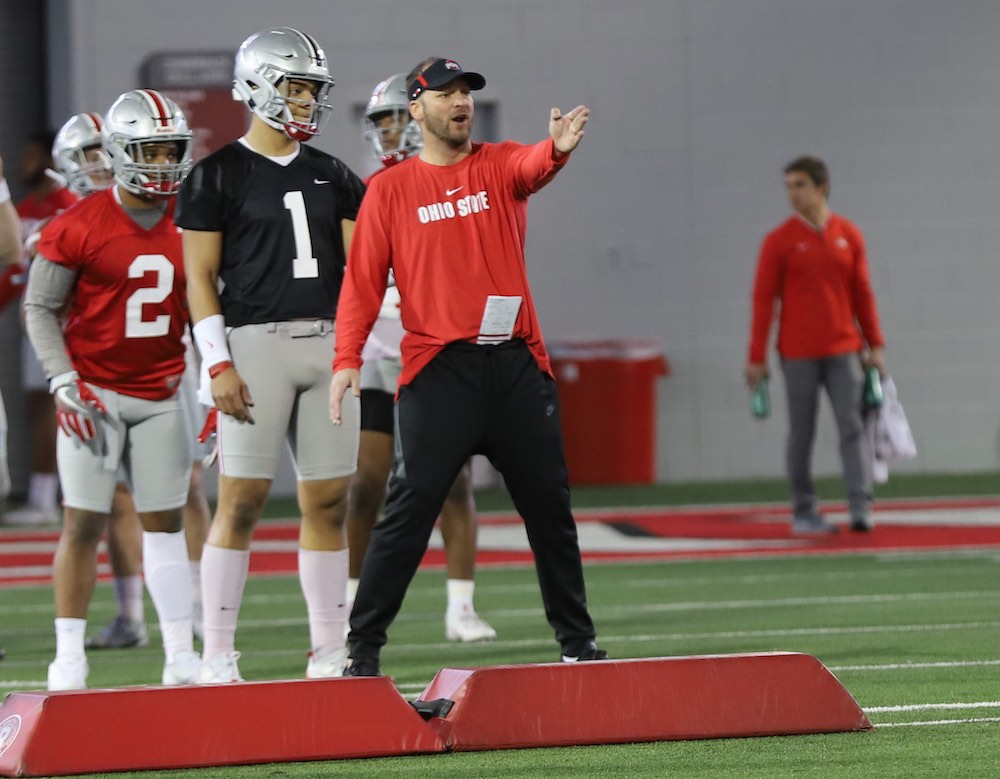 Today's topic: what do you expect from the springtime practice at Ohio State this week?

It will be about 30 degrees on outdoor training grounds Tuesday morning when the Buckeyes resume spring training. They will, of course, practice indoors, but the temperatures indicate that even though spring practice is back, it is still winter in the city of Columbus.

The practice will eventually come out, but probably not until next week.

Tuesday is the first of three practices this week for the Buckeyes. It will be spent to get back to the heart of the matter and install more attack and more defense. Evaluations will continue. There will be no access to the media before, during or after.

Thursday, however, business will begin to resume. As the fourth training camp of the spring camp, the Buckeyes can finally put the pads and start playing football.

As soon as you ask the coaches, at the beginning of the camp, how things are going, they will tell you that it is early and that they have not even put us the protections yet.

Well, once these pads are used, coaches will start learning a lot more about their team. The competitions will ramp up and the data will start to arrive.

After Thursday's closed training session, Buckeye's line-ups and half-breeders will meet the media, as will assistant coaches Al Washington and Tony Alford. This will be our second chance to speak with Washington, and the first since the last day of signing in February.

Given everything that has happened with linebackers in the last 12 months – and the change in the regime between linebackers – there should be a lot of things to discuss with Washington. The only question is whether or not he will answer one of the questions.

Saturday will be the third practice of the week, which happens to be also the annual student appreciation day, which means that the practice will be open to media and OSU students. (If you want to call it "Media Appreciation Day", this would also be fine.)

Last year, there was no student appreciation day, but in the past, it was an opportunity to watch a whole practice, including some simulations. Much of the practice takes place with the spectators allowed to be on one half of the field, making the limits tight for the team, but it also creates a fun and unique environment.

That's when everyone will finally have real information on all our urgent quarterback takes. It will be only the second place of the spring match, which proved unquestionably last year that Joe Burrow was a better quarterback than Dwayne Haskins.

After practice, students can then mingle and take pictures with players and coaches.

Once all these festivities are over, Head Coach Ryan Day will be speaking to reporters for the first time since before everyone's departure for Spring Break.