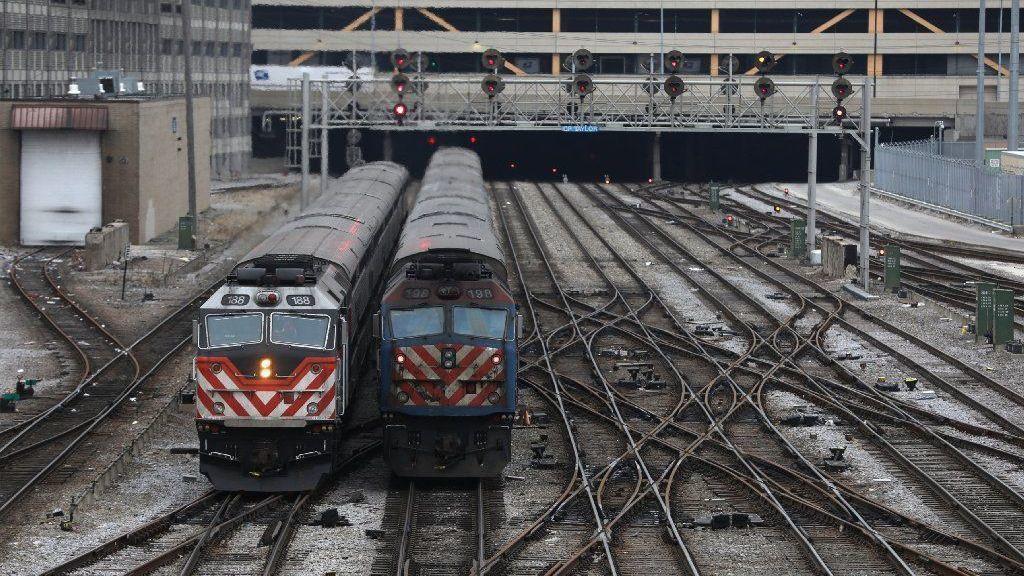 Union Station on Thursday night was crowded with commuters waiting for trains. Eighty-six Metra trains are currently affected, with delays of up to three hours. Amtrak trains are also delayed.

The message on Metra's website was clear: "Customers on all CUS lines should expect significant delays and congestion, and should consider alternative transportation, if possible."

If you take a train out of Union Station, it concerns you. Metra's BNSF, Milwaukee District West and the District of North Milwaukee, the Heritage Corridor, North Central and Southwest all report significant delays. Amtrak was also touched. In all, more than 60,000 people could look for another way to get home Thursday night.

What is the alternative?

Metra said: "BNSF will operate the" charge-go "service, trains not departing on a fixed schedule, but as soon as they are full, making all stops between Union Station and Downers Grove Main Street or all stops between Downers Grove Main Street and Aurora. Customers should consider using another means of transportation, such as the UP West line. Incoming service will be extremely limited. "

Some riders who usually use the west line of Milwaukee District may be able to use the Union Pacific West line to the western suburbs, which starts at Ogilvie Station. The Rock Island Line may be an alternative for some passengers in the Heritage Corridor, as well as for some SouthWest passengers.

Pace express buses using Stevenson and Jane Addams expressways, as well as blue, green and orange CTAs, may also be an option for some travelers. However, Pace does not add additional buses.

The CTA has announced that it will honor the Metra passes.

What about Uber and Lyft?

When will the service be restored?

At 5 pm, Metra said that it was not clear. But even after the system is restored, delays are likely, Metra said.