When will the United States achieve herd immunity with COVID? 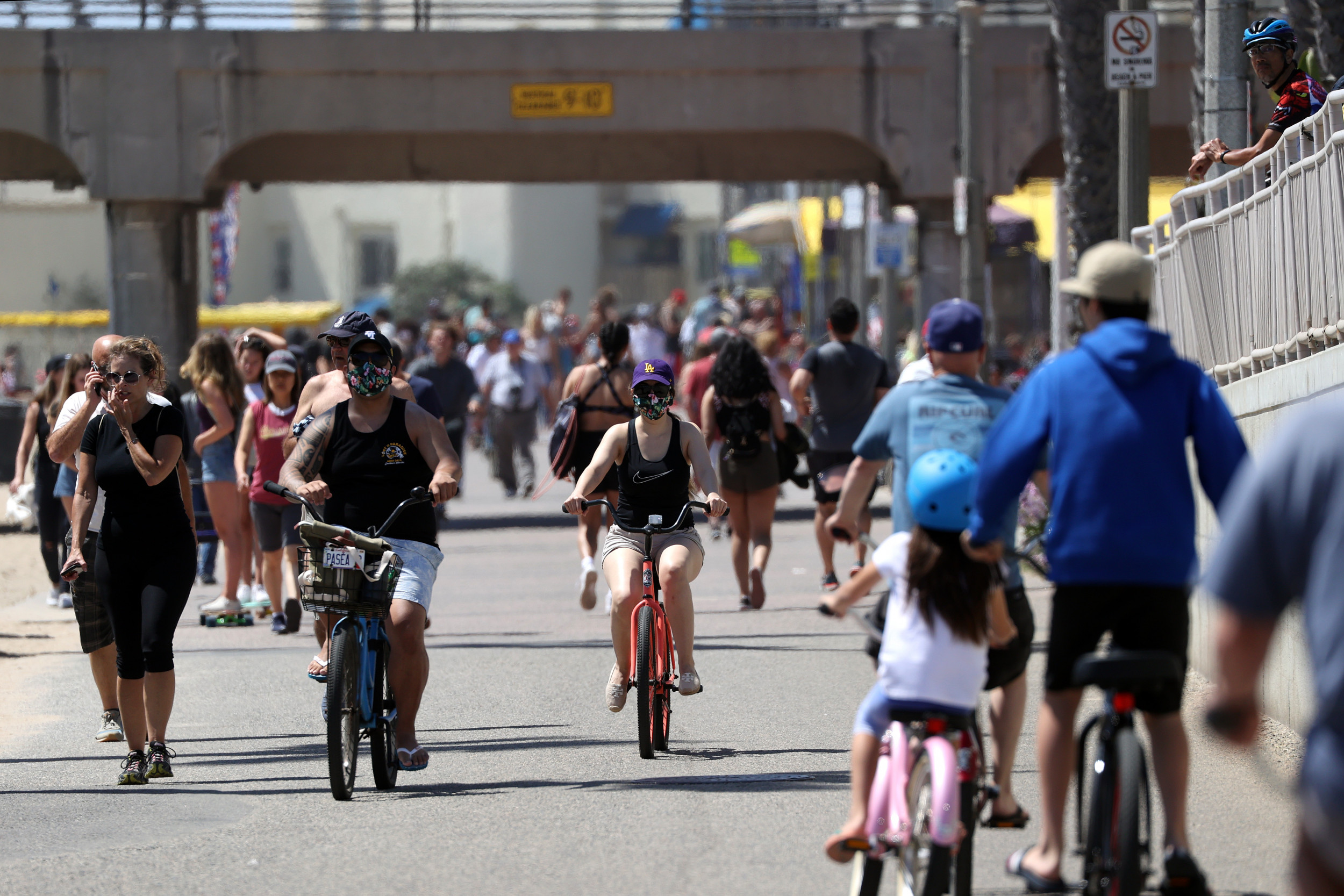 Collective immunity refers to the fact that having people immune to a virus in a given population will slow the spread of the virus in that population. The more people in this population who are immune, the slower the virus spreads.

Scientists refer to a herd immunity threshold, at which the percentage of immune individuals in a population is high enough for the epidemic to begin to stop.

This percentage differs depending on the virus. The more contagious viruses will have a higher herd immunity threshold than the others. For COVID, many scientists believe it is between 60 and 80%.

Vaccines and past infections can both be a route to herd immunity, but a number of factors, including new variants, reluctance to immunize, and lack of data on whether vaccines reduce transmission, make herd immunity difficult, if not impossible to predict at this time.

Lauren Meyers, professor of integrative biology and statistics and data science at the University of Texas at Austin, would not put a date on collective immunity in the United States.

She said Newsweek: “Several factors can hamper herd immunity, including lack of access to vaccines in resource-poor communities, reluctance to vaccinate in communities where vaccines are widely available and the continued evolution of the virus leading to to variants capable of infecting people who have already been infected or vaccinated.

“If new variants can infect people who have already been infected or vaccinated or if a large proportion of people do not get vaccinated, then we may not be able to get to the point where most of the population is immune.”

John Drake, director of the Center for the Ecology of Infectious Diseases at the University of Georgia, said the collective immunity threshold against COVID in the United States could be reached by the summer – but stressed that this would not necessarily mean the end of the epidemic. .

He said the variants were cause for concern, but highlighted reluctance to vaccination as a greater threat to herd immunity, as well as “the possibility of decreased immunity.”

He said: “I expect COVID transmission to decrease, but I don’t expect it to go away entirely.

“We do not yet have enough information on how often or how quickly immunity weakens. Recent research suggests that there is a lot of variation between people in the persistence of their immune response to SARS. -CoV-2.

“So at least some (and possibly all) COVID survivors should become susceptible again. This creates another avenue for the virus to persist in the population.”

Jennifer Dowd is an associate professor of demography and population health at the University of Oxford in the UK She said there were too many unknowns to guess a herd immunity date but added: “If kids can get the shot in the fall and there are boosters for new variants, that should make a big difference by New Year 2022.

“The good news is that vaccines still seem to be effective in preventing serious illness, even for newer variants, and a previous infection also likely decreases the severity. Even though SARS-CoV-2 does change shape a bit, our system immune system is very smart. “

One of the problems is that it is still uncertain to what extent vaccines prevent the transmission of COVID, even if they are effective in preventing serious illness and death.

Some data is emerging. An Israeli study from February that was not peer reviewed looked at post-vaccination infections with the Pfizer vaccine and found that the viral load – the amount of virus in the body – was quadrupled 12 to 28 days after vaccination, what the study says hints at lower infectivity.

Another February study from the Harvard TH Chan School of Public Health, which was also not peer-reviewed, said evidence was “scarce” on vaccines that prevent transmission of COVID, but found that Moderna vaccine could potentially reduce transmission by at least 61% based on data and simulated randomized controlled trials.

Meyers said Newsweek: “There is promising evidence that several of the major vaccines provide some degree of protection against asymptomatic infections, in addition to symptomatic infection, but we do not yet know exactly how effective they are at preventing transmission.”

Drake said: “Yes, it’s still not clear to what extent vaccines confer protective immunity. But we do know that they reduce the severity of symptoms, which is correlated with transmission. So even though vaccines don’t eliminate not completely the transmission, they should still reduce this. “

The graph below, by Statista, shows the countries with the most comprehensive vaccine deployment. Israel has been touted as the best, and scientists hope to collect more data on vaccine effectiveness as deployments continue.

Scientists will look to countries with high vaccination rates to study the data and get a better idea of ​​how vaccines prevent disease, mortality, and transmission rate, which could shed light on the immunity predictions of herds.

Meyers said Newsweek: “Scientists are working to learn as much as possible about the impact of vaccination on virus transmission, including new variants emerging. Data from countries that have successfully vaccinated a large part of their population , like Israel, will be essential to meet the challenges ahead.

Dowd said: “All eyes are indeed on Israel as it should be the first real vaccine test at the population level. So far, cases are dropping much faster in the groups vaccinated first, but only the Time will tell to what extent vaccines will eliminate hospitalizations – and deaths in the real world. So far, the data looks very encouraging. “