Why are more Americans than ever dying of overdoses? | American News 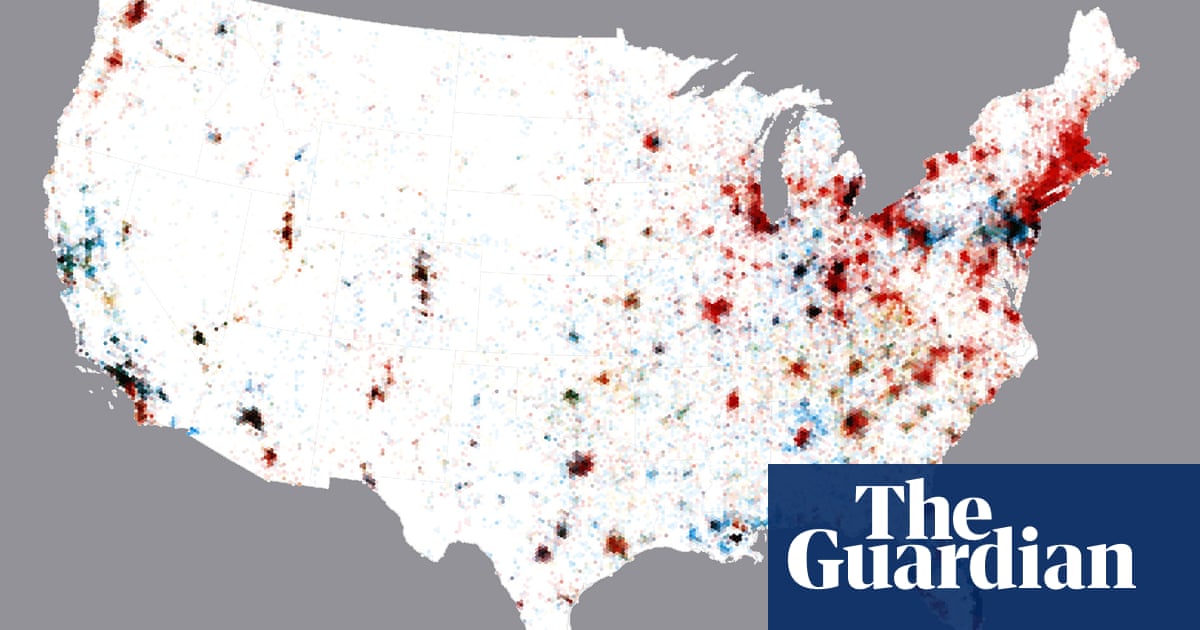 The growing drug crisis in the United States is more lethal than gun violence, road accidents or AIDS, which have not killed as many Americans in a year as the overdoses of 2017.

The recently confirmed figures released by the Centers for Disease Control and Prevention (CDC) show the growing magnitude of the crisis.

The drug epidemic is not limited to a small number of states or low-income regions, but has spread across the country. Although there are concentrations around the midwest and regional differences in the type of substance, overdose deaths occur everywhere.

Big cities and rural areas are now in crisis

One factor that fuels the problem is that illegal narcotics are more readily available than ever, as drug distribution networks have spread to rural and suburban areas.

But there are other elements at work. One of the reasons that illicit drug dealers are able to proliferate so widely in the Midwest and other regions is related to the market there. Thousands of people who have developed prescription addiction for the first time are in these areas.

The roots of the crisis

The American medical sector has always been a major consumer of opioids, substances producing effects similar to those of morphine. In the 1990s, opioid-based pain relievers became a common remedy for various ailments, such as back pain and arthritis.

Pharmaceutical companies have been pressuring doctors to prescribe new formulations such as OxyContin, which they claim could provide effective pain relief without the risk of dependence, even for long-term patients .

US medical sector ranks second in the world for opioid use

Consumption of opioids per year and per capita in the retail drug sector, in morphine equivalents

As a result, the consumption of opioids for medical purposes has more than tripled, far exceeding the levels seen in other countries. Today, the US medical sector ranks second in the world for opioid use behind Canada, which is struggling with its own overdose crisis.

Tiffany Lombardo, director of addiction services at a local mental health board in Butler County, Ohio, said: "The number of doctors who prescribe opiates was high and we, as a society, did not Did not have a clear idea of ​​the impact it would have in the long run. "

Tim Phillips, who heads a drug overdose task force, also says that availability was a determining factor: "a lot of that money was made up of people selling surplus, over-prescribing, pharmaceuticals, etc. like that."

Why does this continue to worsen?

The crisis has pushed federal and local authorities to struggle to find ways to prevent and treat addictions, and to punish those responsible.

States have since filed numerous lawsuits against opioid manufacturers such as Purdue Pharma, which makes the powerful drug OxyContin. Purdue's family members are under criminal investigation.

The drug was reformulated in 2010 to make abuse more difficult, and in 2016, the CDC issued guidelines urging doctors to restrict the prescription of opioids. After years of growth, opioid prescriptions have declined.

However, efforts to limit the abuse of prescription drugs have had a limited effect as users have turned to cheap, readily available and dangerous street drugs such as heroin and fentanyl. Prescription opioid overdose deaths decreased slightly in 2012, but deaths from heroin and synthetic opioids have increased dramatically.

Recent research by Dr. Hawre Jalal has shed light on these changing dynamics.

While overall mortality rates have tended to increase, specific substances have increased at different times

What do we do?

Donald Trump said opioid addiction was a national emergency in 2017; a year later, he signed a bill to promote the development of non-addictive painkillers.

Some local services are grateful for federal resources, but there is also a call for more emphasis on broader issues of addiction.

"We appreciate the money and the importance given to the opioid epidemic, but you can not do without addiction. You have to see what the trends are, it needs to evolve with you and public and federal funds are sometimes lagging behind the current epidemic, "said Scott Rasmus, executive director of the county's Mental Health Council. Butler.

Meanwhile, county overdose awareness teams continue to venture into the streets to stem the crisis. Lombardo, coordinator of addiction treatment services, wants to send a clear message to those involved: "Listen, we are a caring community and we want to make sure people get the help they need. need not to end up as a statistic. . "

The number of overdose deaths comes from the Centers for Disease Control and Prevention.

The overdose distribution maps are based on 160,184 deaths recorded from 2012 to 2016. County death counts were combined with a population density grid.