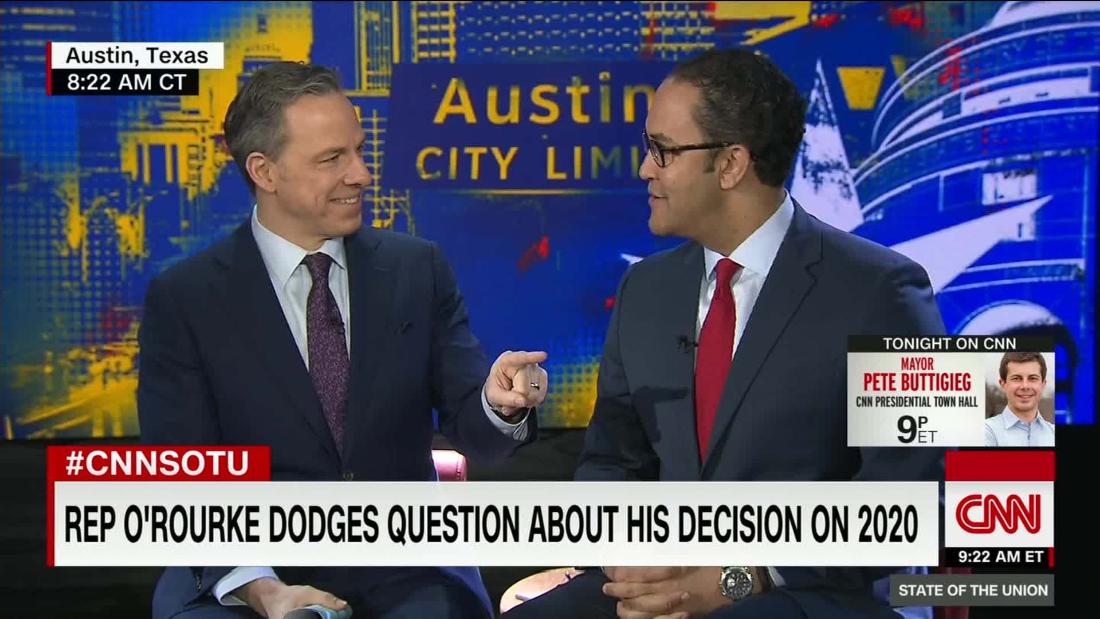 "My plan is to vote for the Republican candidate," Hurd told Jake Tapper, of CNN, on "The State of the Union."

"So, would you vote for President Trump on Beto O 'Rourke?" Tapper asked.

"It is very likely that Donald Trump is the likely candidate, right," Hurd said.

"It's very clear," Hurd replied. "Unless Beto O 'Rourke decides to run as a Republican, which I do not think he intends to do."

Hurd, who is the only Republican in the House representing a Texas district along the southern border, criticized Trump, including the president's proposal to create a border wall.

"Building a 30-foot-tall concrete structure from one sea to another is the most expensive and least effective way to secure the border," Hurd told Tapper Sunday, adding that "we should focus on technology and the workforce, "physical barriers where it makes sense".

Hurd was one of 13 Republicans who had voted to block Trump 's national emergency declaration demanding to transfer funds to the southern border.

"This gives the president some powers that, I think, go against what our constitution has established," Hurd said.

In 2017, while they were both in power, Hurd and O. Rourke made a trip on the bipartite route between San Antonio and Washington, DC, broadcasting their route over 1,600 km.
O 'Rourke, who has lost an offer for the Texas Senate against Ted Cruz, is questioning the opportunity to participate in the 2020 race.
[ad_2]
Source link
Share