Will Prince Harry and Meghan Markle break the "royal rules" for their child? 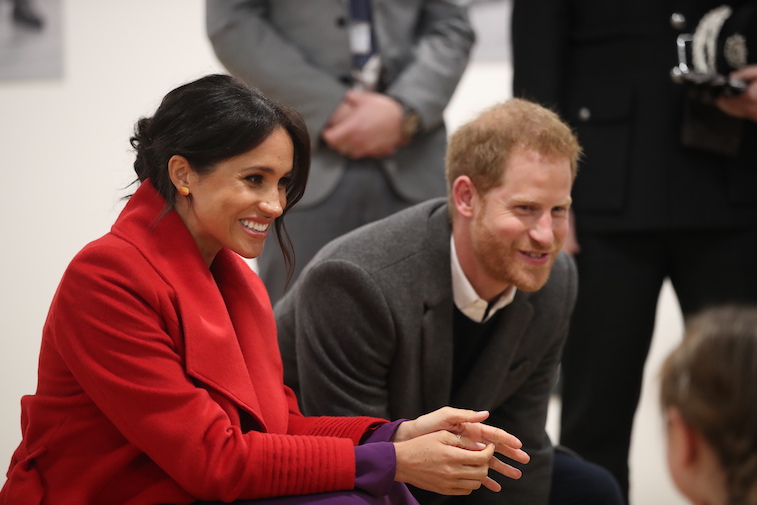 Parenting can already be hard work for anyone, although when you are a member of the British royal family, raising a child also means adhering to a number of rules established by the Queen or by unspoken traditions.

Now that Prince Harry and Meghan Markle are waiting for it, many royal observers are curious to know where the Duke and Duchess will find themselves in terms of strict protocol compliance. they are cautiously trying to respect all the rules or will they be rebellious and ignore some of them?

What are the rules for royal parents?

Prince Harry and Meghan Markle will have to do a variety of things to help their child become a good representative of the royal family.

For example, royal children should be well educated and study in schools with an excellent reputation. They must also learn to behave and talk about good manners, including saying "please" and "thank you" (while keeping in mind some words that the queen has banished) .

However, some rules may seem odd enough for strangers, such as banning Monopoly or eating shellfish and pasta at home.

Do Prince William and Kate Middleton respect the rules?

The older brother of Prince Harry and his wife, the Duke and Duchess of Cambridge, already have three children and it is common knowledge that they do not follow all the rules.

The couple adheres to certain traditions, for example when it is a question of giving their children a superb education and of teaching them how to behave in public.

Still, Prince William and Kate Middleton are more relaxed than Queen Elizabeth II on some other protocols. They prefer to let their children attend local institutions rather than boarding schools like most royal families before them. The Duke and Duchess also often eat pasta for dinner at home. And they talked about wanting to be emotionally close to their kids – which is definitely very different from the passive approach used by the queen with her own group of kids. The Duke and Duchess of Cambridge have even received reproaches from His Majesty for coming to the level of the children to talk to them instead of standing up.

Will Prince Harry and Meghan Markle break the rules of royal parenting?

As with Prince William and Kate Middleton before them, it is very likely that Prince Harry and Meghan Markle will give up any rules and traditions that they deem inappropriate for their modern family.

Prince Harry himself was, many years ago, a young rebel who did not fit perfectly in the perfect image of a royal prince. Last year, he broke the royal tradition by marrying Meghan Markle, an American divorced woman of biracial origin. Since she became Duchess, Meghan Markle is also renowned for not following certain rules up to the T, as she should do. As such, it's easy to see that it's about two members of the royal family who are not really afraid to push their limits.

We do not yet know for sure how far the Duke and Duchess of Sussex will deviate from the royal protocols for raising their child. However, it is likely that they will follow in the footsteps of Prince William and Kate Middleton to become involved parents who will give their child a normal childhood as possible.

Both of them have already moved to Frogmore Cottage, a home in the countryside outside of London, to give their growing family much needed privacy. Meghan Markle even indicated that she wanted to give their child a relatively normal education.

Since the Duchess of Sussex also has close ties with her mother, it seems that she will try to create a similar relationship with her child, which means that it should not just be left to nurses or at a boarding school as many royals have done in the past. Likewise, the mother of Princess Diana, Prince Harry's mother, was warm and loving towards her two sons, so Harry will also strive to do the same as a parent.

Nevertheless, given the current succession, the future children of the Duke and Duchess of Sussex will be at least seven places from the throne, making their chances of inheriting the title of King or Queen extremely improbable, in especially when Prince William's children will have their own offspring in the future. Thus, it is possible that Prince Harry and Meghan Markle have a little more leeway as to how they choose to follow parenting protocols than someone better able to inherit the throne.