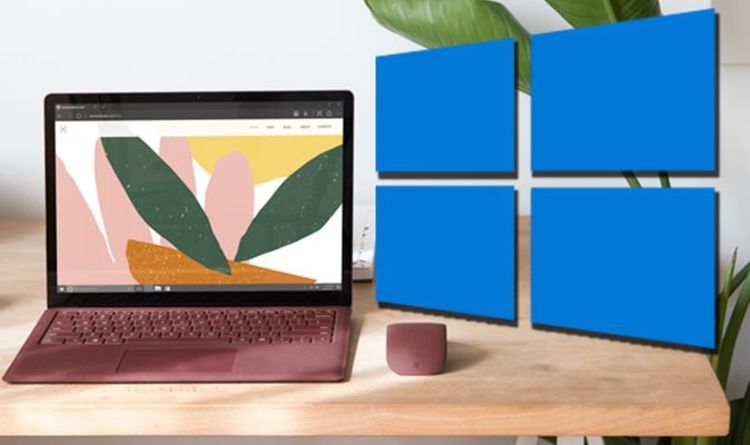 Windows 10 should be reviewed next month when Microsoft releases the duly named update of May 2019 for all fans.

The new software should radically improve the operating system by introducing a series of new tools for users.

One of the most notable is the Start Menu operating system, one of the most fundamental pillars of searching and sorting among different applications.

First and foremost, the May 2019 update will introduce a "simplified" start-up layout for new Windows 10 devices, making them easy to use.

"The new presentation has been simplified into an elegant one-column design with reduced top-level tiles."

Microsoft also doubles the number of preinstalled applications that can be removed from Windows 10.

This means that once the update is downloaded, fans will be able to scroll through their list of programs using the Start menu and get rid of those they do not want or need.

Microsoft has also recently touched on many other improvements to the Start menu, one of the most notable being the ability to unpin a folder or group of mosaics.

The company added that the added functionality to manage multiple mosaics "was one of the most voted requests" of users.

The most important new upgrade to get started in the Windows 10 update, May 2019, is what Microsoft calls a "performance boost."

The American tech giant explained that the upgrade creates a "separate application for the Start menu", rather than linking it to other functions.

It has been said that the independence of the Start menu isolates it from "potential problems affecting other surfaces", which means that it should be more reliable and its opening should be "significantly faster".

Explaining this change, Microsoft said: "During the 19H1 advancement, insiders also provided us with valuable information about the performance issues that were occurring with some versions of Insiders Preview.

"We were able to quickly resolve these issues (such as delays in launching some Win32 applications) with later releases, but we also introduced an update that would have an even deeper impact on overall reliability: we created a separate application for the Windows Start menu.

"Until then, Start was part of Shell's overall experience." "Moving Start in its own application, while still feeling integrated with Shell, offered many benefits to users by isolating Start from potential problems affecting other surfaces. Insiders were able to measure improvements in boot reliability.

"With the new application in place, Start was opening up much faster." Even better, since Start is an important part of the overall Windows experience for most users, we found that these improvements in reliability contributed to improve the performance of the entire operating system. "

In addition to improving the Start menu, the update to Windows 10 May 2019 also adds a legion of new features that have already been described by Express.co.uk.